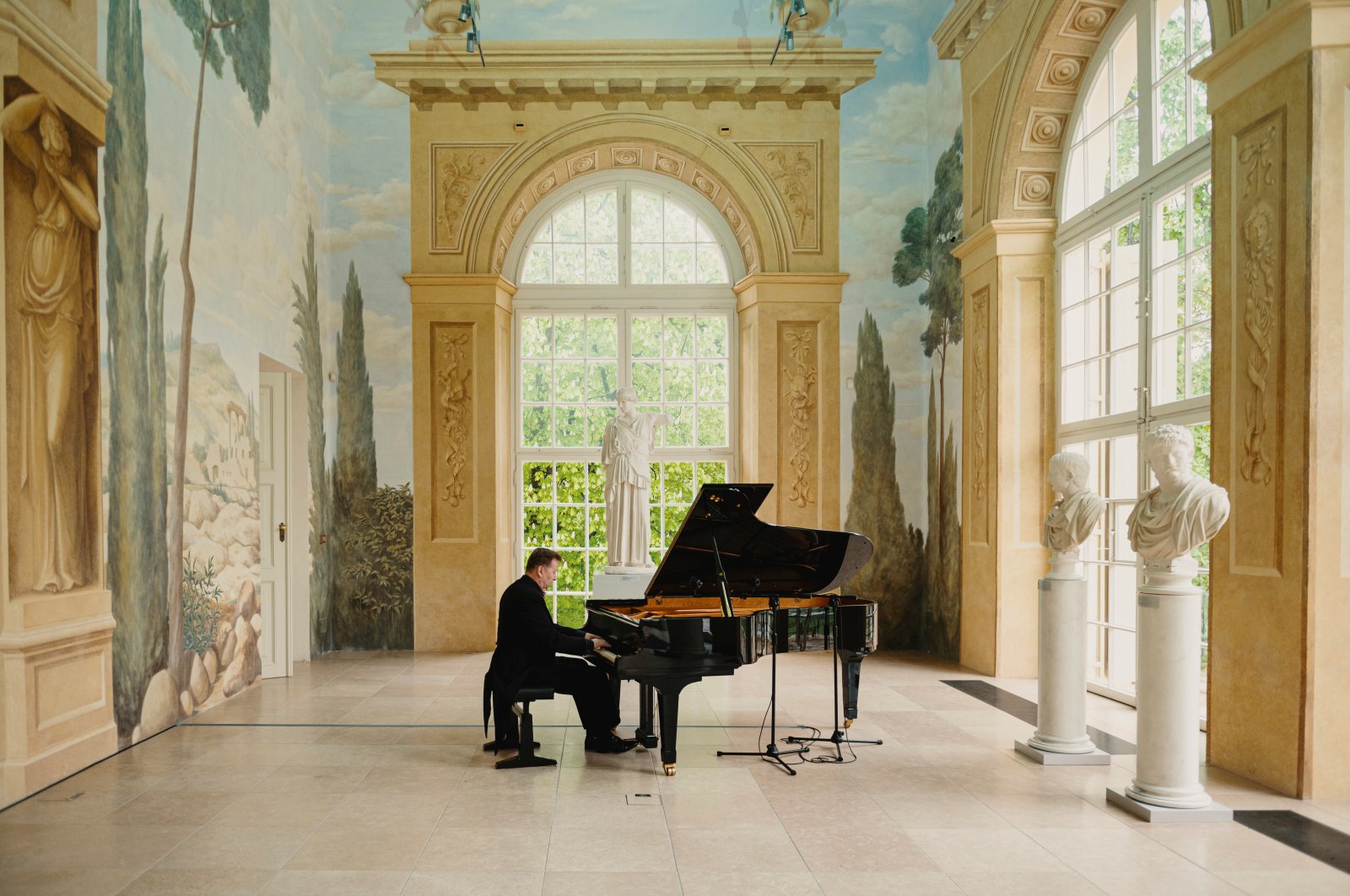 Pianist Karol Radziwonowicz plays Chopin's concert during a recording for online release, amid the outbreak of the coronavirus disease (COVID-19) in Warsaw, May 6, 2020. (Reuters Photo)
by REUTERS May 19, 2020 3:40 pm
Edited By Irem Yaşar
RECOMMENDED

Lovers of Frederic Chopin's music who usually flock to a central Warsaw park on Sundays for open-air concerts will have to go online this season to hear the weekly performances because of restrictions imposed to curb the spread of the coronavirus.

The concerts are a key event in the Polish capital's summer cultural calendar, with performers serenading citizens in the elegant setting of the Royal Lazienki Park with concertos, nocturnes and other masterworks by the great romantic composer.

But for the first time in more than six decades, the green square dotted with benches near a statue of Chopin had only pre-recorded music pouring from loud speakers on Sunday, when according to tradition the first outdoor concert of the season had been due to start.

Chopin fans who didn't come to the park could also go on YouTube to hear the first concert, featuring Polish pianist Karol Radziwonowicz, which had been pre-recorded in the park's Orangery.

The decision to livestream the concerts, a result of the restrictions on public gatherings, was unsettling, said Andrzej Matusiak, director of Stoleczna Estrada, the group that organizes the annual event.

"The concerts we recorded happened without the public. It was weird, it was surprising, for us and for the pianists. They were playing and there was no audience, no applause at the end," said Matusiak.

The Sunday outdoor concerts began in 1959 in honor of a composer whose music is deeply tied up with Polish national identity. The Chopin statue, erected in 1926, was blown up by the Nazis in 1940 during their brutal occupation of Poland and its reconstruction was a reaffirmation of national pride.

"(The statue) is something sacred for us, it is our (national) treasure," said Teresa Poniemierska, a regular frequenter of the open air concerts who was out for a stroll in the park on Sunday.

She welcomed the decision to livestream the concerts in view of the current lockdown restrictions, saying they would give Chopin music lovers "some satisfaction."

"No one can imagine that, after 60 years, we won't have Chopin's music in Warsaw in May," Matusiak said.

The open-air concerts run from May until September. It remains unclear when Warsaw will lift its ban on public gatherings, though Matusiak said he hoped it would be before September to allow the resumption of the concerts in the park.

Poland, a nation of 38 million people, has so far reported 18,394 confirmed coronavirus cases, including 919 deaths.