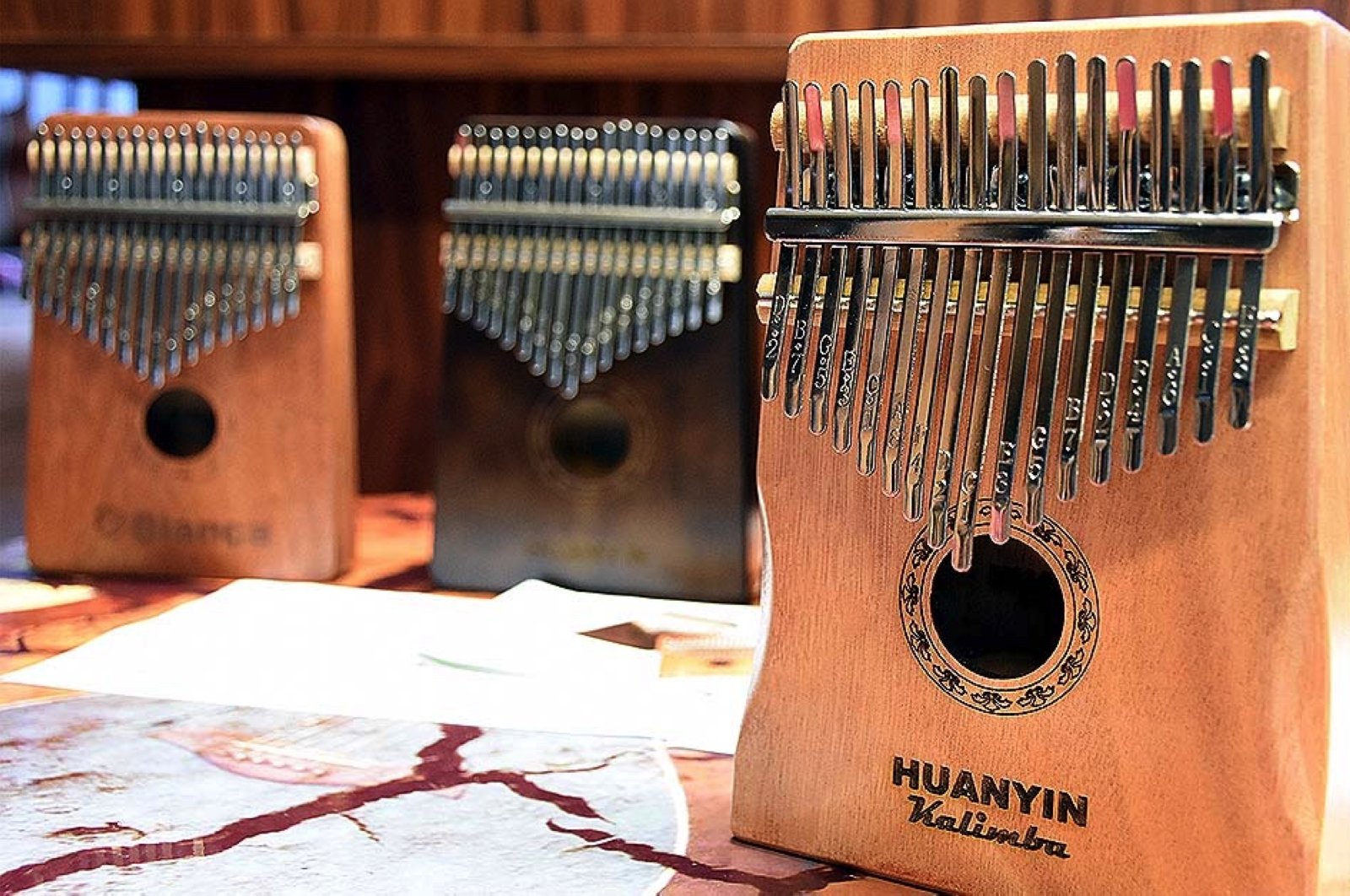 The mbira, also known as a thumb piano, is an African musical instrument that has recently been generating intense interest in Turkey. The instrument, widely used in religious ceremonies and weddings in the Democratic Republic of the Congo and Zimbabwe, has been spreading worldwide since the 1950s and has attracted interest in the country in recent years.

The mbira, which has 17 metal keys placed on wood, is played with thumbs while being held with two hands, offering a distinct experience to music lovers.

There has been a significant increase in sales of the instrument in the last month when many people complied with calls for social isolation.

In an interview with Anadolu Agency (AA), Rüstem Avcı, who has been teaching music and selling the instrument for 36 years in the western Bursa province, said that the mbira, which is smaller in size compared to many other instruments, is easy to play and therefore people who stay in their homes have developed an interest in it.

Indicating that the growing demand in mbira has surprised him as well, Avcı continued: “We have not seen a sales chart like this in 36 years. I mean there is a sales chart of musical instruments such as guitars, pianos, violins, sazs and so on. You could sell three to five a day, but you could never sell 500 a day. Due to the coronavirus, everyone is confined at home. It is as if everyone has met mbira. This has stunned us. We are trying to respond to demand with our existing stocks. Due to the high demand, we receive the product we usually imported by ship previously from cargo planes now. While we sold 20-25 mbiras a day until a month ago, our sales have risen to some 500 daily pieces during the coronavirus outbreak. We are sending hundreds of mbiras every day to all parts of Turkey, including Şırnak, Edirne, Kars, İzmir and Hakkari provinces. We hope that the stay-at-home process will not last long, but we are happy that people have met mbira.”

Emphasizing that the mbira is a musical instrument that even those who are not interested in music can easily play, Avcı noted: “As far as we see, people who are confined at home have clung to the mbira to improve the quality of their time.”

Mbira notes are quite plain because they date back 3,000 years. The ethnic and mystical musical instrument was used to treat many mental illnesses and similar afflictions in the past. Even today, it is still used in voice therapy, and it is only one of 14 instruments used for this purpose. The vibrations and timbres the mbira lets out have a healing effect on the brain, and it has also been proven to reduce stress and anxiety.

As with many other instruments, mbira notes are A, B, C, D, E, F and G, with A the highest and G the lowest. In addition to these notes, it also makes sharps and flats. The sharps lower the note half an octave, and the flats increase a note by half. This musical instrument, which is two octaves, is present in many musical genres. In addition, since the mbira varies according to where it is used, the keys and plates on it can increase and decrease, and it can vary in terms of octaves or number of notes.