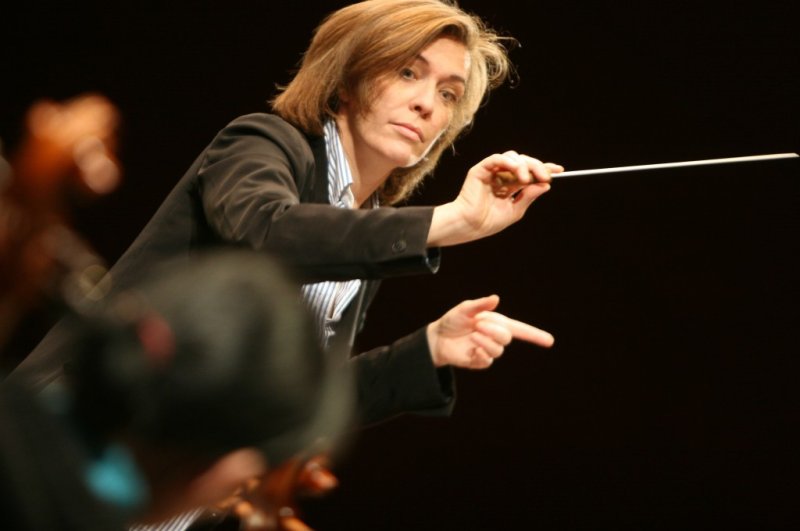 The Cemal Reşit Rey Symphony Orchestra will perform under the baton of Laurence Equilbey on March 7. (Courtesy of CRR Hall)
by DAILY SABAH Mar 05, 2020 12:16 pm

The Cemal Reşit Rey (CRR) Concert Hall in Istanbul will offer two concerts to celebrate International Women’s Day on March 8. At the first concert, scheduled for 8 p.m. on March 7, the Cemal Reşit Rey Symphony Orchestra will be led by French female maestro Laurence Equilbey. Pianist Anna Genuishene, who has won awards in many competitions, will perform the works of Felix Mendelssohn, Clara Schumann and Louise Farrenc.

The day after, on March 8, at 8 p.m., the concert “Female Composers from the Ottoman Era to the Present" will be performed. Three distinguished female soloists – Dilek Türkan, Çiğdem Yarkın and Gül Yazıcı – will perform the works of a wide range of female composers, from Adile Sultan to Melahat Pars. Ahead of the concert, at 7 p.m., a panel titled “Women's Movement in the Ottoman Era” will be held, featuring political scientist professor Serpil Sancar and political scientist, author and professor Fatmagül Berktay as speakers.