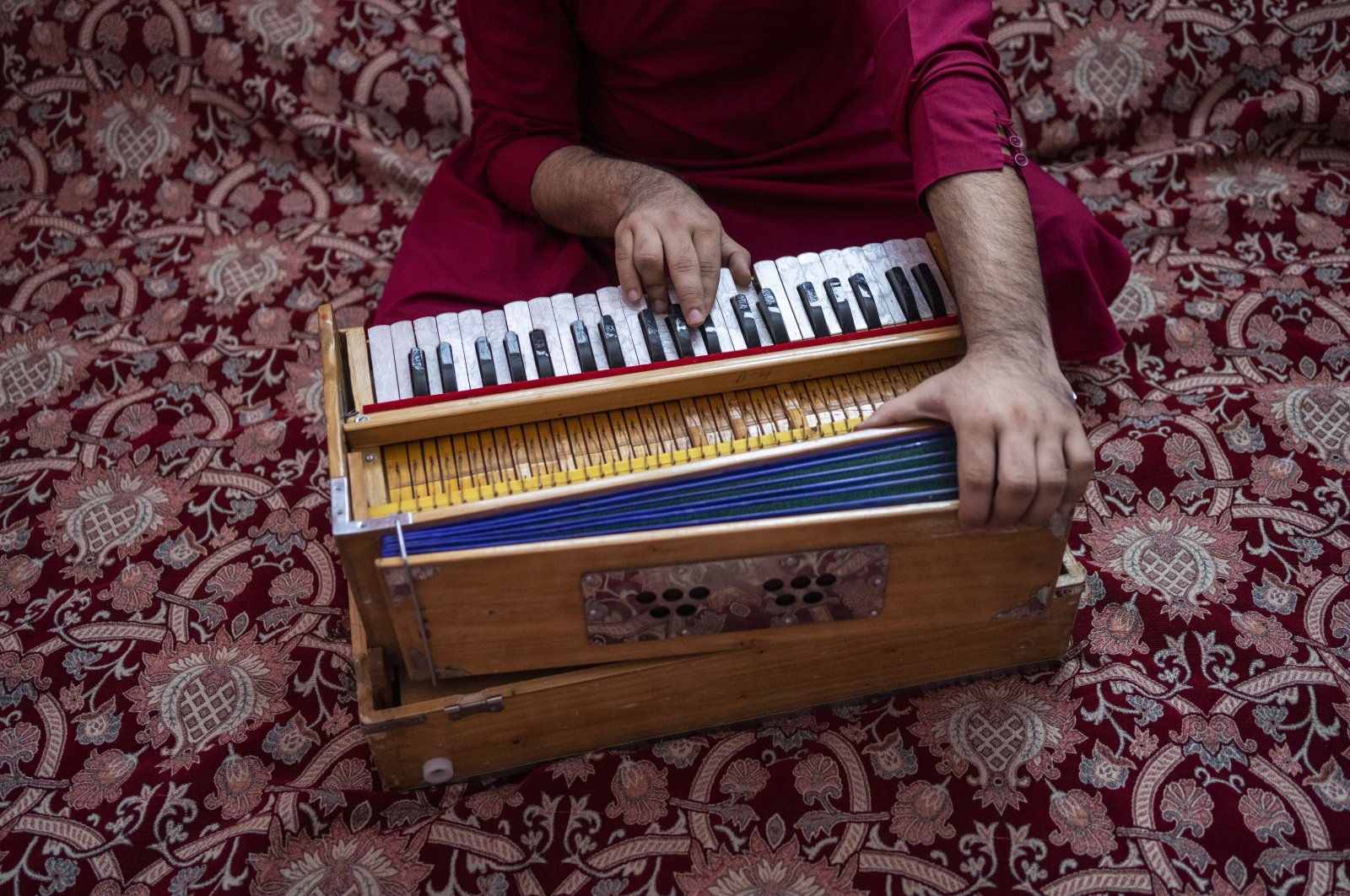 Afghan Abdul Qadeer was a professional folk singer before opening a small roadside electric motor repair shack in Kabul’s Shor Bazaar, but he abandoned his musical career after the Taliban seized power in Afghanistan's capital.

Since early morning, no one has come, he said, and things have been getting increasingly tough financially.

He is not the only Pashto and Dari folk singer who has been struggling financially since the Taliban seized control. Many like him have been forced to leave the entertainment profession and are now looking for new ways to support their families.

A small music market called Sar-e Chowk in Shor Bazaar, which boasted more than 100 outlets on a 200-meter (656-foot) street, has been depleted of musical instruments, musicians and folk singers since the Taliban seized power and proclaimed Shariah.

Buildings that once were known for music-related entertainment have since closed and ground-level shops have been converted to offer a variety of everyday items.

"I am a vocalist and I used to earn by singing at different functions," Qadeer told Anadolu Agency (AA).

But now he works as a mechanic on the side of the road.

The majority of artists have left the country, and those who were unable to have found alternative work, he said. "Some now sell vegetables, while others make Bolani," alluding to a famous Afghan street food, a kind of stuffed flatbread.

A young adolescent on the street, who seemed to have been in the entertainment business for some time before starting a cell phone top-up shack, said the shops that sell and manufacture musical instruments on both sides of the road, where singers also used to sit, have either been abandoned or converted to sell daily-use items.

When asked about what happened to the music outlets, Jamshed, who introduced himself with a single name, chuckled and responded: "You don't know, everything is gone," pointing to multiple shops selling various culinary products.

On this busy street, voices can now be heard selling food items – but hymns in human voices unaccompanied by music and extolling the Taliban appear to be the only permitted musical entertainment in Shor Bazaar.

Taliban members were everywhere, each fighter wearing a white ribbon on their forehead with "Islamic faith" written on it, making local shopkeepers fearful of discussing music.

"I am a butcher, waiting for customers, and this is my business," Rais Mohammad claimed, denying that he ever worked in the entertainment business, despite Jamshed's assertion that the artist is now selling meat at the shop where he previously made and sold musical instruments.

On Sept. 17, the interim Taliban administration disbanded the ministry of women's affairs, and its buildings were given to the interim ministry responsible for promoting values and prohibiting vices.

People used to come here to buy different musical instruments and hire vocalists and musicians for weddings and other celebrations, he said. "But not know."

Recently, a video posted on the Taliban's social media platform showed members dancing "Attan" to the tune of a traditional Afghan drum beat, indicating it may be permissible under Shariah, said an Afghan journalist covering culture and entertainment for a local news outlet.

"There is a hope that Attan may be allowed," said Pervez Khan Karokheil, referring to the traditional Pashto circle dance.

Hundreds of workers in the music industry are now facing hardships and considering other possibilities for their and their families' survival.

Popular Afghan artists and musicians began fleeing the country even before the Taliban seized power and established their interim government. They were cognizant that the situation could change at any time and many secured dual nationality.

When the Taliban took control of Kabul on Aug. 15, Aryana Sayeed, a well-known female vocalist who is also a Canadian citizen, was in the city. She was fortunate to get a flight out with her fiance that day.

At least six traditional folklore singers have fled to neighboring Pakistan with their families in recent weeks, fearing persecution following the execution of Fawad Andrabi in northern Baghlan province, according to media reports.

His son Jawad Andrabi blamed the Taliban directly for his father's killing. The local council of the Taliban denied involvement and promised to prosecute his killers.