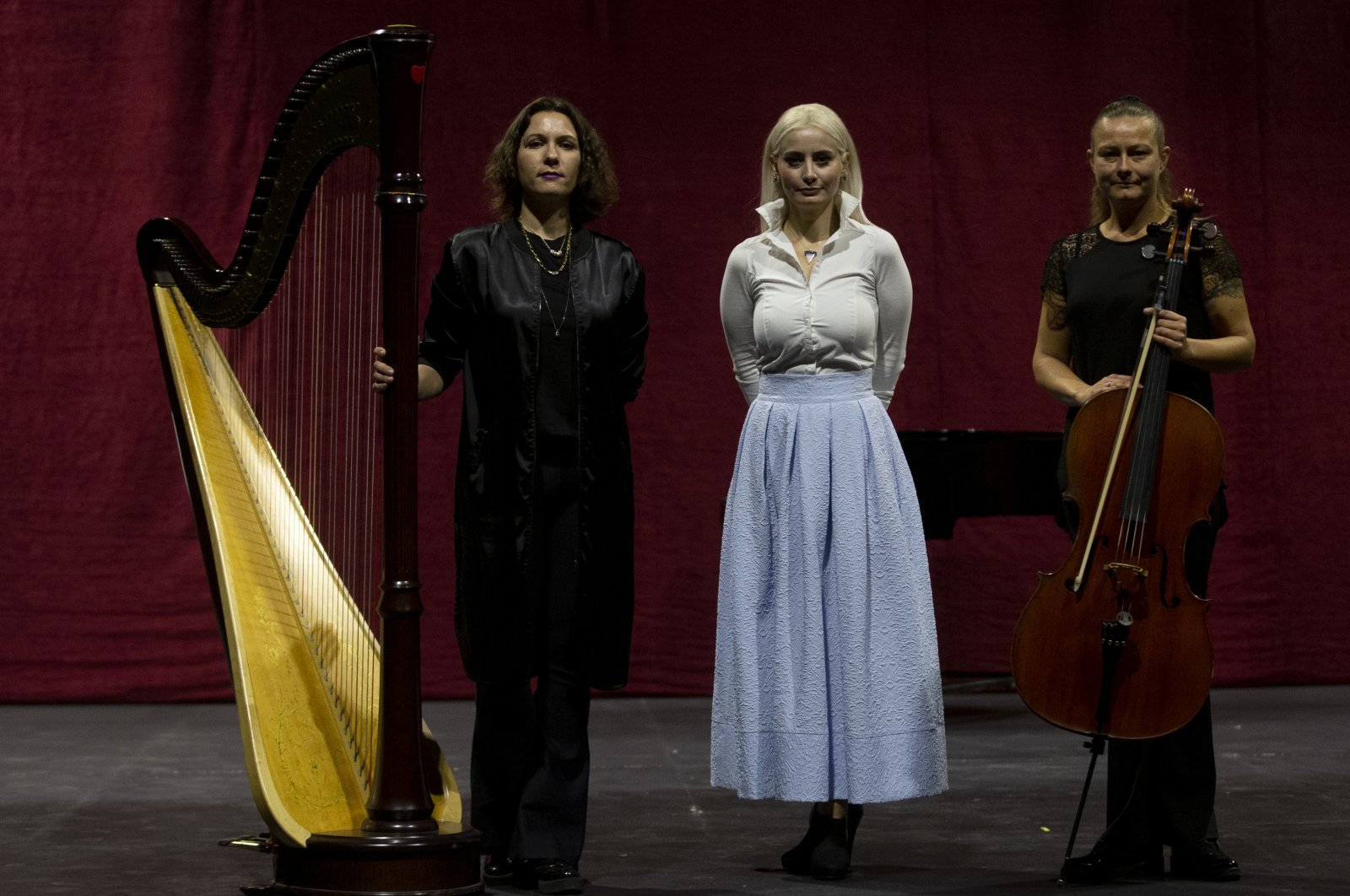 Venera Ensemble, founded by three female artists of the Antalya State Opera and Ballet (DOB), will convey the struggles, elegance and emotions of women throughout history to the audience on the opera stage. Comprising of violoncellist Veronika Yeliz Efe, harpist Senem Çine and mezzo-soprano Gülçin Gültekin, the ensemble will perform spellbinding concerts with an exceptional repertoire throughout the season.

Violoncellist Efe and harpist Çine joined hands under the leadership of mezzo-soprano Gültekin to realize the ensemble project one and a half years ago. Inspired by the planet Venus, which is described as a symbol of love and beauty, they named their group Venera Ensemble, meaning Women of Venus.

Following a forced hiatus due to the COVID-19 outbreak, the three artists resumed their work after lockdowns and other restrictions ended in June. During rehearsals, the female opera singers prepared a broad repertoire to bring together art lovers with works reflecting diverse women's stories. While one of the works in their repertoire tells the story of the first love a woman experienced in the Baroque period, another work spotlights the tears of a woman cheated in France. The most emotional piece expresses the feelings of a mother lamenting for her son who has not returned from the battlefield in Anatolia.

Venera Ensemble will give its first concert at the Haşim Işçan Cultural Center in southern Antalya province today.

In their performances, the opera artists render the narratives that reflect the struggle, success and naivety of women as well as violence against them with the trio of cello, harp and singing. The joys and sorrows experienced by women from Ancient Greece to the present day also find a place for themselves in their repertoire through the language of art.

In an interview with Anadolu Agency (AA), Gültekin said they named the ensemble after the planet Venus, which has been a source of inspiration for many artists in vast geography from Göbeklitepe to Ancient Greece and from Mesopotamia to the Far East for ages. She highlighted that they chose the harp to tell the combative and strong aspects of woman, and the violoncello to express a naive aspect.

Inviting art lovers to their concerts, Gültekin said: “We associate the power, elegance and beauty of the woman to the planet Venus. We want to highlight the beauty of women while expressing their troubles through art. Venus is one of the largest and the brightest planets in the sky. As these characteristics evoke women, we set out as the 'Women of Venus.’” Pointing out that art is a passion for them, Gültekin stated they take the stage under any circumstances with the principle “stage curtains will not close.”

Harpist Çine also noted that their rehearsals for concerts last four hours daily as they want to offer people the best. Reiterating that they prepared their repertoire to support women, she added: “We believe that women should go all the way down the path they always want to walk on.” Violoncellist Efe said the ensemble is a success for women in the name of art.