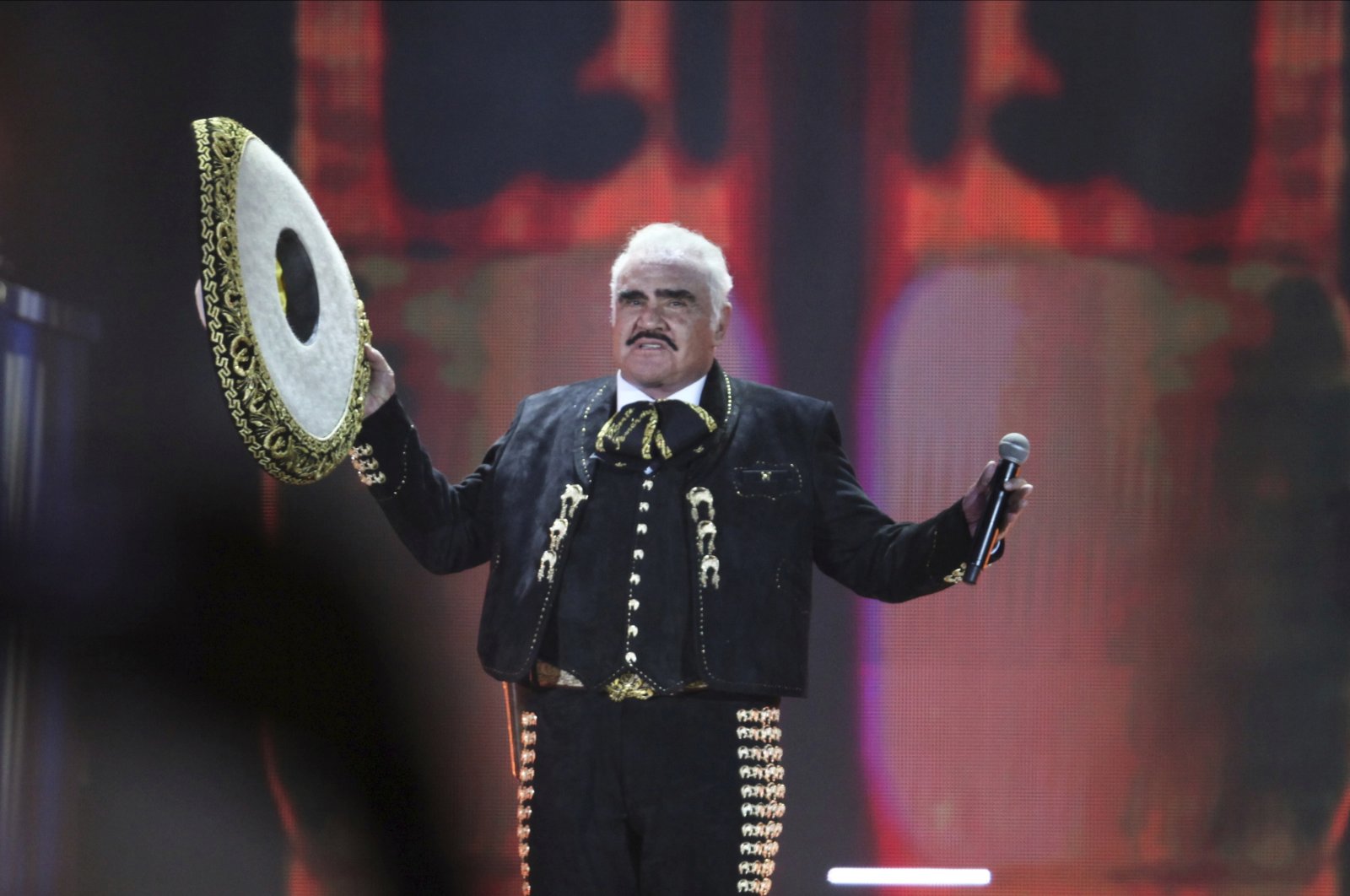 Mexica's national treasure Vicente Fernandez, who is known as "king of ranchera music" and won a dozen Grammys and Latin Grammys during his career, died on Sunday after his recent hospitalization. The revered singer was 81.

The crooner, famed for his wide sombreros and for romantic songs that enlivened countless fiestas and provided a balm for generations of Latin America's brokenhearted, died in a hospital in Guadalajara, his family said in a post on Instagram.

President Andres Manuel Lopez Obrador posted a message of condolence on Twitter for the "family, friends and the millions of admirers of Vicente Fernandez, a symbol of the ranchera music of our time, known and recognized in Mexico and abroad."

Fernandez had been hospitalized since falling in August in his ranch near Guadalajara, the capital of Jalisco state and a cradle of mariachi music.

In a 50-year career, "Chente," the son of a rancher, had sold millions of albums. He also appeared in dozens of movies.

He was the undisputed master of "rancheras" – the tormented love songs belted out to a backdrop of multiple guitars and swelling trumpets.

Known for such sentimental and macho hits as "Por tu maldito amor" ("For your accursed love") and the bittersweet "Que te vaya bonito" ("I wish you the best"), he collected three Grammys and nine Latin Grammys, including one this year.

Fernandez's life saw both the best and worst of Mexico, the refined and the cruelly violent.

The worst moment for "Chente" – who was also known as "The Idol of Mexico" – came during a 1998 tour when his eldest son Vicente Fernandez Jr. was abducted and held for 121 days against a ransom demand of $10 million.

To prove they were serious, the kidnappers cut off two of the young man's fingers.

According to an unauthorized biography by Argentine journalist Olga Wornat, another of Fernandez's sons was the friend of a Sinaloa drug cartel boss.

With his trademark sombreros, thick eyebrows and dark mustache, the "Sinatra of ranchera music" – as the Houston Chronicle dubbed him – cut an unmistakable path in a career that began on street corners working for tips.

'Look what day he chose'

There was controversy as well. In her book "El Ultimo Rey" ("The Last King"), Wornat says Fernandez was the bitter enemy of a rival singer, Juan Gabriel, "because he was gay and 'Chente' was a man from another era." Gabriel died in 2016.

Fernandez had also been accused of touching women without their consent while posing with them. He denied doing anything inappropriate.

Fernandez's death fell on the feast day of the Virgin of Guadalupe, the country's patron saint and a source of inspiration for mariachi orchestras.

Spanish-language singers around the world paid tribute to Fernandez.

"Sad day, no words. The history of Mexican music will always bear your name, Vicente, friend, you are and always will be THE KING," tweeted the Spanish pop singer Alejandro Sanz.

Cuban-American star Gloria Estefan described herself as a huge fan of Fernandez as she tweeted: "I will continue to love, respect and admire him because of the great person he was and the deep imprint he left on history."

"The music of Vicente Fernandez created memories for millions," Biden tweeted. "Vicente will be remembered for generations to come."