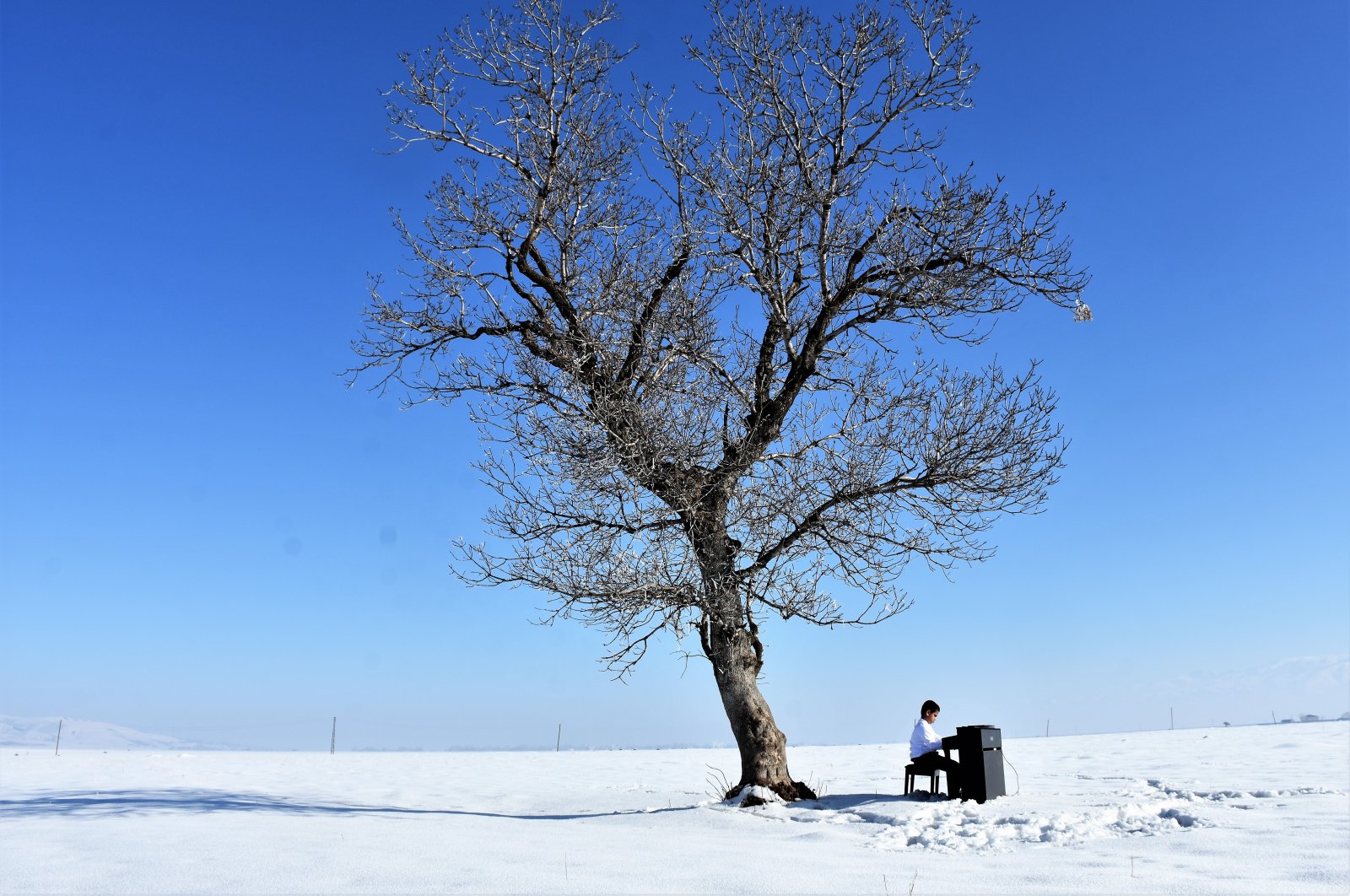 Imagine a beautiful winter view, snow-covered plain and the sound of piano playing in the background.

It was always a dream for 9-year-old Turkish boy Bager Çalışcı to hear how the piano would sound echoing in nature.

Before this, Çalışcı’s father brought his son, who has a talent called “perfect pitch” and is visually impaired, to the Muş Plain and shared his happiness by having him play the piano under a tree in the snow-covered plain in eastern Turkey's Muş Province.

Explaining that he loves the piano very much and wants to become a successful pianist by receiving a good education, Çalışcı said, "I started my journey for this. I have beautiful dreams. I want to realize them by standing on my own feet without burdening anyone. My father told me how the snow was falling. I said that I wanted to play the piano under a tree in the snow-covered area. I made this dream come true. The sound of the piano in this environment was great. It excited me. I was very happy."

Stating that he will give his son the support to make his dreams come true, Çalışcı said: "We came to a place like my son dreamed of. I told him that we were in the middle of a white plain and under a tree. He was very excited and played the piano for a long time. He wanted to learn how the musical notes would come to his ears in a quiet environment. We believe that such environments will improve his ears, his brain. He is very talented."

Çalışcı said that sometimes the boy lays on the floor and puts his head in his hands and works on a new composition for hours. Then he gets up and plays it on his piano. His work is so clear that it is easy to assume that he had worked on the composition before.