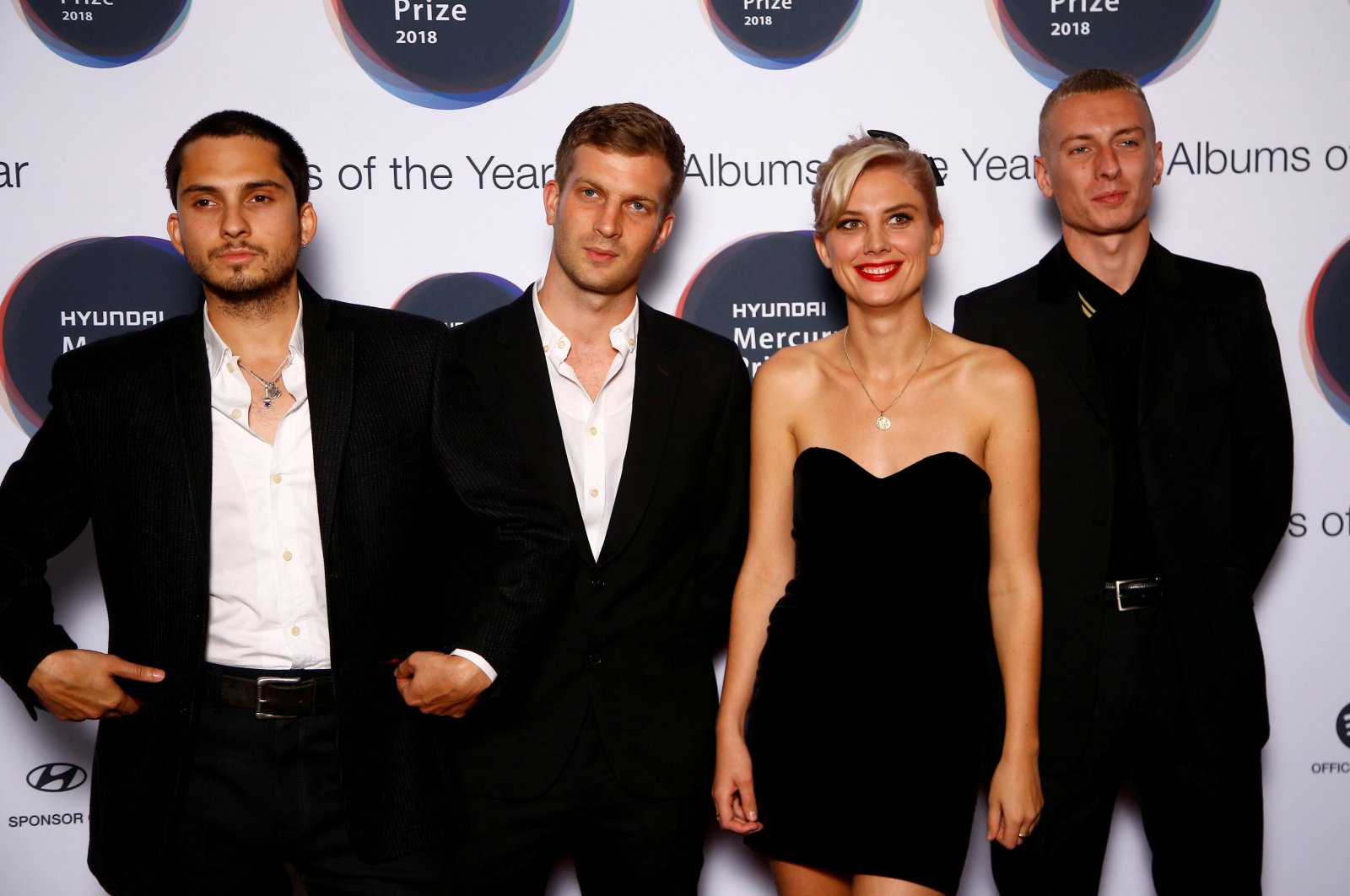 Musicians from Wolf Alice, whose album "Visions of a Life" had been nominated for the Mercury Prize 2018, pose for a photograph ahead of the ceremony at the Hammersmith Apollo in London, U.K., September 20, 2018. (REUTERS Photo)
by REUTERS Jul 23, 2021 5:03 pm
RECOMMENDED

The Mercury Prize, the annual music prize awarded for the best album released in the U.K. by a British or Irish act, has unveiled nominees for this year. Singer-songwriters Arlo Parks and Celeste, rapper Ghetts and past winner Wolf Alice are among the 12 acts in the running.

First handed out to rockers Primal Scream in 1992, the annual 25,000-pound ($34,385) prize shortlists 12 albums released by British and Irish acts in the United Kingdom in the past year.

Considered less mainstream than the annual BRIT Awards, it is open to all music genres.

In the running for album of the year are Parks' debut "Collapsed in Sunbeams," composer Hannah Peel's "Fir Wave," and "Promises," electronic music artist Floating Points' collaboration with Pharoah Sanders and The London Symphony Orchestra.

Jazz musician Nubya Garcia is nominated for debut album "Source," as are rappers Ghetts for "Conflict of Interest" and Berwyn for his debut mixtape "Demotape/Vega."

Rock bands Mogwai and Black Country, New Road are nominated for "As The Love Continues" and debut album "For the First Time" respectively. Wolf Alice, who won the Mercury Prize in 2018, are nominated for their chart-topping record "Blue Weekend."

"It is testament to the strength of British music that, during a year which saw musicians face the toughest challenges of their lives, so many remarkable albums came out nonetheless," this year's judges said in a statement.

"There was an embarrassment of riches for this year’s Hyundai Mercury Prize judges to choose from, but the final twelve show how diverse, vibrant and far-reaching British music continues to be."

This judging panel for the 2021 prize, which will be handed out on Sept. 9 at an awards show in London, includes last year's winner Michael Kiwanuka, musician Jamie Cullum, singer Anna Calvi and DJ Annie Mac.