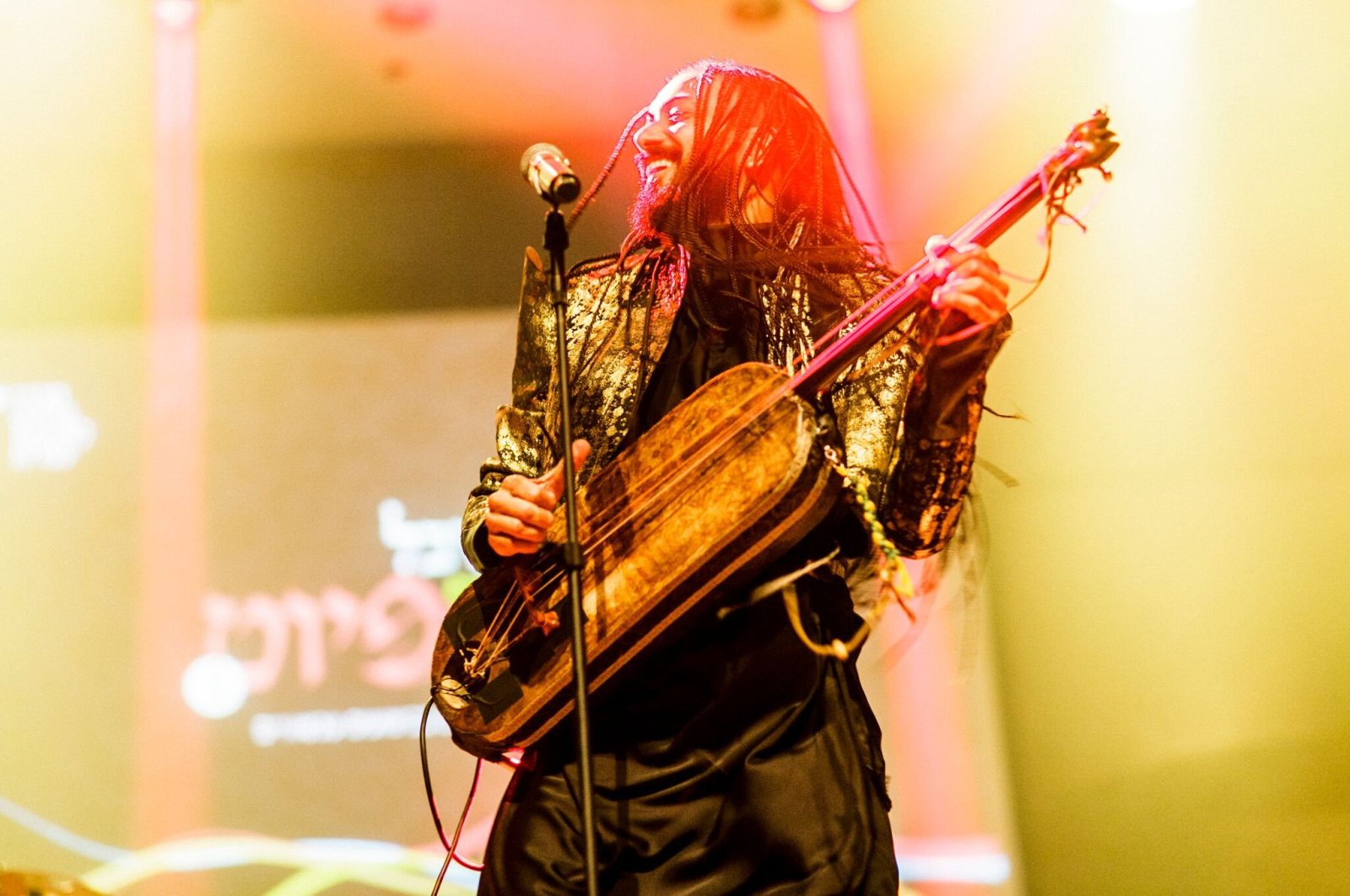 Help yourself to a taste of Yemen Blues, combining traditional Yemeni music with various genres and a myriad of instruments. The Israel-based collective's upcoming online performance at Turkey’s Zorlu PSM is surely not to be missed.

Vocalist Kahalani recalls that the show, performed at the MEB ŞURA Concert Hall, was an incredible moment: “It was full of love. It makes me so happy to see Muslims and Christians support music from other places in the world without thinking about what divides,” he says.

The band has returned to Turkey on various occasions since, performing at several venues and events including Istanbul's Rock’n Coke Festival. Their latest show will take place as part of the TLVSOUND concert series held by the Zorlu Performing Arts Center (PSM) at 10 p.m. on June 14. The band will take to the stage for an intimate performance that carries the energy and breeze of Tel Aviv right into your home via the Zorlu PSM’s Instagram and Facebook accounts.

The band’s lead singer and co-founder Kahalani is a devoted musician who has always felt that he was born feeling music. “I was always very attracted to sounds and rhythms. Since my childhood, I was always humming to myself and enjoying the sounds that came out of my mouth. I grew up in a Jewish Yemeni family and we were always learning the prayers and songs. So, this also included lots of melodies and a special swing,” he said. Later, many great musicians had a big influence on him. All his dreams came to be formed around the creation of music, dance and art. And today, he gifts music lovers across the world with Yemen Blues, one of the most gripping and electrifying live bands in contemporary music.

The idea for the project came to Kahalani while working with bass player and composer Omer Avital for a project in Israel in 2008. Having greatly appreciated what Omer brought to the project, Kahalani asked him to arrange some of the songs he was writing at the time. After a while, the pair were joined by percussionist Itamar Doari, percussionist Rony Iwryn, bassist and oud player Shanir Blumenkranz and New York trumpeter Itamar Borochov, with the band officially forming in 2010. According to Kahalani, many other musicians from across the world have accompanied them on live shows and records over the years, and so the number of group members changes according to circumstances.

The group uses its rich and diverse musical background to change the world for the better and help people enjoy life. Stating that he did not want to try to sum up the group’s music so as not to make it less then what it is, vocalist Kahalani said: "Maybe we can say our music is the sound of the evolution of cultural music from the earth and beyond."

Yemen Blues infuses Yemen's traditional sounds with the groove, funk, mambo and even deep soul. Prince, Bob Marley, Stevie Wonder, The Door, Miles Davis and Freddie Mercury are among the major influences of the band. Using simple love themes in most of their songs, they use their music to promote the idea of being a good human above differences of religion or thought. In their song “Min Kalbi,” for instance, Kahalani sings: "It doesn't matter where you come from, your language is my language." For Kahalani, this phrase is an expression that no matter where you come from, we are all the same and we should help each other. Adds the vocalist: “Because it is the only way to keep living on this planet.”

The group's rehearsals and performances progress in a very organic way where each of the musicians offers their unique sound to Omer Avital, who takes all the recordings at the end of the day and puts them together as one. Kahalani says: “In general, we combine instruments from all cultures. Everyone in the group tries to listen to their hearts and do what they love. And the results became so unique in this way.”

When listening to Yemen Blues' sounds, one hears horns burning emphatically, percussions striking a deep rhythmic texture, along with the mesmerizing sound of the oud. This timeless band is a true collaboration of incredibly masterful musicians whose dedication to perfection has garnered them wide acclaim around the globe.

The result of the band’s organic creative process is a mixture of Yemenite, West African, funk and jazz influences. As Kahalani recalls: “A friend once told me a nice way to sum up our music could be 'Afro-Arab.'” Nevertheless, the vocalist thinks that this is not even the start of what you feel when you listen to their music.

The name of the band is directly borne of Kahalani's background. The singer's parents came from Yemen to Israel when they were very young, while blues is a very important concept for the singer – implying soulfulness and unity.

What he and his band seek in their music is actually a cultural fusion. While talking about different cultural effects in their music, Kahalani also stated that he found Turkish music great, mentioning a number of experimental projects that have come together in the country.

The band’s latest show for Zorlu PSM will be an explosive combination of Yemeni song and poetry, Jewish music, West African groove and funk. You can discover this yourself this Sunday right from the comfort of your own home. You can also listen to their music on all platforms and donate to Yemen blues on their website.