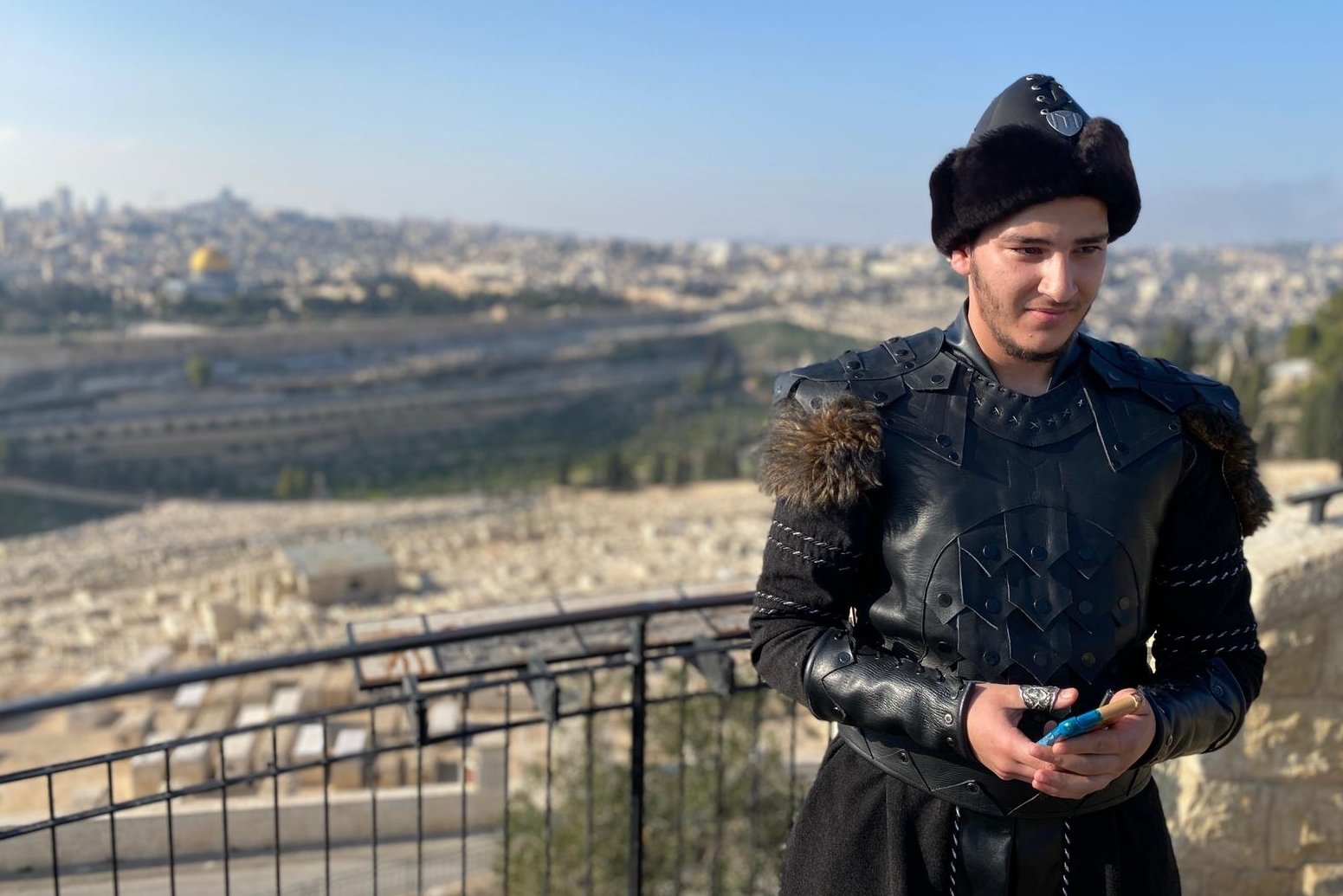 The video was shot at Al-Aqsa mosque and the Silvan neighborhood of Israeli-occupied east Jerusalem. The song stresses that both Jerusalem and Palestine will gain their freedom and praises the Muslim Prophet Muhammad.

"Diriliş: Ertuğrul" illustrates the struggle of Ertuğrul Gazi, the father of the Ottoman Empire's first leader, Osman Bey, and tells the story prior to the establishment of the empire.

Daa'na's video has attracted a lot of attention with more than 100,000 views on social media platforms in less than 24 hours.

He told Anadolu Agency (AA) that he is a big fan of the TV series, adding it is popular in Palestine as well. Noting that the song has been covered by people of many different cultures, he said his version focused on the struggle of Palestinians and Jerusalem. The Palestinian singer added that he believes Muslim nations will never be defeated.

"My message that I want to give with this clip is very clear. The title of the melody and the clip is 'Ummetun La Tuhzem,' meaning an invincible ummah. The ummah of the Prophet Muhammad will never be defeated. ... It tells about the honor of Islam and the ummah of the Prophet Muhammad. May Allah help this ummah all over the world. May Allah help Palestine and Masjid al-Aqsa attain salvation," Daa'na said.