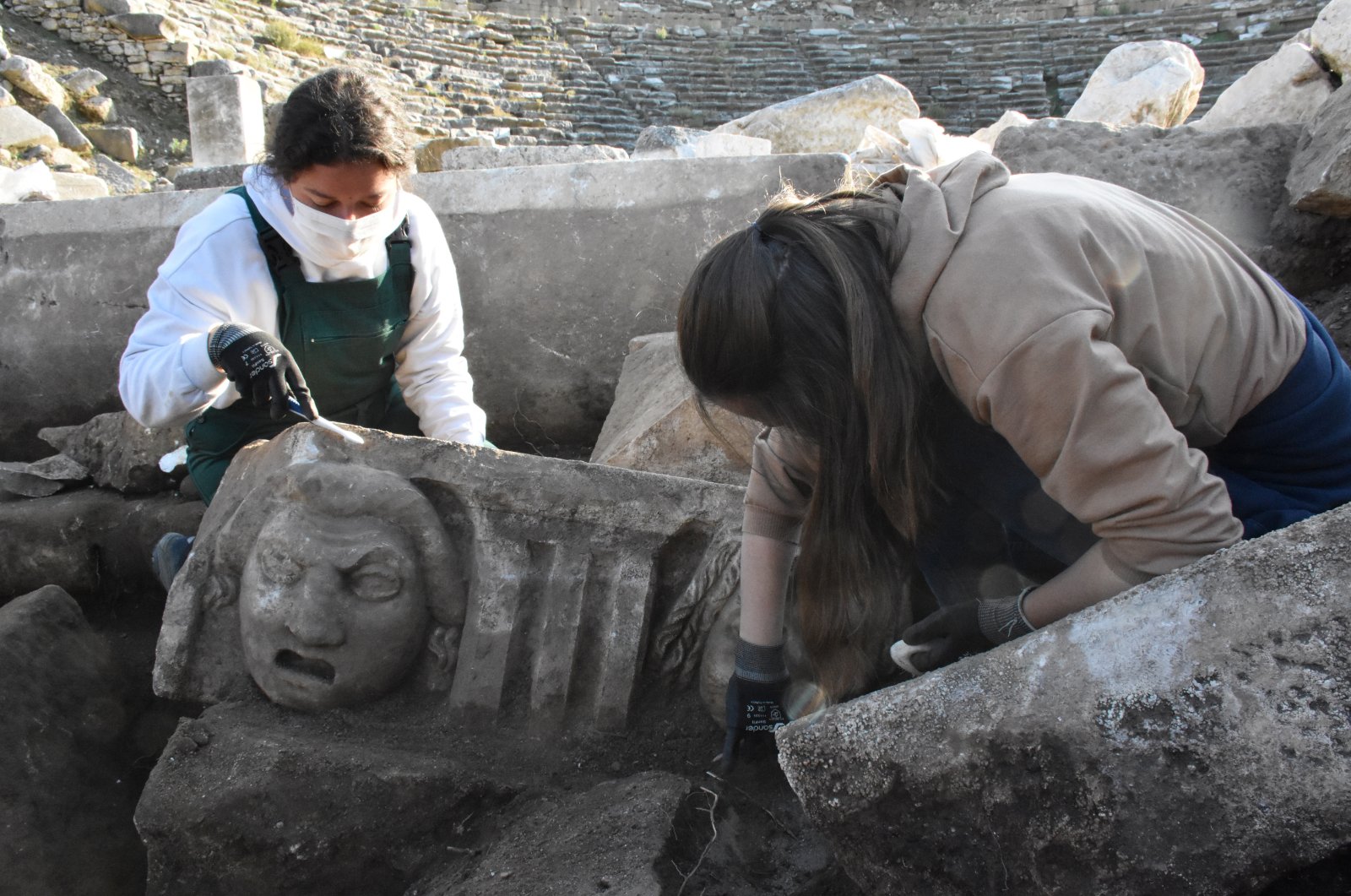 Archaeologists in southwestern Turkey’s Muğla have recently uncovered 10 rock carvings of mythological masks in the ancient city of Stratonikeia.

An excavation team, headed by professor Bilal Söğüt of Pamukkale University, continues year-round work at the ancient city, where artifacts from the Hellenistic, Roman, Byzantine, Anatolian beyliks (principalities), Ottoman and Republican periods have been found.

The team had already cleaned and repaired 33 face carvings, unearthed over the last two years, and prepared them for display.

Their latest efforts uncovered 10 more masks at a 2,200-year-old ancient theater, taking the total number of masks to 43.

Speaking to Anadolu Agency (AA), Söğüt said the 3,000-year-old ancient city, which is on the UNESCO World Heritage Tentative List, bears traces from every period of history.

He added that they have been working on different structures, some dating back to antiquity, in the city.

"We have been working at the ancient theater for two years. We found 33 face molds during our excavations here. Today, we unearthed 10 more. Hopefully, we will be able to find all the masks at the theater in their own places and arrange them in their original order. That will be very pleasant for us," he said.

Söğüt explained that the masks surround the stage of the ancient theater. "When people came here in ancient times, they were impressed by the splendor and magnificence of the theater even before entering it. We have been slowly uncovering its richness and splendor. This also the value ancient people gave to culture, art and architecture."

He said besides the characters in the plays performed at the theater, the masks depict ancient gods and goddesses, as well as animal figures.

"We have brought the blocks with face masks to the city's 'stone hospital' for cleaning and conservation." The newly discovered masks will also be put on display once the work is complete, said Söğüt.