Nailless mosque in eastern Erzurum retains glory over the years 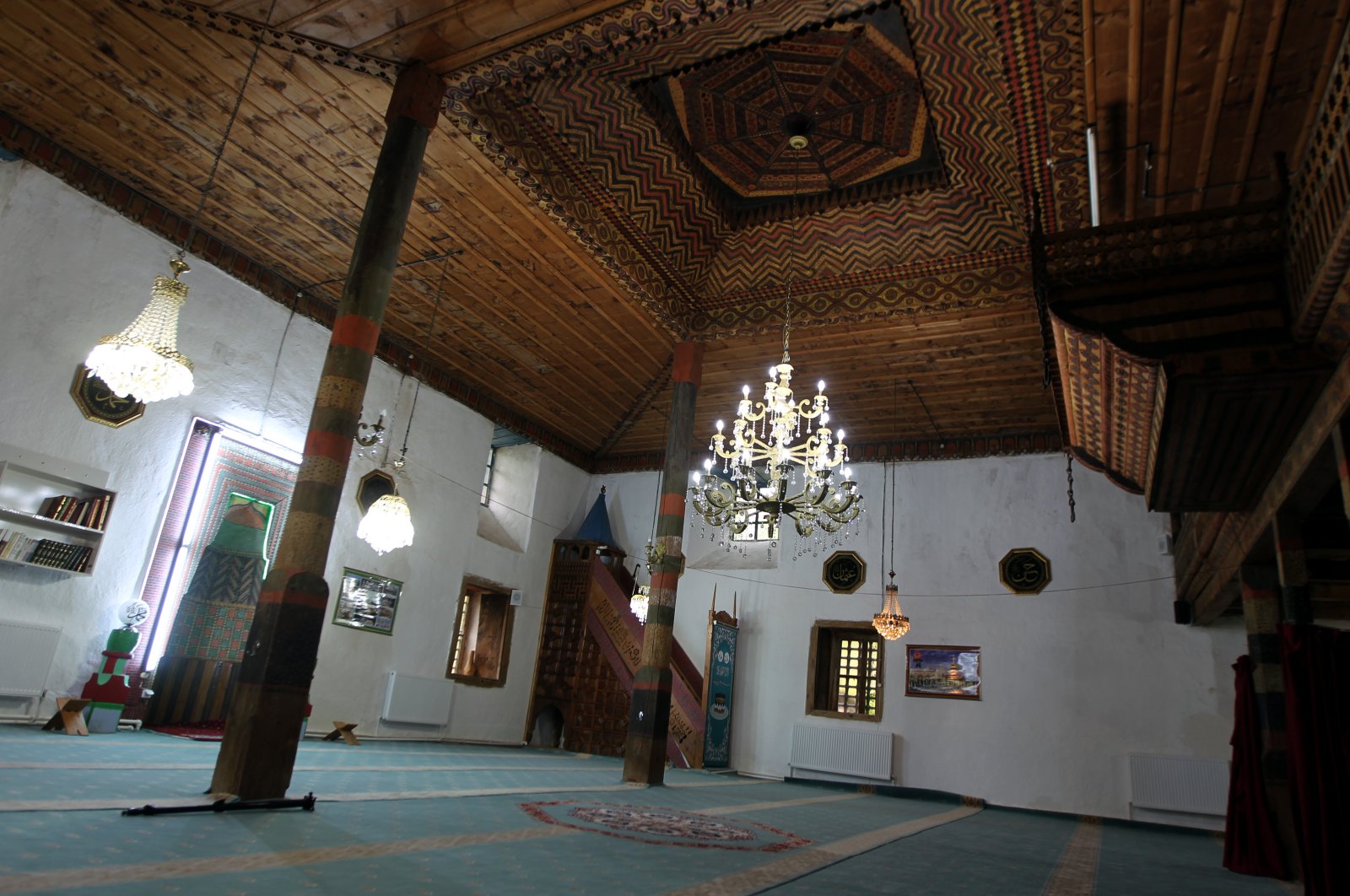 A historic mosque built during the Ottoman era in the eastern province of Erzurum, a city famous for culture and civilization, is noteworthy not just for being built without using a single nail but also for its unique interior and wooden structure.

Erzurum, where Turkish-Islamic civilizations have thrived for centuries, hosts thousands of local and foreign tourists every year thanks to its historic places of worship that have retained their charm since the Ottoman and Seljuk eras.

Among these is the Çataksu Çukur Mosque in the Çataksu neighborhood of the Olur district, which was built by Dervish Mehmet Efendi in 1666 and is notable for its architectural structure and historical features. The mihrab (pulpit), wooden pillars and ceiling of the mosque, popularly known as "Tahtalı" mosque among locals, features spellbinding floral and geometric ornamentation and lush use of natural, reddish dyes pigmented with rose madder roots.

Recognized as an important site by the Regional Council for the Protection of Cultural and Natural Assets of Erzurum in 2011, the mosque is also notable for its wooden structure constructed without using nails.

Ferhat Koçak, the mufti of the Olur district, told Anadolu Agency (AA) that the historic mosque has remained intact since the Ottoman era and retained its splendor for four centuries. “The mosque was built in 1666 and has undergone various renovations and repairs since. However, the woodwork on the roof and the stone wall have retained their authenticity to the present day,” he explained.

According to Koçak, the mosque has a total floor area of 5,000 square meters (465 square feet) and an interior area of 250 square meters, capable of hosting 400 worshippers at a time. Underlining that the mosque was important for its location as well as for its workmanship, Koçak said that people would come from far and wide on horseback to pray there on Fridays. “The mosque was in a central position in the region.”

Emphasizing that their goal was to ensure that the mosque is preserved for centuries to come, Koçak noted: “The use of madder in the woodwork has added great beauty to this structure. The fact that nails are not used in the mosque, especially in the woodwork, is another feature. Even the chain used as an ornament is made of wood. We see the care and attention in all the woodwork. May God bless those who strained to build it.”