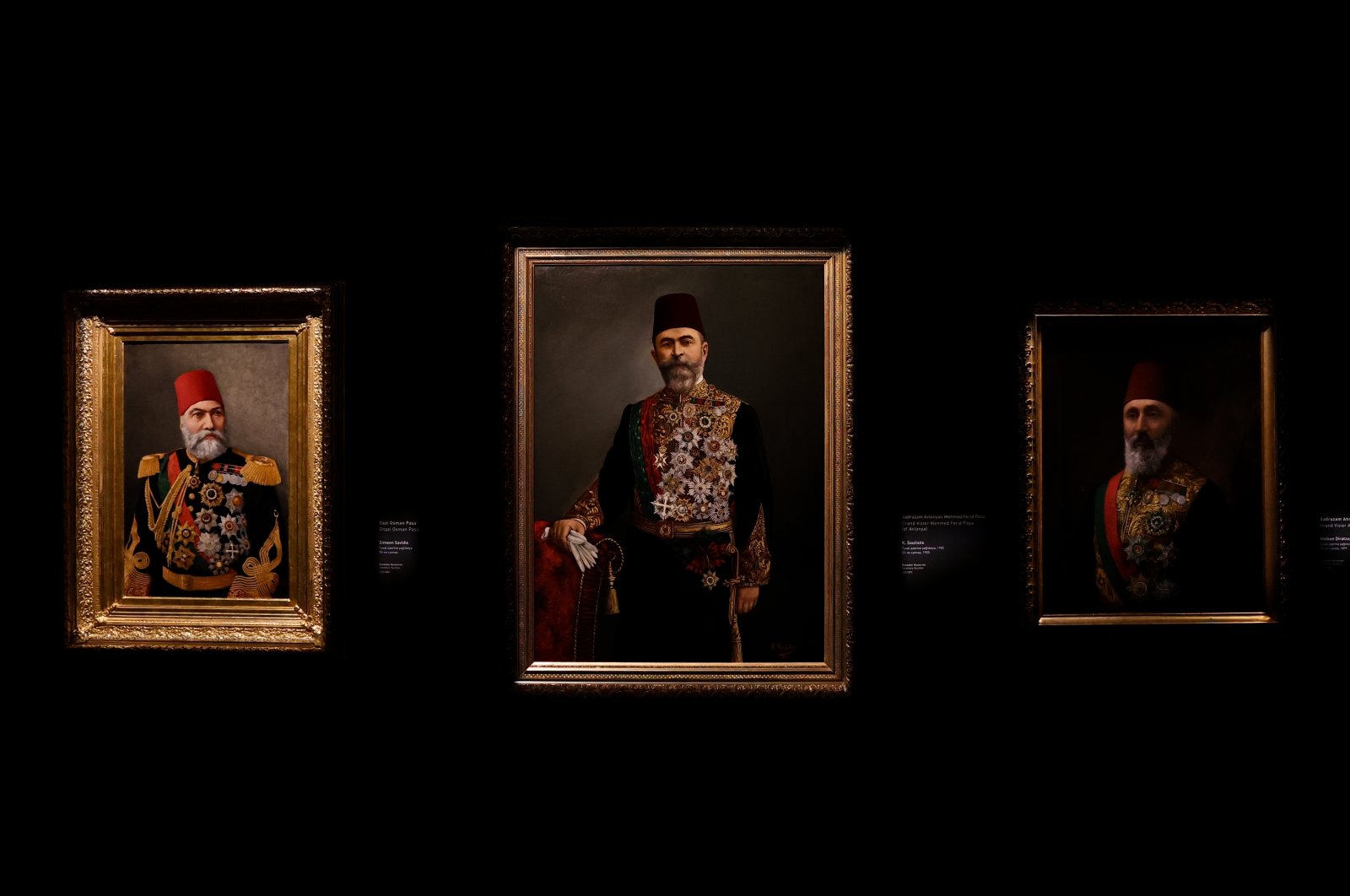 Istanbul’s National Palaces Painting Museum has reopened for visitors following comprehensive restoration work. The museum was furnished according to modern exhibition criteria and an exhibition of 553 exclusive works was opened within the scope of the restoration.

Speaking at the post-restoration opening program of the museum, President Recep Tayyip Erdoğan said that the exhibition is of great importance in terms of showing Turkey's richness of art. Noting that the real wealth of societies is measured by their contribution to civilization, Erdoğan said they will do their part and carry the cultural accumulation of Turkish civilization a step further.

Erdoğan pointed out that miniature art was the predominant art form in Turkey as opposed to more European styles of paintings, with artists gravitating toward and making significant developments in the traditional fields of calligraphy and illumination.

“The art of painting received a significant boost with the Renaissance in Europe, and after a while, it gained popularity within and around the Ottoman Court. Artists raised in military schools and later in Sanayi-i Nefise Mektebi (Turkey's first fine arts academy) played a major role in this development along with Western artists who came to our country,” Erdoğan said. “The artists whose works are featured in our exhibition helped our country create a significant historical heritage in this art form.”

Erdoğan noted that a similar journey of transformation also took place in the architectural world in Turkey as well. He stated that the Palace of the Crown Prince, located in Dolmabahçe Palace in Istanbul, was a fine example of developments in Turkish architecture.

“After the extensive efforts seen in the first years of the republic, we have had a long, careless, unplanned and unattractive urbanization period. We had to fight together against neglect in every field of art and culture. Later on, we are trying to implement a new architectural style of what can be described as a modern interpretation of Seljuk and Ottoman architecture. Likewise, we are working hard in other fields as well,” Erdoğan said.

He continued: “The works left behind by all civilizations that lived on these lands are our cultural wealth. We will look after all of them, protect and preserve them, and we will pass them onto future generations. Meanwhile, the way to be worthy of this heritage that we possess is through creating better, more beautiful, more artistic and more magnificent works.”

The latest exhibition of the National Palaces Painting Museum features exclusive works chosen among nearly 3,000 paintings from Topkapı Palace. The works were brought to the workshop of the museum and restored while the Directorate of National Palaces was temporarily closed to the public to protect the health of the community as part of the measures taken to halt the spread of the coronavirus. During the restoration of these works, the paintings are being photographed and documented, their condition is being evaluated, ultraviolet (UV) and infrared imaging of them is being captured and clues about the artist, signature and century of the work are being analyzed. While the paintings are being prepared for display under a completely new arrangement, they are also being illuminated, introduced, displayed and furnished to meet the criteria of modern museology.

Mentioning his happiness over protecting the paintings from Topkapı Palace, the president said: “I believe that the painting exhibition we opened will inspire and motivate us. On behalf of myself and my nation, I would like to thank all those who contributed to the organization of this exhibition and those who took care of these works from the warehouses of Topkapı Palace and brought them to us today. I also respectfully recall the painters whose works took a place in the exhibition.”

The Painting Museum was built by the order of Sultan Abdülmecid in 1856 as the "Crown Prince's Office." After the restoration of its first section, the office started to serve as the Painting Museum on March 22, 2014.

In 2017, the restoration of the second, larger section of the museum began. The museum, which has opened its doors to art lovers again after four years of work, has earned a unique place in its field with its original restoration, careful display and furnishings. The museum’s collection, covering the 16th century to the 20th century, includes many subjects such as sultans' portraits, historical compositions, orientalist works, nature and urban views, and still lifes. Its collection features works by artists such as Konstantin Kapıdağlı, Rupen Manas, Stanislaw Chlebowski, Fausto Zonaro, Ivan Konstantinoviç Ayvazovski, Pierre Desire Guillemet, Eugene Fromentin, Stefano Ussi, Felix-Auguste Clement, Şeker Ahmed Pasha, Osman Hamdi Bey, Şevket Dağ and Abdülmecid Efendi.

The museum is of particular importance in that it is the only representative of Ottoman palace painting. It also houses Turkey's largest orientalist painting. The painting of French painter Felix-Auguste Clement, "Hunt in the Desert," is presented to visitors for the first time in the latest exhibit. The 1865-dated work, which fascinates those who see it with its 35-square-meter (41.9-square-yard) size, was transferred to the Painting Museum from the Said Halim Pasha Mansion in 2019.