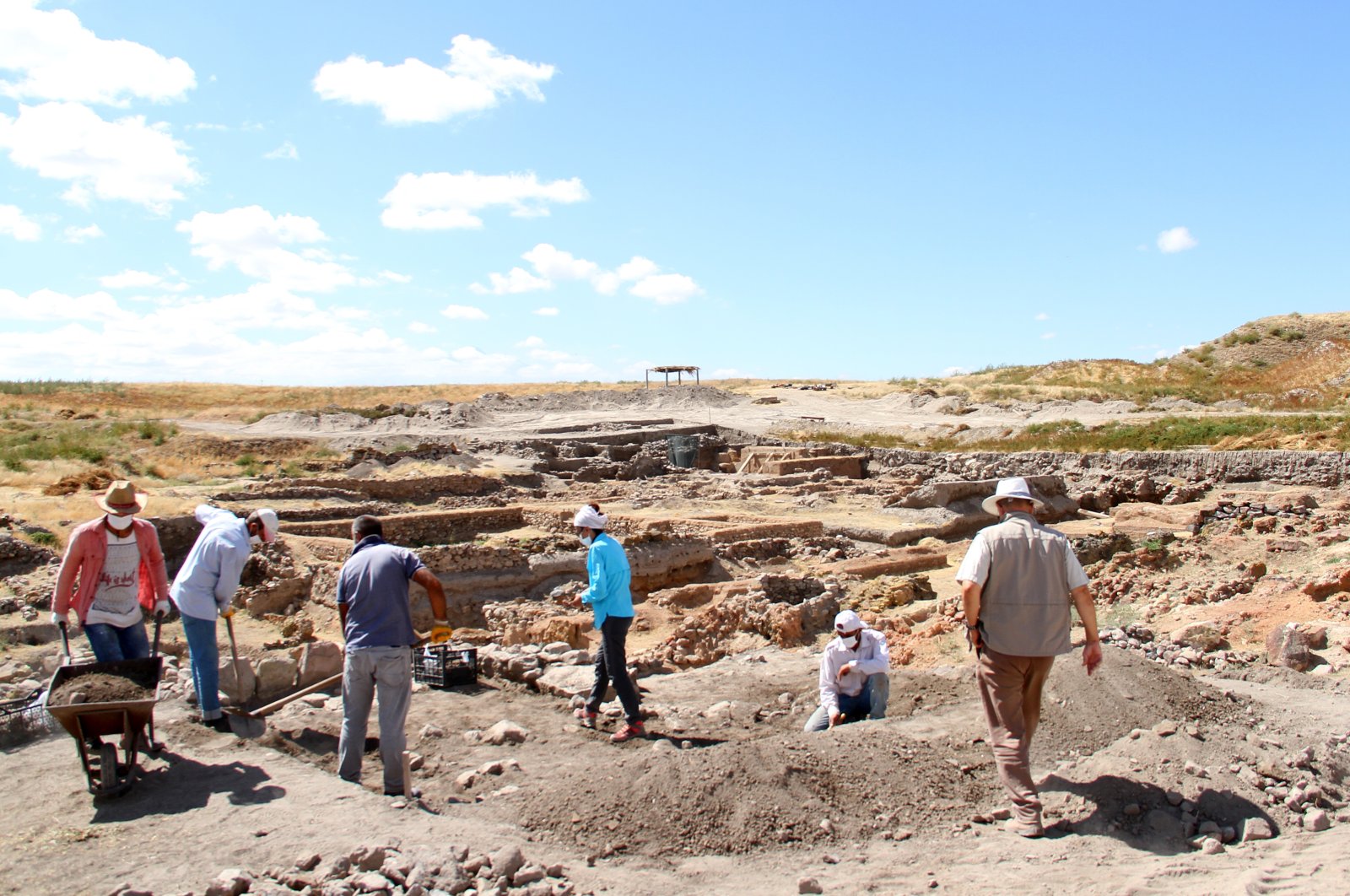 Archaeologists have unearthed the statuettes of gods and goddesses worshipped by the Anatolian people thousands of years ago, at the Kültepe, also known as Kanesh, site in the central Kayseri province.

Excavation work started 72 years ago at the site located some 24 kilometers (14.9 miles) away from the city center in Kayseri. The mound revealing the ruins of the first city founded by the Hittites in Anatolia contained administrative buildings, religious buildings, houses, shops and workshops.

Professor Fikri Kulakoğlu, head of the Kültepe excavation team from the Faculty of Languages and History and Geography at Ankara University, spoke to Anadolu Agency (AA) about the excavations and latest finds. He said that one of the two tablets taken out of Kültepe in the late 1800s and sold to an antique shop in Istanbul was taken to the British Museum while the other was sent to the Louvre Museum.

Kulakoğlu also said that some scientists who were wondering where the city of Kanesh mentioned on these tablets is, came to Turkey during the earlier periods. Mentioning a Czech named Bedrich Hrozny among these scientists, the professor told of Hrozny’s story of being in these lands. According to the professor, Hrozny is the first person in the world to solve the Hittite language. He came to Kültepe to find out the location of the Kanesh city mentioned on the tablets. He destroyed one-third of the palace called the Warsama Palace in the archaeological site today. In line with excavation techniques at the time, he dug a crater-like hole. He was disappointed when he could not find any other tablet there. Meanwhile, there was an outbreak of malaria in the area. Hrozny, a former soldier, brought a quinine sulfate tablet against malaria with him. People came to him because of the epidemic and asked for this medicine. He gave a quinine tablet in exchange for a cuneiform tablet. So, he collected tablets from the villagers. Thanks to these tablets, he proved that Kültepe is the city of Kanesh. He took these tablets to his country, and they were returned to Turkey in 1936. “The tablets at the Istanbul Archaeological Museum are the ones he worked on and returned,” Kulakoğlu added.

Recalling that they have found god and goddess figurines in bulk in excavations carried out in the room of a building in 2017, he continued: “We have found 15 more idols (statuettes) this year. Excavations continue in this area. The structure we have excavated is probably a very large and unique place in Anatolia, with formal and religious characteristics. The idols unearthed from here are artifacts showing the beliefs of Anatolian people as the beings they worshipped 4,500 years ago. Some of them were portrayed as sitting on the throne, and some are schematic. These are the artifacts that are not found anywhere but Kültepe. It is exciting that you find an artifact that a person worshipped 4,500 years ago with your hand.”

Kulakoğlu added that they plan to display the figurines of gods and goddesses unearthed from the excavations this year at a temporary exhibition at the Kayseri Museum.