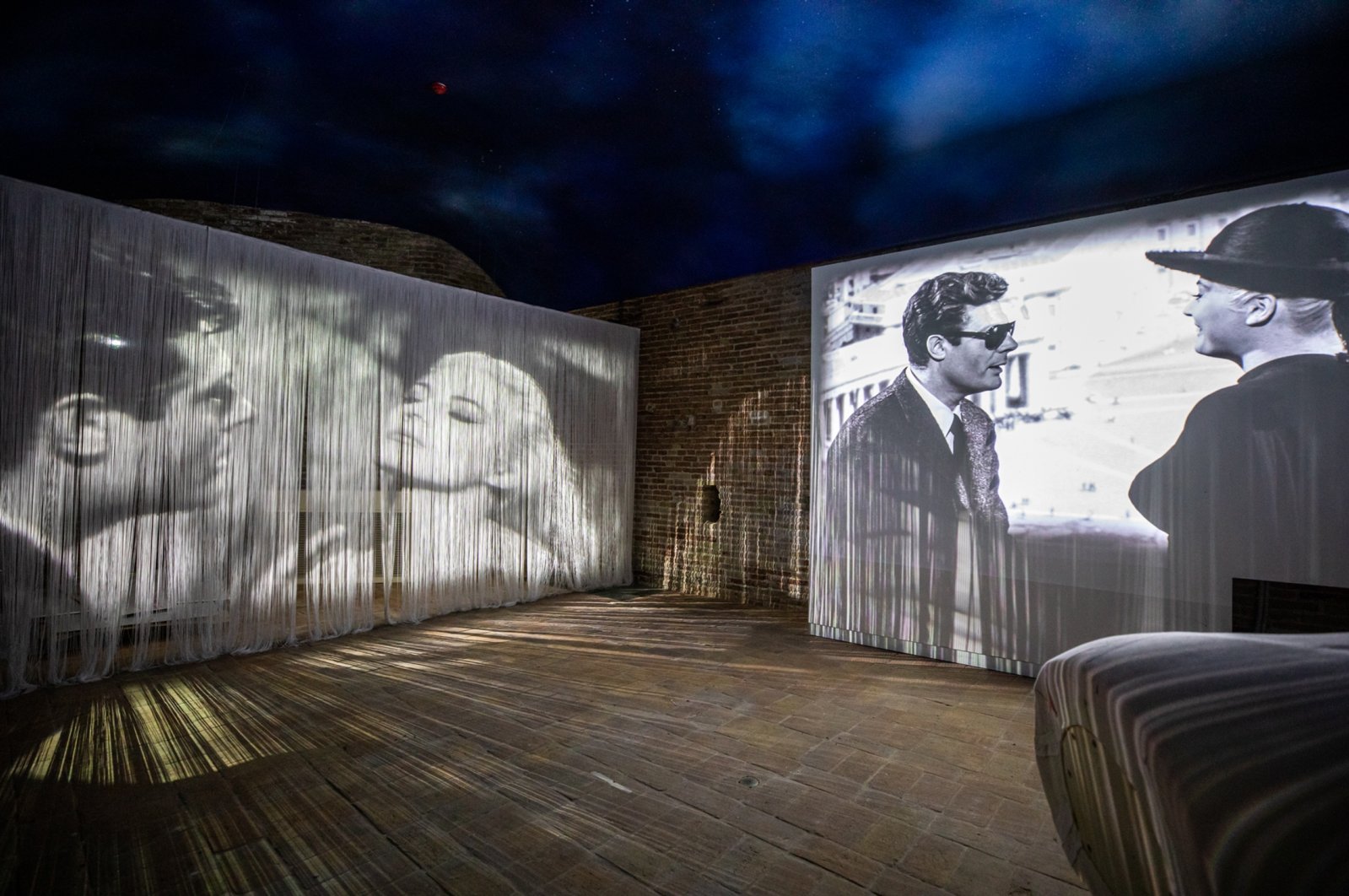 Federico Fellini's movies like "La Dolce Vita" will be screened at Palazzo Valloni part of the museum, Rimini, Italy. (DPA Photo)
by Daily Sabah with DPA Aug 16, 2021 11:02 am
RECOMMENDED

Visitors generally add Rimini to their bucket list due to the fascinating beaches of the Italian coastal city. However, cinephiles and history enthusiasts have one more reason to visit the seaside resort now. The new Federico Fellini Museum is set to open in the city in the upcoming days.

The museum will be spread across three spaces in the city's old town: the Castel Sismondo, a 15th-century fortress; the 18th-century Palazzo Valloni, where the Fulgor Cinema (dedicated to Fellini's films) is found; and the Piazza dei Sogni, an urban area with green space.

Fellini was born in Rimini on the Adriatic coast in 1920 and still frequently visited it after moving to his adopted city of Rome. The new museum in his birthplace will enhance the legacy of Fellini, one of the most influential filmmakers of the 20th century.

The Castel Sismondo will feature immersive multimedia displays, which will make visitors feel surrounded by scenes of the director's movies. Palazzo Valloni will focus on Fellini's relationship with Rimini. The director watched his first movie in this place and decided to work in this sector after this experience. A small movie theater will offer screenings of Fellini movies throughout the day here.

Fellini achieved international fame with his film "La Strada" in 1954. "La Dolce Vita," which was released in Italian theaters in 1960, is another well-known work by the director who died at age 73 in 1993.

The Fellini Museum "does not intend to interpret the director's cinema as a work in itself, as a shrine or tribute to his memory, but to enhance the cultural heritage of one of the most illustrious directors in the history of cinema," it states on its website.