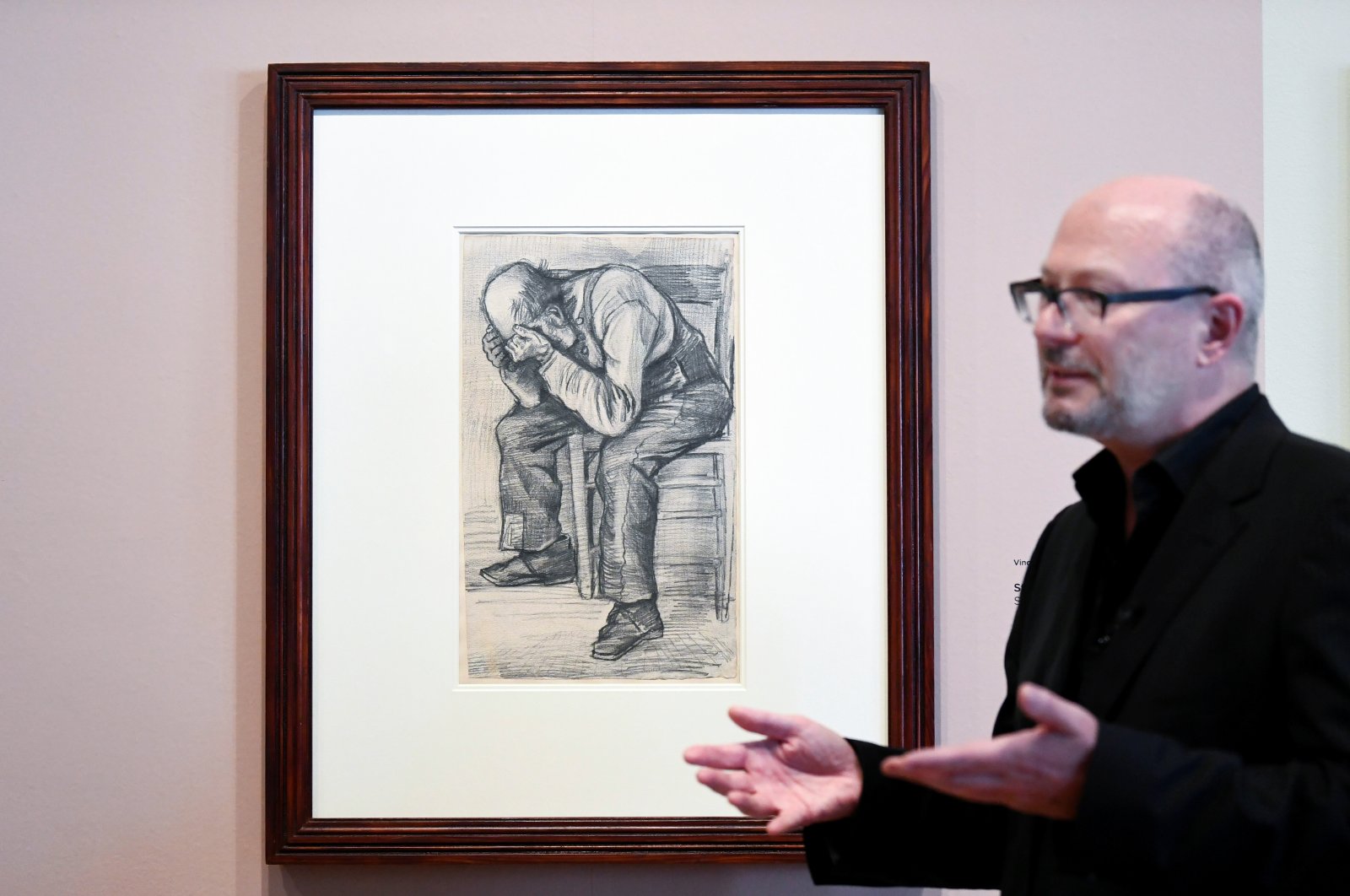 Hidden in a private collection for over a century, now a newly discovered drawing by Vincent van Gogh can be admired for the first time at an Amsterdam museum Thursday.

"Study for 'Worn Out,'" which depicts an old man sitting in a chair, was sketched by van Gogh in November 1882 when he was just starting the career that would later produce masterpieces like "Sunflowers."

The owners, a Dutch family that bought the pencil drawing in around 1910, asked the Van Gogh museum to authenticate it and experts confirmed that it was indeed a "new work" by Van Gogh.

"This one has never been seen before anywhere. It's the first time that this drawing is out in the open," Teio Meedendorp, senior researcher at the Van Gogh Museum, told Agence France-Presse (AFP).

"It comes from a Dutch private collection where it has been for a very long time. And this the first time and occasion that the world is able to see it," he added.

The new drawing will be on temporary display at the museum until Jan. 2 before returning it to the owners.

"It's quite rare for a new work to be attributed to Van Gogh," added Emilie Gordenker, the director of the Van Gogh Museum.

"We're proud to be able to share this early drawing and its story with our visitors."

The drawing depicts a bald, elderly laborer from a pensioners' home dressed in a waistcoat, trousers and boots, sitting on a wooden chair with his head in his hands.

The Van Gogh museum already owns a similar drawing called "Worn Out," which the artist made at about the same time and said he preferred.

Both drawings are part of a series of "hundreds and hundreds" of sketches that Van Gogh made when he was living in The Hague and learning the artist's trade.

But while letters from Van Gogh to his beloved brother Theo indicated that there was at least one other sketch from the "Worn Out" sessions, which were on or around Nov. 24, 1882, experts didn't know if it still existed.

Meedendorp said it was a "total surprise" to find out that it did.

"We didn't expect it to be out there but it was out there, so this was a lucky find," he told a press conference.

The owners, who have asked not to be named, approached the museum last year after it launched an appeal to private Van Gogh owners to contribute to a digital database listing all of his works.

Authenticating the work has been made easier by the fact that it is believed to have been bought from a well-known Van Gogh collector called Henk Bremmer in 1910, and then passed on through the family.

"Within the family, it was always known as being a Van Gogh drawing – it was bought as one, and in the collection as one, and enjoyed as such," said Meedendorp.

The drawing also "fits perfectly" with Van Gogh's "expressive" style of scratches and strokes that make deep marks in the paper.

Further evidence that it is a real Van Gogh is that the drawing uses materials he is known to have employed in the period including a carpenter's pencil, watercolor paper with a specific watermark, and traces of damage on the back from the way he used to attach paper to his drawing board.

The museum says it even knows the identity of the old man, a pensioner with a distinctive bald head and white sideburns called Jacobus Zuyderland, who was 72 at the time.

Van Gogh's vivid post-Impressionist expressionist works such as "Irises" and "Starry Night" have become world-famous but there has been increasing interest in his earlier, more muted Dutch period.