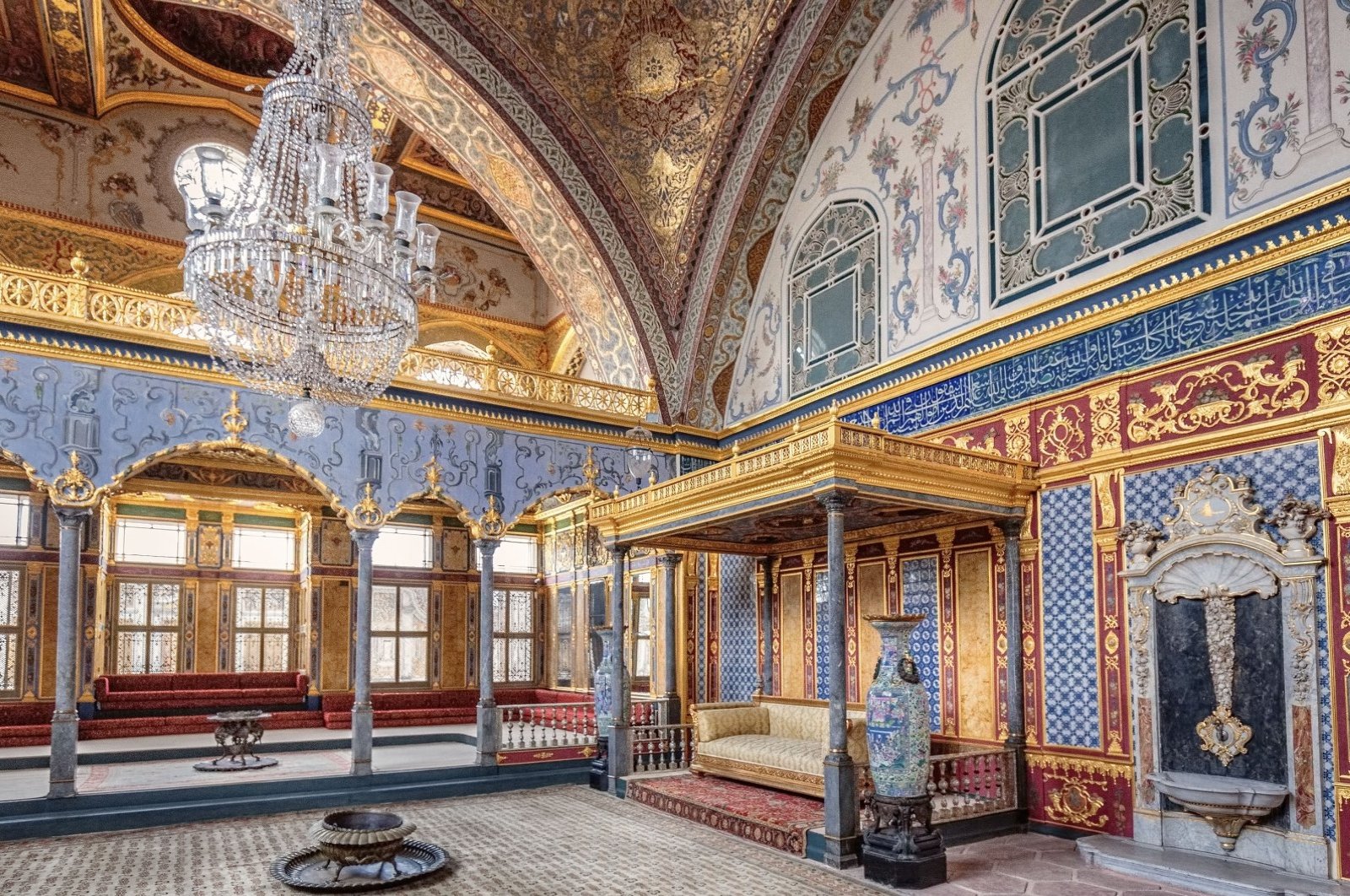 Topkapı Palace is one of the museums that will be open for visitors during the bayram holiday. (Ruslan Kaln / iStock Photo)
by Anadolu Agency
Jul 30, 2020 12:09 pm

The must-visit museums in Turkey's largest city Istanbul will continue to welcome art and history aficionados during the four-day Muslim holiday of Qurban Bayram, also known as Eid al-Adha.

With Turkey set to observe the religious festival from July 31 to Aug. 3, the Topkapı Palace Museum, Dolmabahçe Palace, Istanbul Archeology Museum and the Basilica Cistern on the historical peninsula, and contemporary art museums and thematic museums located in various parts of the city will become a frequent destination for domestic and foreign tourists during the holiday.

Topkapı Palace Museum, which was used as the administrative, educational and artistic center of the Ottoman Empire for 400 years from Sultan Mehmed II, aka Mehmed the Conqueror, to Sultan Abdulmecid, will also be open between 9 a.m. and 6 p.m. during the holiday, except for the first day of the bayram.

Dolmabahçe Palace and other palaces, mansions and pavilions can be visited between 9 a.m. and 6 p.m.

Istanbul Archaeological Museum, which hosts many historical works, including the Alexander sarcophagus and the Kadesh Treaty – known to be the first international peace treaty recorded in history – will be open to visitors on the first day of the bayram between 1 p.m. and 5 p.m.

The venue, which includes three separate museums: the Archeology Museum, the Old Oriental Works Museum and the Tiled Kiosk Museum, can be visited between 10 a.m. and 5 p.m. on the eve of the Eid and during the holiday.

The complex, which was founded by archaeologist, musician and painter Osman Hamdi Bey, has been welcoming those who want to travel in the corridors of history and trace civilizations for 128 years.

The Basilica Cistern, Miniaturk and the Panorama 1453 History Museum, operated by Istanbul Metropolitan Municipality, will also host visitors during the holiday.

Built by the Byzantine Emperor Justinian in 542 to meet the water needs of the Great Palace, the Basilica Cistern will be closed on the first day of the holiday and can be visited on other days between 9 a.m. and 6.30 p.m.

Miniaturk on the Golden Horn, which brings together the rich architectural heritage of civilizations from the ancient age to Rome, from Byzantine to Seljuk and Ottoman, will be open between 9 a.m. and 7 p.m. during the bayram except for the first day of the holiday.

The Panorama 1453 Museum, one of the favorite places in Istanbul, will be closed on the first day of the holiday and will welcome visitors between 8 a.m. and 6 p.m. on Aug. 1-3.

Tekfur Palace, known as the only palace to survive from the Blaherne Palace complex in Istanbul and built between the Edirnekapı and Eğrikapı districts on the European side, adjacent to the city's land walls, will be open to visitors between 9 a.m. and 6 p.m. on the eve of the holiday and during the bayram, except for the first day.

Located in the Hasköy district on the northern side of the Golden Horn, Rahmi M. Koç Museum will host visitors between 9.30 a.m. and 5 p.m. on Aug. 1-3.

The Istanbul Toy Museum, founded by poet and writer Sunay Akın, will continue to exhibit favorite examples of toys from the 1700s between 11 a.m. and 7 p.m. during the holiday eve and throughout the bayram. The museum, which Akın established with toys bought from collectors, antiques and auctions in more than 40 countries over 20 years, presents world history to visitors through a fun and memorable learning method.

Turkey's first contemporary art museum Istanbul Modern is hosting the exhibitions "Guests: Artists and Craftspeople" and "Lütfi Özkök: Portraits." The museum will be open to visitors on Aug. 1 and 2.

Museums and ancient sites in Turkey reopened in June after a brief closure due to the coronavirus outbreak.