No to alternative designs: People want Notre-Dame's iconic spire to be rebuilt exactly as it was 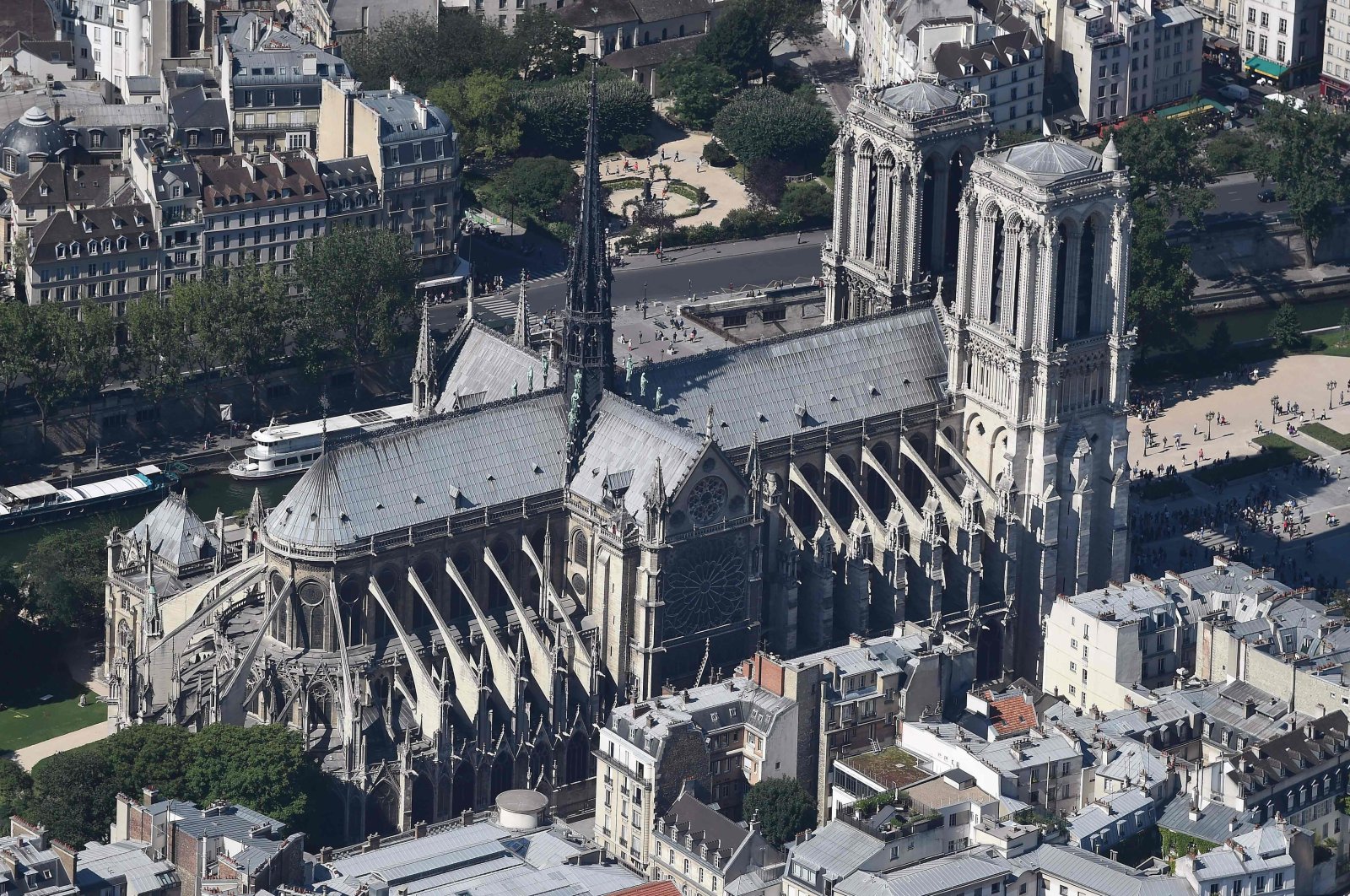 There is a "large consensus" that the spire of the fire-damaged Notre-Dame cathedral in Paris should be rebuilt as it was, France's new culture minister said Thursday.

Roselyne Bachelot told French radio that "there was a large consensus in public opinion and among those deciding" the issue for the spire to be rebuilt exactly as it was.

Her comments came hours before a commission that is set to rule on the thorny question was due to meet.

But Bachelot said the final decision was in the hands of French President Emmanuel Macron, who up until now has supported a modern architectural "gesture" on the 13th-century monument, which was partially destroyed by fire in April last year.

The massive 19th-century spire collapsed into the nave of the church bringing a large section of the roof with it as the blaze tore through the rafters of the cathedral.

Macron wants Notre-Dame restored to its former glory by 2024, in time for the Paris Olympics.

But reconstruction work has been plagued by delays due to the weather, sanitary concerns over lead pollution and most recently the coronavirus pandemic.

Sharp disagreements about what to do with the spire also emerged after Macron said that "a contemporary architectural gesture might be envisaged" to replace the 96-meter (315-foot) spire "since it wasn't part of the original cathedral."

The spire was added in the mid-1800s, replacing a medieval one that was removed in 1786.

The French National Heritage and Architecture Commission (CNPA) is due to give its verdict on how the iconic cathedral should be rebuilt later Thursday.

Last week the general put in charge of the reconstruction effort, Jean-Louis Georgelin, said the delicate task of removing the twisted and molten scaffolding around the cathedral should be finished by the end of September.

The wooden roof of the cathedral caught fire during restoration works, sparking a vast outpouring of emotion – and donations for the rebuilding – from across the world.