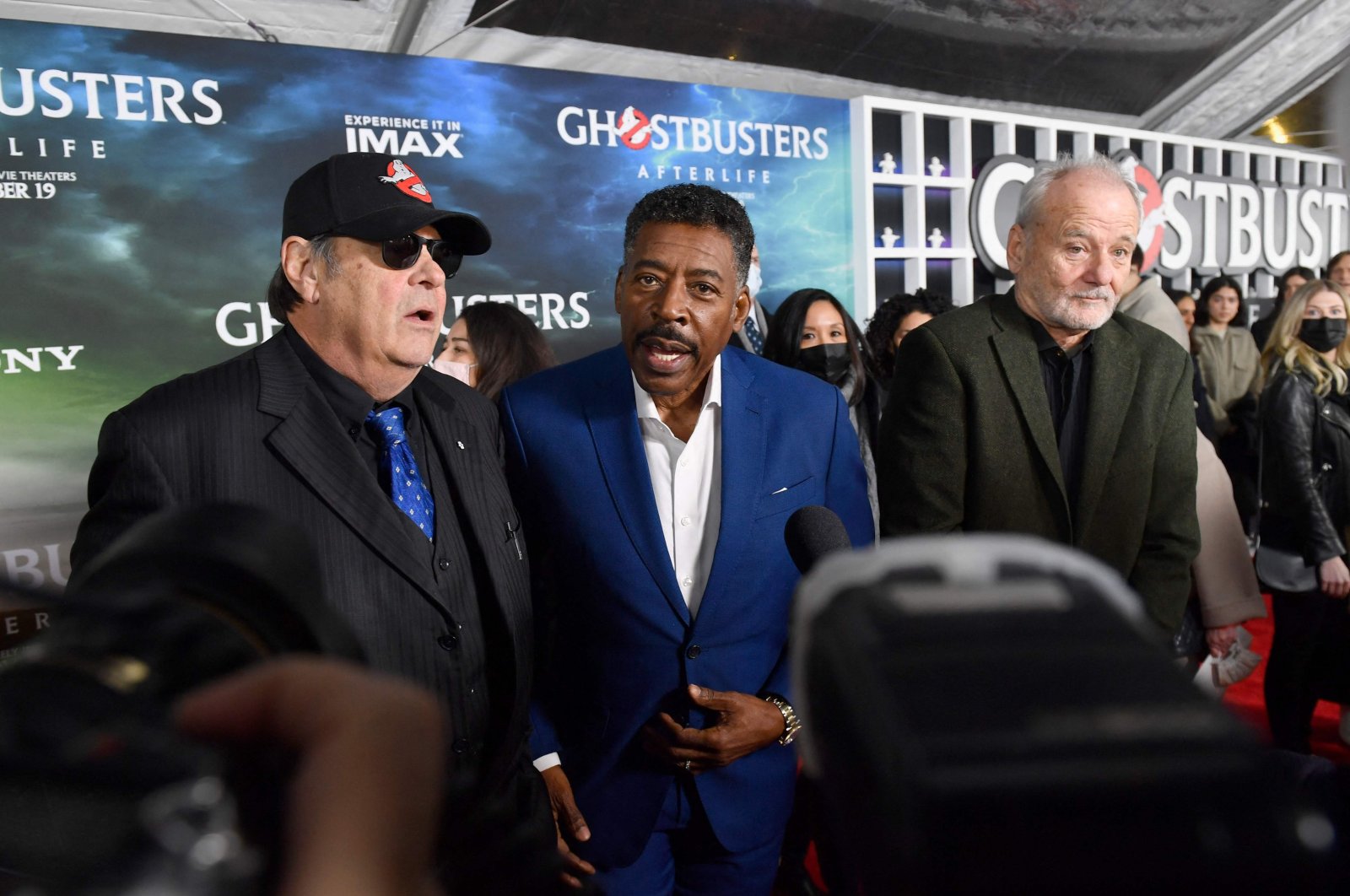 Director Jason Reitman carried the torch of his elders in the new "Ghostbusters" film as he took the director's chair for the new sequel after his father donned the title for the original back in 1984, and the movie itself aims to bring the magic of "Ghostbusters" to a new generation.

Jason said he had the characters for "Ghostbusters: Afterlife" in his head for a long time and when he reached out with the idea to his father, Ivan Reitman, who directed the first two films, the elder Reitman cried.

"One day I knew what the ending of the movie was, and that's when I knew I was going to make something," Jason said at the movie's premiere in New York on Monday night. "I knew it was time."

In the new film, we see a single mother played by Carrie Coon move with her two children to a small town to reconnect with her estranged father's side of the family. They end up learning things they could have never imagined.

The original Ghostbusters Bill Murray, Dan Aykroyd and Ernie Hudson suit up for the new film and called the experience joyful.

"I felt I was being called up from the reserves to go back into service and step up and take care of things. And it was very organic the way we were in there," said Aykroyd.

"This movie's been such a big part of my life for so many years," Hudson said. "When we got into the jumpsuits ... I was kind of emotionally moved, I teared up. It's great."

Coon highlighted the elements of female empowerment and love in the film.

"I love that the center of our story is a nerdy girl scientist. I mean, I think that's a wonderful invitation for the future," she said.

The new outing is packed with young stars including Finn Wolfhard, Logan Kim and McKenna Grace, who has a song on the film's soundtrack.