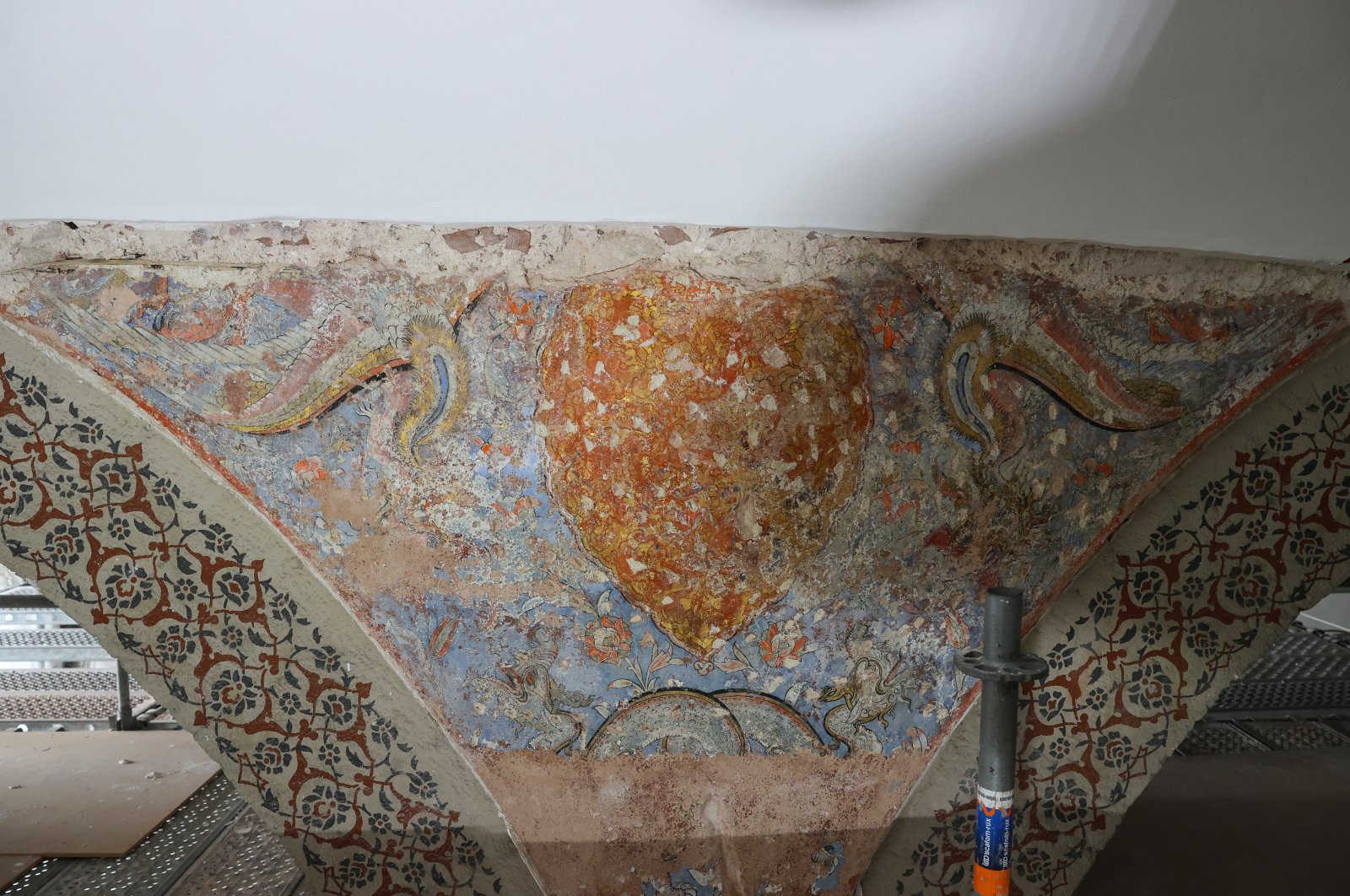 An example of the classical period of Ottoman ornamentation named “saz yolu” has been discovered at Topkapı Palace, one of Istanbul's most famous landmarks that once housed Ottoman sultans while the city was the capital of the empire. The ornament was found on the vaulted ceiling covering the courtyard between the Sacred Relics Section and the Revan Mansion.

Saz yolu, which features figures of mythological birds Simurgh and Phoenix, along with dragons, lions, deer and herbal motifs, is a historical ornament by artist Şah Kulu, the then-chief miniaturist of the Ottoman palace.

Cem Eriş, head of the Restoration Department of the National Palaces Administration, said that Kulu came to Istanbul after the Battle of Chaldiran, which took place in 1514 between the Ottoman Empire and the Safavid Empire, and was promoted as the chief miniaturist at Topkapı Palace. According to Eriş, the miniaturist made his most beautiful works at the palace’s workshop in the 16th century. “He was a sought-after miniaturist at the palace," Eriş said.

Eriş noted that the ornamentation, which had been covered for centuries due to the construction of the vault, was revealed as part of the restoration work initiated in July. He said: “The ornamentation was under plaster with cement mortar. We removed it first and then strengthened the mortar on which the ornamentation is placed.”

According to Eriş, the Scientific Committee of the National Palaces Administration has prepared a restoration plan for the 500-year-old saz yolu ornamentation. He noted that the ornamentation will be preserved in its original form with work carried out by master restorers.

“While we are used to seeing the saz yolu ornament on tiles," he said, "we found it on plaster at the Topkapı Palace,” he added. The area will be opened to visitors after construction surveying is completed.