Paris to wrap Arc de Triomphe, as planned by Christo, in July 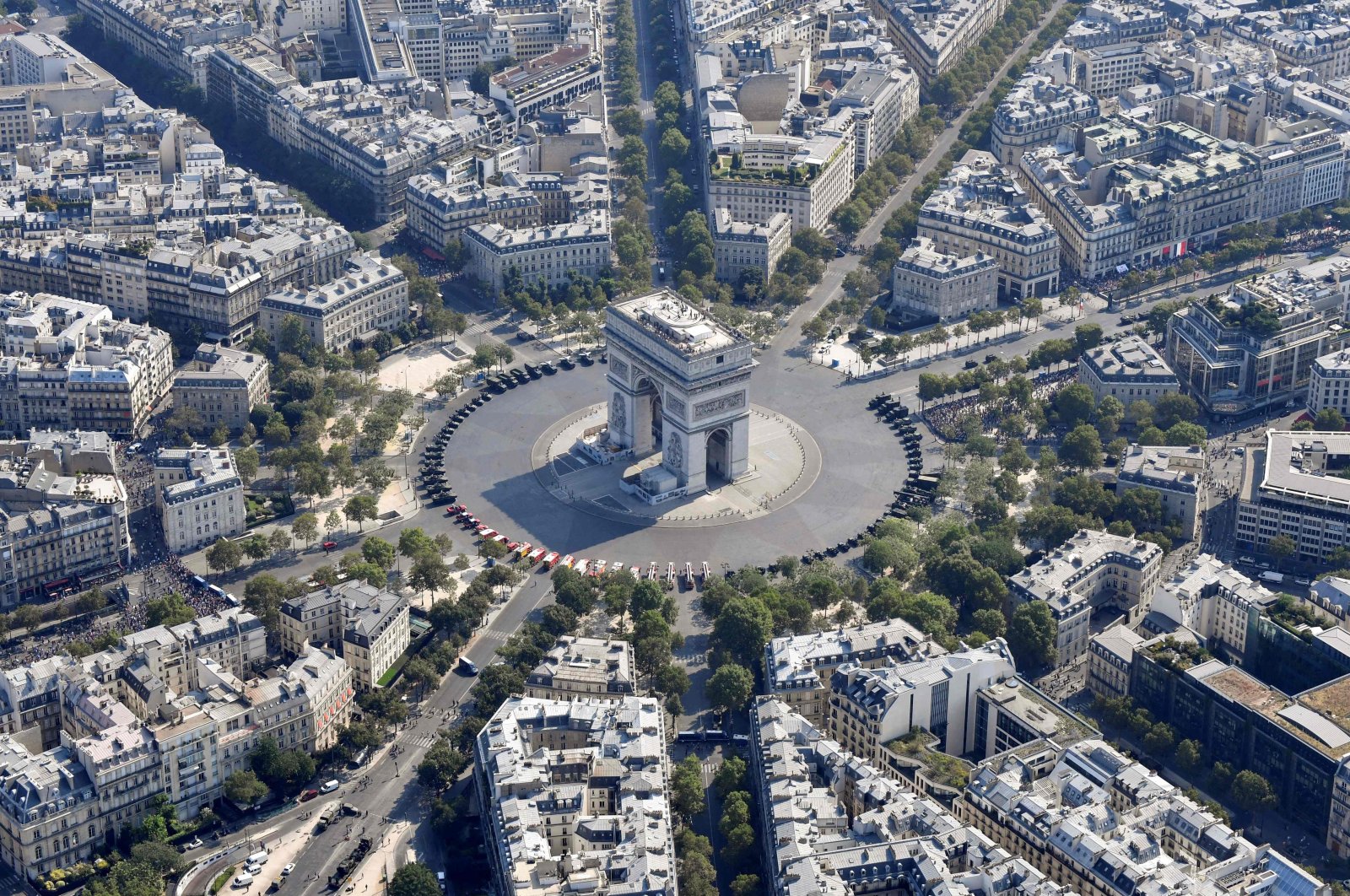 This file photo taken on July 14, 2018 shows an aerial view of the Arc de Triomphe prior to the annual Bastille Day military parade on the Champs-Elysees avenue in Paris. (AFP Photo)
by German Press Agency - DPA Jun 17, 2021 10:39 am
RECOMMENDED

Christo, the artist who wrapped the world, was known for massive, ephemeral public art displays. His latest project was "L’Arc de Triomphe, Wrapped" when he passed away in New York in May 2020 at the age of 84. As a tribute to the famous artist, efforts to wrap Paris' famed Arc de Triomphe will start in mid-July, according to city officials.

The fully wrapped Arc de Triomphe will then be formally on display between September 18 and October 3, according to France's Center of National Monuments (CMN). Officials have not yet been decided when and in what form the inauguration will take place.

Christo had long been working on this Paris project, which echoes similar wrapping works such as that of Berlin's Reichstag to parts of the Australian coast.

"L’Arc de Triomphe, Wrapped" will now be carried out by his team and CMN, which manages the monument.

Originally, the Bulgarian-born artist's project had been planned for spring 2020, but had to be postponed several times. The center said that work on wrapping the French capital's landmark will start after July 14, France's national holiday – Bastille Day.

The Arc de Triomphe was commissioned by Emperor Napoleon I to glorify his victories in 1806. Under the arch lies the tomb of the unknown soldier from the First World War.

Christo, together with his wife Jeanne-Claude, who died in 2009, had already covered the famous Pont Neuf bridge in Paris with sand-colored fabric in 1985. The wrapping of the Arc de Triomphe had been planned by the two since 1962.