Christo, artist who wrapped the world, dies at 84 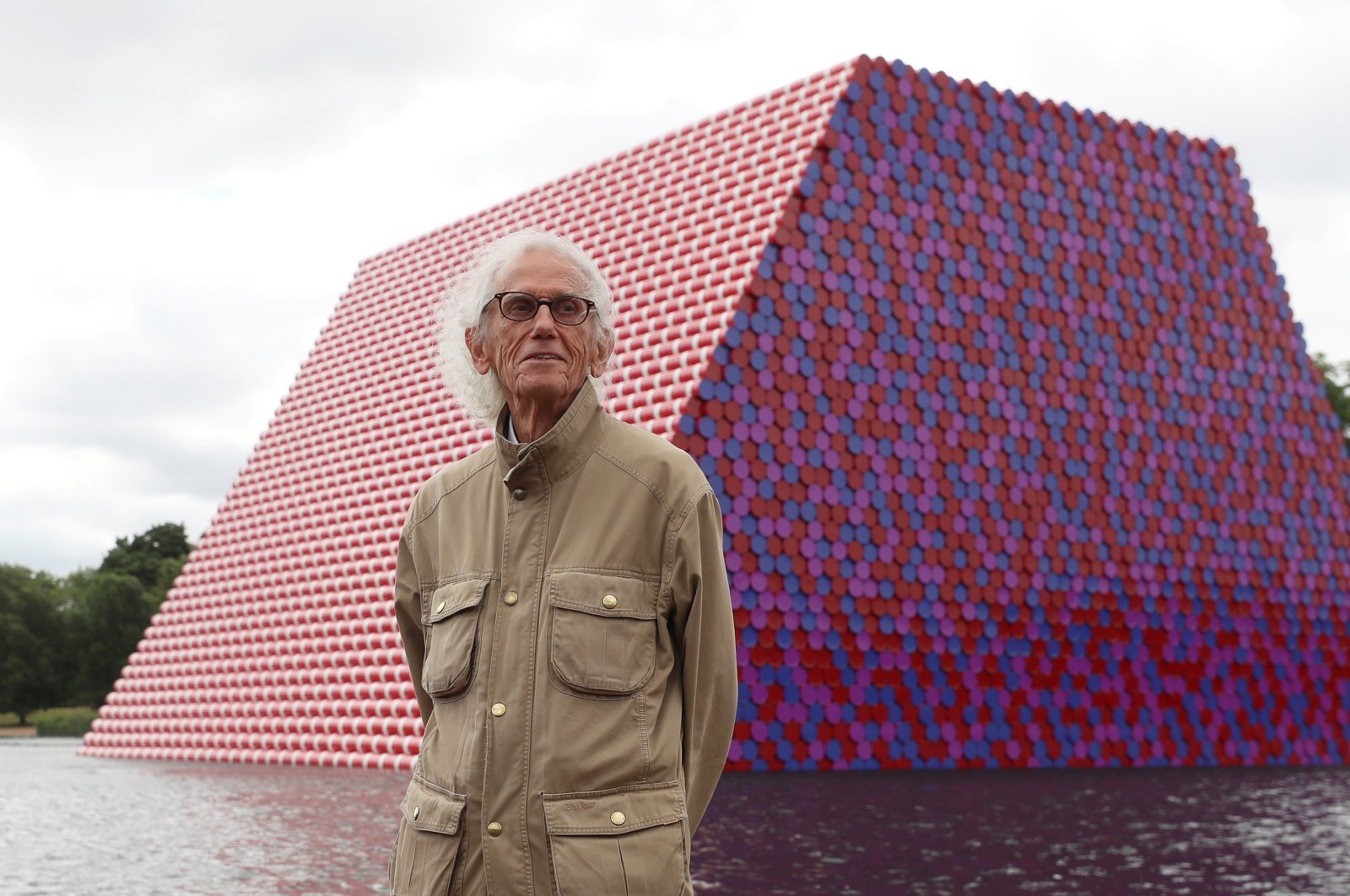 Christo, known for massive, ephemeral public arts projects, died Sunday at his home in New York. He was 84. His death was announced on Twitter and the artist's web page. No cause was given.

Along with late wife Jeanne-Claude, the artists' careers were defined by their ambitious art projects that quickly disappeared soon after they were erected and often involved wrapping large structures in fabric. In 2005, he installed more than 7,500 saffron-colored vinyl gates in New York's Central Park. He wrapped the Reichstag in Berlin in fabric with an aluminum sheen in 1995. Their $26 million "Umbrellas" project erected 1,340 blue umbrellas installed in Japan and 1,760 blue umbrellas in Southern California in 1991. They also wrapped the Pont Neuf in Paris, the Kunsthalle in Bern, Switzerland and a Roman wall in Italy.

The statement said the artist's next project, "L’Arc de Triomphe, Wrapped," is slated to appear in September in Paris as planned. An exhibition about Christo and Jeanne-Claude’s work is also scheduled to run from July through October at the Centre Georges Pompidou.

“Christo lived his life to the fullest, not only dreaming up what seemed impossible but realizing it,” his office said in a statement. “Christo and Jeanne-Claude’s artwork brought people together in shared experiences across the globe, and their work lives on in our hearts and memories.”

Born in Bulgaria in 1935, Christo Vladimirov Javacheff studied at the Fine Arts Academy in Sofia before moving to Prague in 1957, then Vienna, then Geneva. It was in Paris in 1958 where he met Jeanne-Claude Denat de Guillebon. They were born on the same day, June 13, in the same year, 1935, and, according to him, “In the same moment” and would become partners in life and art.

Christo was already wrapping smaller found objects, like cars and furniture, but after he met Jeanne-Claude, their scale broadened. Within three years they were working together on an installation of oil drums and tarp on the docks in Cologne.

Although their large-scale outdoor and indoor projects were collaborative, they were all credited solely to Christo until 1994, when they revealed Jeanne-Claude’s contributions. The decision, they said, was theirs and deliberate since it was difficult enough for one artist to make a name for himself.

The pair moved to New York in 1964, where they liked to say that they were illegal aliens in an illegal building in SoHo for a few years. They eventually bought that building and would call the city home for the rest of their lives.

The year 1968 would prove pivotal for the couple with three endeavors: "Wrapped Fountain," "Wrapped Medieval Tower" and "Wrapped Kunsthalle." The next year brought "Wrapped Coast," which involved 1 million square feet (93,000 square meters) of fabric and 35 miles (56 kilometers) of rope across a 1.5-mile section of the Australian coastline, and the wrapping of the Museum of Contemporary Art in Chicago.

Jeanne-Claude died in 2009 at age 74 from complications of a brain aneurysm. After her death, Christo said she was argumentative and very critical and always asking questions and he missed all of that very much.

Their works were grand in every respect, from manpower to impact. Over 600 workers were involved in putting up "The Gates" and 300 more in dismantling them. More than 5 million people saw the installation, and it was credited with injecting about $254 million into the local economy.

"Running Fence," which was comprised of 2,050 white fabric panels, stretched across 24.5 miles in Northern California in 1976.

For the "Umbrella" project, a total of 1,880 workers were used. That, however, had a more somber end: It was dismantled after a spectator died in California.

″I will live with that tragedy to the end of my life,″ Christo said at the time.

In a 2018 interview with The Art Newspaper, Christo spoke about his signature wrapping aesthetic. In the instance of the Reichstag, he said, covering it with fabric made the Victorian sculptures, ornament and decoration disappear and, thus, highlighted, "The principal proportion of architecture.”

“But, like classical sculpture, all our wrapped projects are not solid buildings; they are moving with the wind, they are breathing,” he said. “The fabric is very sensual and inviting; it’s like a skin.”

Two of Christo’s planned projects did not come to fruition before he died: "Over the River," which would have involved draping translucent fabric above 42 miles of Colorado’s Arkansas River, and "The Mastaba," which was conceived in 1977 for Abu Dhabi and would have been the largest sculpture in the world with 410,000 multi-colored barrels forming a “mosaic of bright sparkling colors echoing Islamic architecture.”

Christo willingly abandoned the "Over the River" project in 2017 after 20 years of planning and five years of legal fights.

“I no longer wish to wait on the outcome,” the 81-year-old artist wrote on a website for the project. “Here now, the federal government is our landlord. They own the land. I can’t do a project that benefits this landlord.”

The two made a point of paying for all of their works on their own and did not accept scholarships or donations. Instead, they sold preparatory drawings, collages, scale models and original lithographs to earn enough to finance their dreams.

“I like to be absolutely free, to be totally irrational with no justification for what I like to do,” he said. “I will not give up 1 centimeter of my freedom for anything.”