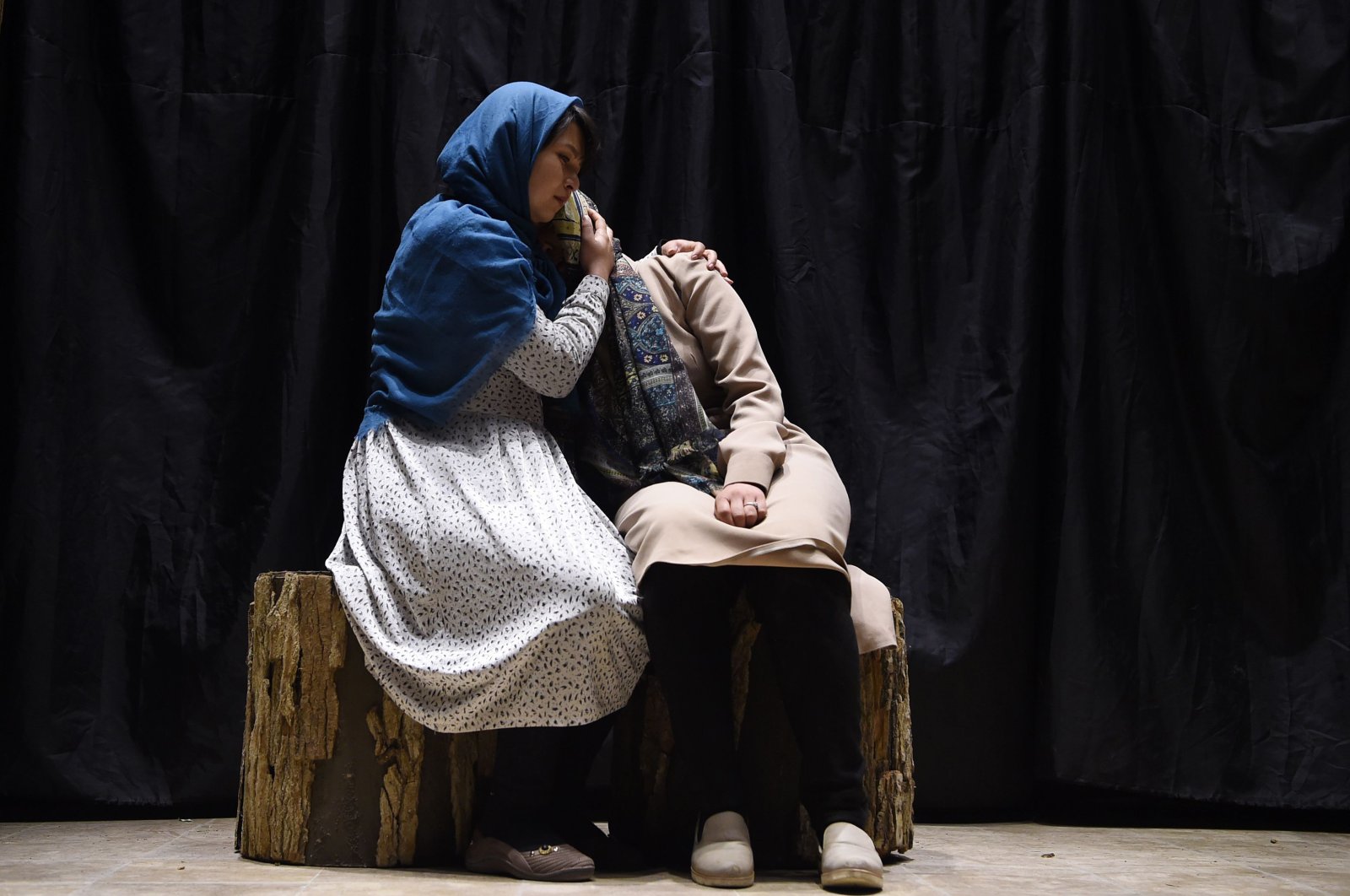 As he watched the play about two girls wrestling with lingering trauma, Afghan student Hussain began to sob, the performance igniting memories of his own brush with death.

"I couldn't stop crying," said the 22-year-old, who survived a suicide bombing in Kabul that killed 57 people in 2018.

"I still have nightmares about the scene, blood, body parts and injured people crying for help," he said.

Hussain, who only wanted to give his first name, spoke to Agence France-Presse (AFP) after seeing "Tanhayee" ("Loneliness"), a play that tells the story of two girls – a suicide blast survivor and a victim of sexual assault.

In a conservative country that has seen decades of war, displacement and poverty, the producers hope the play – which was touring just before the coronavirus pandemic hit but now is paused – will raise awareness about psychological stress and the enduring impact of traumatic events.

"Every individual in this country has been somehow affected by mental trauma from the war or related violence," said Jebrael Amin, a spokesman for Peace of Mind Afghanistan, which is sponsoring the play.

"Theater is a good way to raise awareness, as people witness the pain they perhaps didn't know many around them share," he said.

A 2018 European Union survey found that 85% of Afghans had experienced or witnessed at least one traumatic event, while data from the health ministry shows that roughly one in two Afghans suffers from psychological distress.

"No doubt the war and related violence are the biggest factors in mental distress and trauma in Afghanistan," said Bashir Ahmad Sarwari, head of the ministry's Department of Mental Health.

However, fewer than 10% of Afghans have received sufficient psychosocial support from the state, according to a recent Human Rights Watch report based on government data.

The situation is even worse outside major cities, with large parts of rural Afghanistan now under the control of Taliban extremists and lacking health infrastructure.

The Afghan government has trained around 850 mental health counselors over the past decade, but the fear of social stigma in a conservative patriarchal culture means many people refrain from seeking help.

"This is a big problem as people suffering from mental health problems are labeled as weak, stupid or even crazy," Sarwari told AFP.

The impact can be devastating.

Najib, who declined to give his full name due to the stigma associated with mental illness, began suffering from depression and anxiety after losing his mother to a truck bombing in Kabul in 2017.

When he opened up about his struggles, people dismissed it as a sign of frailty. Some called him a madman.

Najib told AFP he "even thought of suicide."

Najib felt helpless and isolated for years until a friend persuaded him to meet a psychologist.

With many Afghans still suffering in secret, mental health professionals are now turning to unconventional means to raise awareness, including public art projects and theatrical performances.

Peace of Mind Afghanistan has so far sponsored 15 performances of "Tanhayee," which showcases the life-changing impact of therapy when its two protagonists meet a psychologist.

'We cannot keep up'

More than 2 million Afghans in the country of 35 million visited mental health clinics last year, up from a few thousand a decade ago, according to Afghanistan's health ministry.

"We are on the right path," Wahid Majroh, a senior adviser in the ministry, told AFP.

"But the pace of services or the awareness of mental health cannot keep up with the level of trauma from the conflict here," Majroh said.

The experience of trauma is so widespread that the suffering portrayed in "Tanhayee" moved many in the Kabul audience to tears.

The catharsis cut both ways.

Actress Jamila Mahmoodi, who portrayed the victim of a terror attack, said the performance helped her come to terms with narrowly escaping a suicide bombing.

The 21-year-old battled post-traumatic stress disorder for months, haunted by the aftermath of the attack.

"I feel like performing on stage helps me," she told AFP.

"I feel at peace while playing the role that I and thousands of others have painfully experienced in real life."