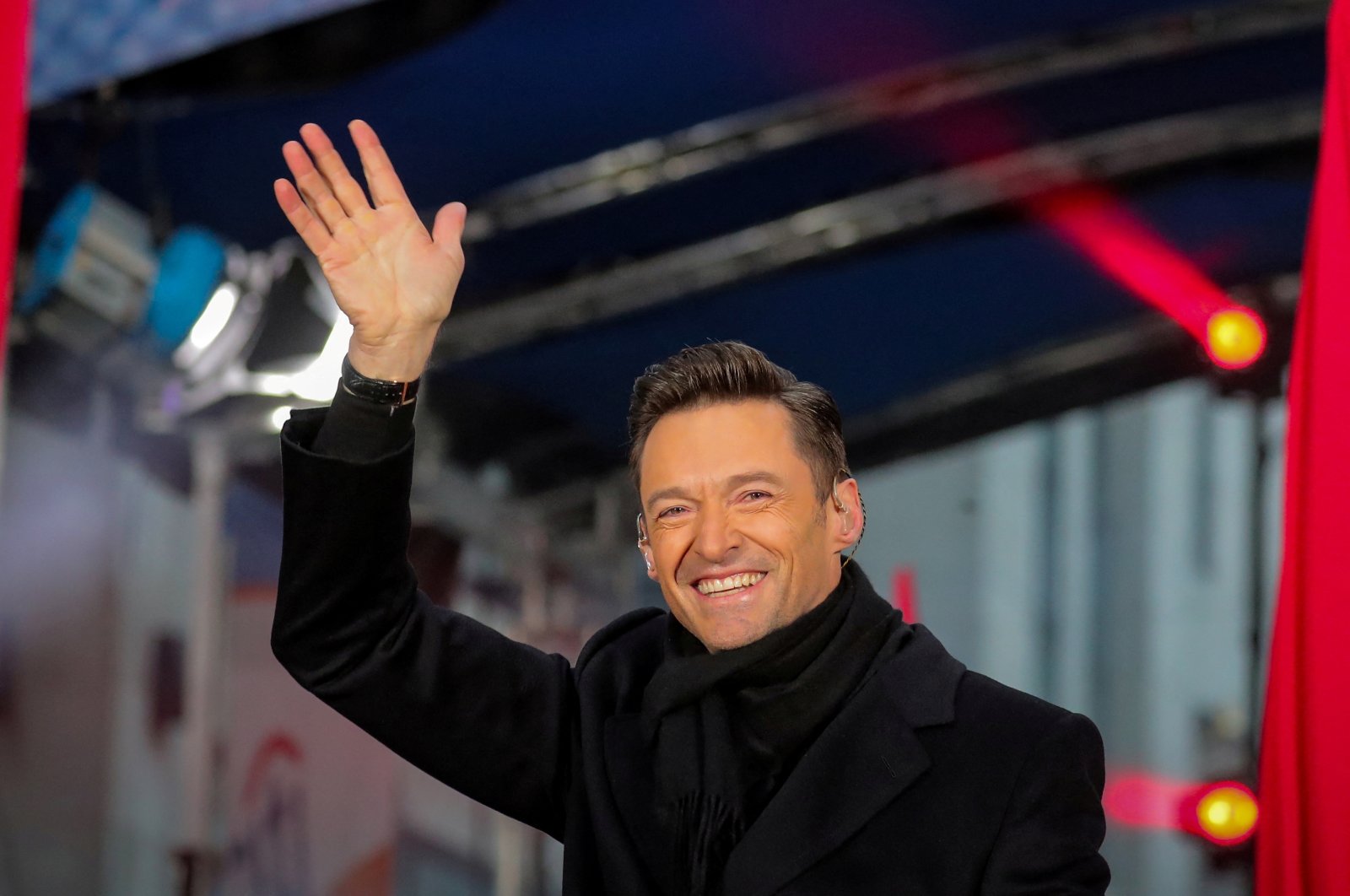 Broadway's revival of "The Music Man," the hottest ticket in town at the moment, came to a halt and canceled performances for five days as star Hugh Jackman announced on social media that he had tested positive for COVID-19 although he had been fully vaccinated and had received his booster shot at the beginning of December.

"I just wanted you to hear from me that I tested positive this morning for COVID-19," said the star of "The Music Man," who was wearing a loose-fitting black mask in the brief video.

"My symptoms are like a cold. I have a scratchy throat and a bit of a runny nose, but I'm fine," he added.

The mask slipped more than once in the video, revealing puffy bags under the 53-year-old performer's eyes.

Jackman said he was going to do all he could to "get better, ASAP." He said he'd be back onstage and "heading to River City" as soon as he was cleared to do so.

Meanwhile, after announcing the cancellation of all shows through Saturday, "The Music Man" company tweeted that Jackman would be back onstage Jan. 6.

Various Broadway productions – including "Hamilton," "The Lion King," "Aladdin," "Harry Potter and the Cursed Child," "Tina," "Ain't Too Proud," "Free Style Love Supreme" and "Mrs. Doubtfire" – have been forced to shutter temporarily in recent weeks due to COVID-19 cases among cast and crew despite vaccine mandates for cast, crew and audiences.

"Jagged Little Pill," "Waitress" and "Thoughts of a Colored Man" were among the shows that closed for good.

Productions have been canceled in Southern California as well at venues including the Pantages, the Broad and South Coast Rep, to name a few. The Music Center announced that it would require booster-eligible patrons to show proof of the extra jab to gain entry starting the third week of January. Public New Year's Eve celebrations are among the fallen too.

The surge couldn't have come at a worse time for Broadway, which reopened only in September after an 18-month closure because of the pandemic. January and February are traditionally the leanest months to bring in audiences, and large musicals need full houses to make money.

In the past week, New York City has seen an average of 20,743 confirmed and probable new cases daily, according to the city's health website, as the highly transmissible omicron variant of the coronavirus sweeps through the United States from the East Coast.

Over the last week, the state of California reported an average of 11,914 new coronavirus cases per day, a 73% jump from two weeks ago, according to data compiled by the Los Angeles Times.

On Sunday, more than 4,000 people in the state were hospitalized with the virus, nearly a 14% increase from the week prior.

"Music Man" is currently running in preview ahead of an official opening scheduled for Feb. 10. Ticket demand has been strong despite an official top price of $699 a seat, and are changing hands on secondary websites for more than $2,000 each.