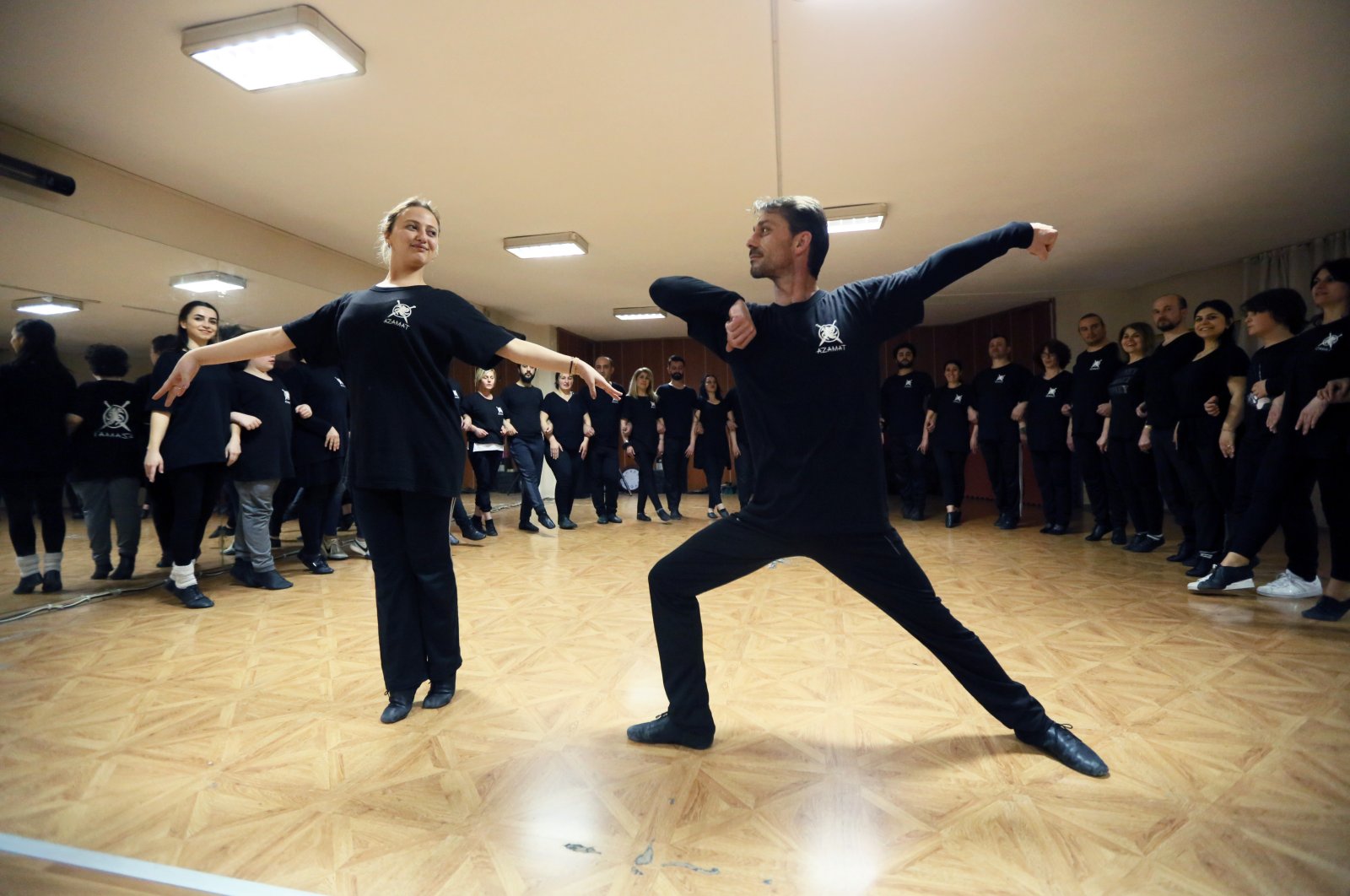 In this undated photo, the members of the troupe rehearse at their workshop in the Samsun Metropolitan Municipality’s Anakent Business Center. (AA Photo)
by Anadolu Agency Mar 27, 2020 12:20 pm
RECOMMENDED

Founded three years ago in the Black Sea city of Samsun, the Caucasian Folk Dance Troupe keeps Circassian culture alive thanks to the work of its 120 volunteers. The group convenes regularly to hone in on their craft at the city's Anakent Business Center while acting as a cultural ambassador at various festivals throughout the year.

Consultant and dance coordinator of the troupe, Fatih Baştuğ, told Anadolu Agency (AA) that the group's aim is based on the promotion of Circassian culture across the world. Pointing out that it isn't just those with roots in the Caucasus that took a great interest in folk-dance training, Baştuğ stated that they had formed a separate dance group for young people and founded an adult folk-dance group called "Second Spring" for those over the age of 35.

The coordinator said that their work showed signs of improving with every passing day, adding: “We love music and dance. We want to introduce Circassian culture, its beauty and its goodness to people across the world. Every dance has its own story. We try to express the Circassian exile, the Nart Saga and what happened in the diaspora through our dances.”

Indicating that the number of non-Circassians in the ensemble had seen a huge rise, Baştuğ added: “The older participants are eager to attend our classes as it is something they can bring their children along to. We have courses at the Community Education Center and provide free education. People of all professions and ages come to learn Circassian folk dances in the second spring of their lives. This gives us great joy.”

The members of the Caucasian Folk Dance Troupe also said that anyone interested in Circassian music and dances could attend the courses.