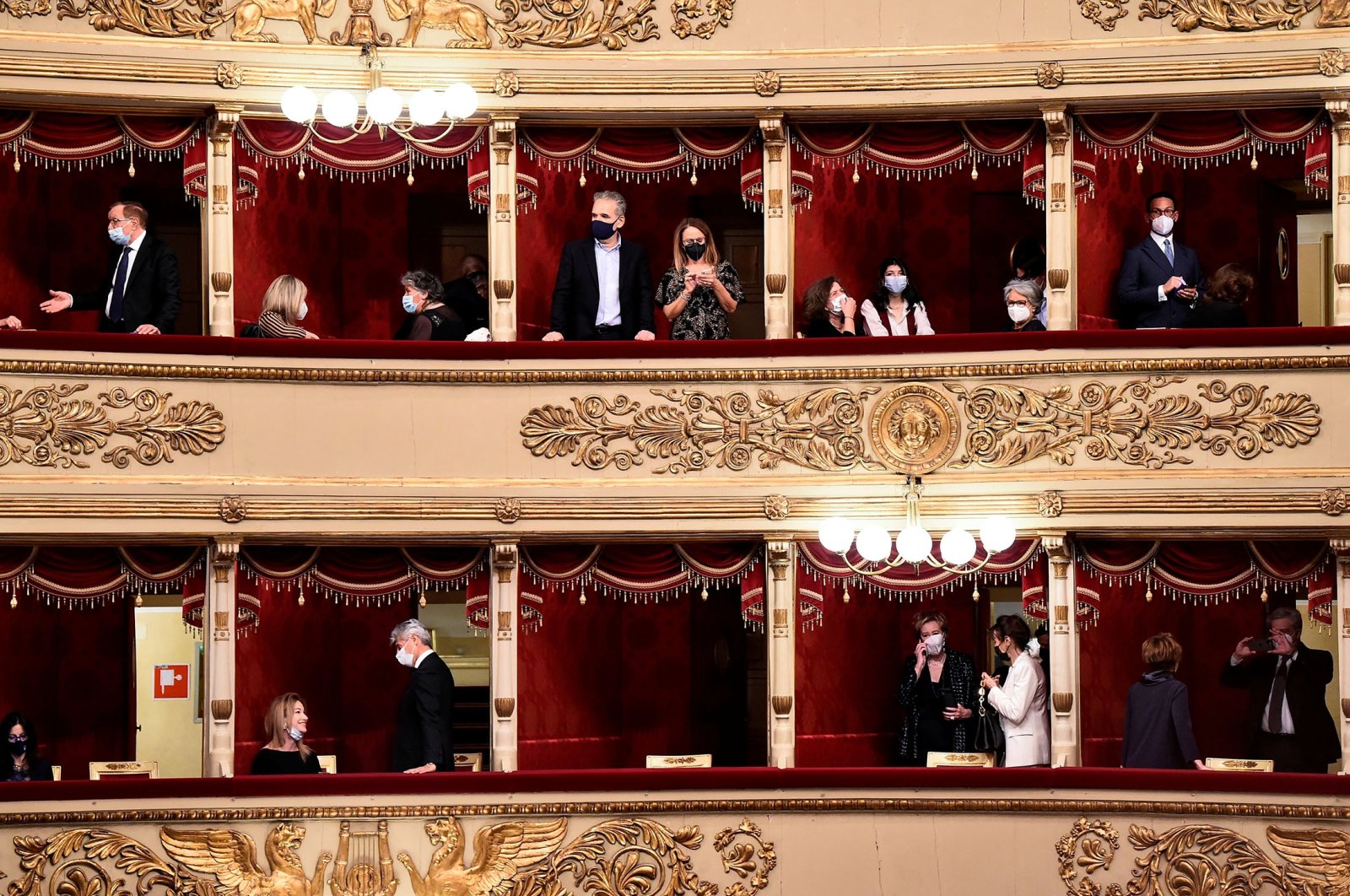 Opera is finally back at the iconic La Scala's opera house, and the first joy to fans' ears will be Giuseppe Verdi's “Macbeth” as it will kick off the opera season before hundreds of audience members later on Tuesday while the COVID-19 pandemic continues to rage on across Europe in its fourth wave, forcing many theaters to close the curtains.

Italy's President Sergio Mattarella and some celebrities are expected to attend the premiere that usually marks the opening of Milan's cultural calendar but this year remains clouded by worries over the spread of the virus and its variants.

While Italy's cinemas and theaters reopened to the public in late April, the government on Monday again restricted access to an array of venues and services, including theaters, for those not yet vaccinated.

"When you see so many great theaters closed, like the Vienna State Opera, those in Munich, Dresden and Leipzig, I have to say we are lucky... This year's season opening is a sort of miracle," said La Scala's artistic director Dominique Meyer.

Only the audience and members of the orchestra will have to wear masks, while the actors and choir will perform standing on stage at a distance.

Meyer said La Scala had spent around 1.7 billion euros ($1.9 billion) since the start of the pandemic on swabs, sanitization and other measures to contain the virus.

The opera, based on William Shakespeare's tragic play, tells the story of a Scottish general who, goaded on by his power-hungry wife, murders the king and has himself crowned.

Though 'Macbeth' is originally set in the 11th century, director Davide Livermore decided to stage the opera in a modern city with skyscrapers and a big lift, using augmented reality.

The opera will run ‪until Dec. 29.