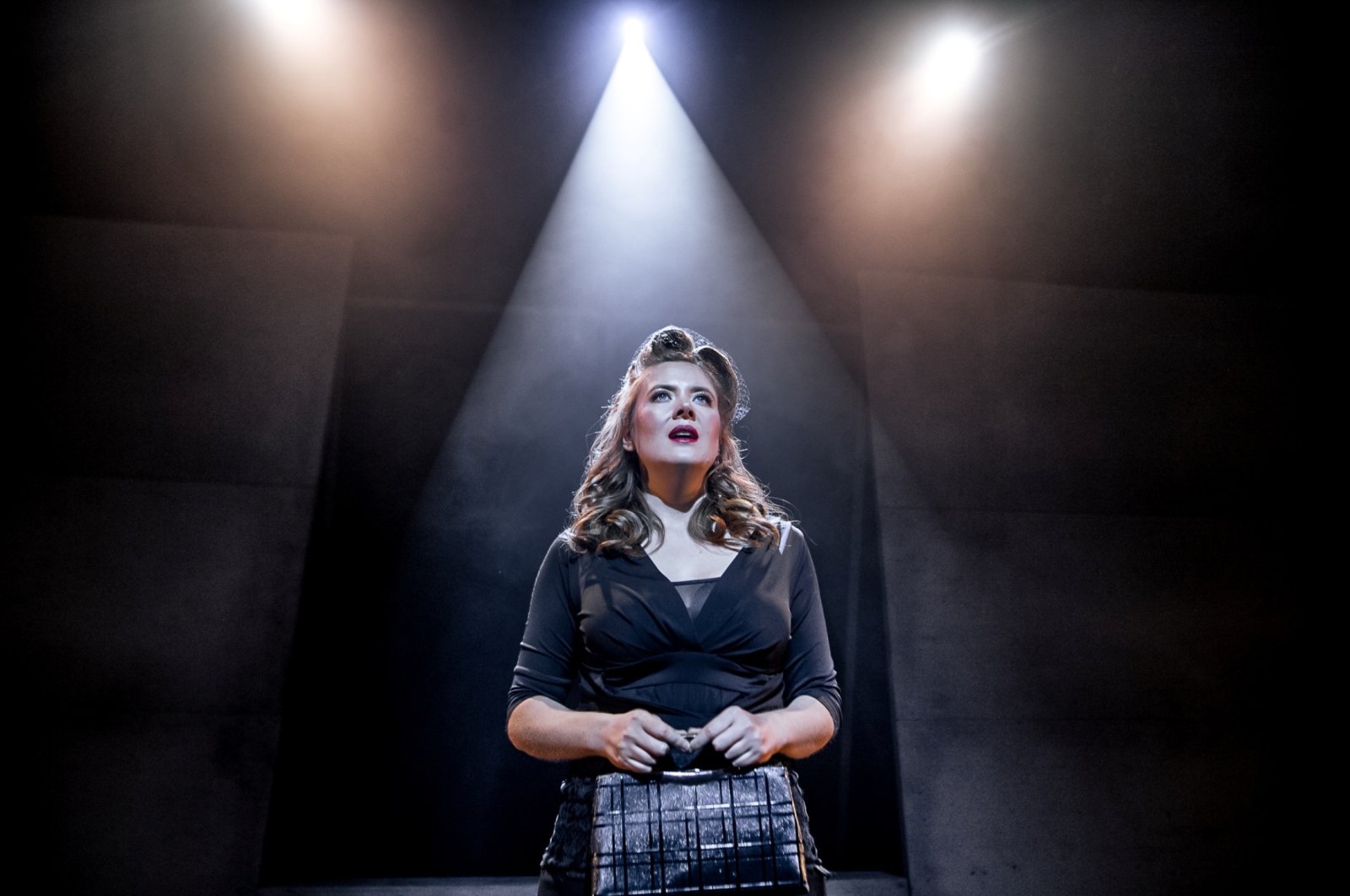 Actor and artistic director of Black Box Live Joanne Hartstone takes part in a rehearsal of “The Girl Who Jumped Off The Hollywood Sign” at the Bakehouse Theatre in Adelaide, Australia, Aug. 11, 2021. (Black Box Live via Reuters)
by Reuters Aug 23, 2021 3:02 pm
RECOMMENDED

A new age of digital theater is rising on the horizon, and its dawn is being accelerated by the global COVID-19 pandemic. A new platform developed to facilitate this concept and keep audiences engaged during the lockdown has now seen new heights, with performers using it to take their shows to festivals far from home – and even to two events at the same time.

Black Box Live, set up by Adelaide-based performer Joanne Hartstone and her partner, won accolades when it livestreamed shows around the world from the Adelaide Fringe earlier this year, which went ahead despite the pandemic, though with COVID-19 measures in place.

Now, Hartstone is using the platform to take her show to not one, but two major fringe festivals abroad that are happening at the same time this year, without ever leaving Australia.

The Edinburgh festival is held throughout August. After technical delays to adapt to pandemic times, the Hollywood Fringe is taking place in the same month, from Aug. 12-29, rather than its usual time in June.

Hartstone stars in "The Girl Who Jumped Off The Hollywood Sign," which will be livestreamed to Hollywood and a separate show in the Edinburgh Fringe at 7.30 p.m., from Australia at 1 p.m. Adelaide time (3:30 a.m. GMT).

Much as she misses the in-person appearances she made in Edinburgh and Hollywood in the past, Hartstone says streaming is becoming an art form in its own right that demands new skills.

"I'm both acting for camera and I'm also acting for stage," Hartstone said. "I'm not just hitting a spotlight, I'm also hitting a camera angle. I'm also having to make eye contact with the camera at a certain point."

Edinburgh has chosen to mix live, livestreamed – meaning the audience watches as the performance is staged – and on-demand performances, which can be viewed at any time, although they are still based on a single-take recording of a show.

Mindful of the huge Hollywood film industry, the Hollywood Fringe decided to include only live and livestreaming, despite the higher technical and cost barriers to livestreaming, especially for small theater companies.

"The live 'anything can happen' aspect of theater is how our community differentiates itself from the film industry," Lois Neville, operations director at Hollywood Fringe Festival, told Reuters.

She said the festival planned to move back to June in the future, but the extra time this year allowed "the pivot to hybrid."

Now the infrastructure has been set up in venues and on the festival's website, it is likely to stay.

"We’ve seen the accessibility that livestream can provide to audiences that might not otherwise participate in Fringe and will likely keep that element around for years to come," Neville said.