Darkest hour of theaters prove rising dawn for some 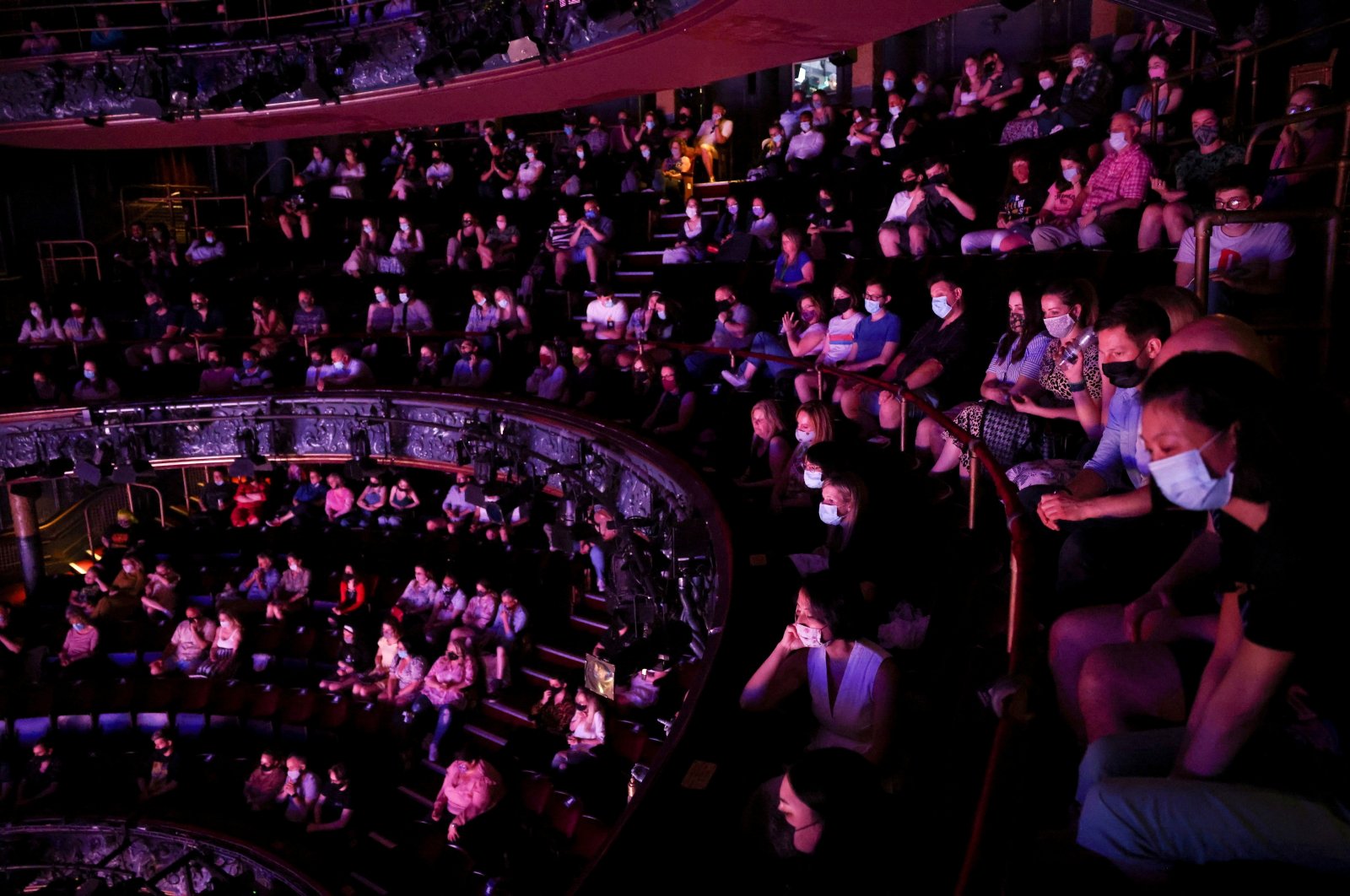 It may be the darkest hour in theater history, the COVID-19 having loomed over the industry for over a year now, but some have found a silver lining in the new technology boom.

Theaters had their gates closed for more than a year before they were able to reopen. Some in this period, the U.K.'s Royal Shakespeare Company included, have taken the chance to speed up their technological tools. Such companies have caused theater to modernize rapidly, transforming stagecraft and revealing new audiences and business opportunities.

Even before COVID-19 closed theaters, they had distributed recorded performances via cinemas for people who could not get to the West End or Broadway.

The pandemic has turned even the smallest theaters into producers of streamed content watched far beyond their local communities.

Most say a screen cannot replace a live performance, but many also predict digital theater is here to stay, and a generation that has grown up with computers and smartphones might even prefer it.

Mixed reality productions allow actors to work alongside technological versions of Shakespeare's more unearthly characters, and digital events have invited audiences worldwide to watch the action from their computers.

"We’re living R+D right now. If we look at what the pandemic did, it cracked open the future. And this is the first draft, and I think that’s terribly exciting," Sarah Ellis, director of digital development at the RSC, told Reuters in an interview.

"We have an audience that’s local to us, but we also have this huge global audience, which is a massive potential."

Research by the RSC during lockdowns found that audiences were prepared to pay for digital content and willing to watch online even after theaters reopen.

Theaters are unanimous in wanting to recreate the tension of a drama as it unfolds.

That used to mean expensive technical crews. But a few months before the pandemic took hold, a transformative piece of equipment became available.

It is known as a switcher. One type of switcher is generating particular excitement because it costs just $295: the ATEM Mini produced by Blackmagic Design. This Australian company has worked with the RSC and provided technology for blockbusters such as "Avatar" and "Game of Thrones."

It allows switching between four different cameras, meaning a single performance, as opposed to the many takes required to create a movie, can provide all the angles and close-ups needed. It also permits rapid editing so that performances can be shared almost immediately.

"When I first got into this industry, I found that creative people were being sidelined, and the businesspeople were the ones that were running everything. I just felt that was wrong, and if the equipment were more affordable, it would empower creative people," he told Reuters.

Rising from the ashes

Theater Charlotte is a small theater that has used the switcher to stream to an audience across the United States and Canada.

It is North Carolina's longest continually producing community theater, but it faces an even more uncertain future than most after a fire last year ravaged its 80-year-old headquarters.

Its previous theater also burned down, forcing actors to perform where they could. Acting executive director Chris Timmons said the company had rediscovered the "renewed energy of theater not just being a building."

Timmons expects to carry on streaming even after Theater Charlotte's refurbishment is completed next year. He believes a younger generation might be less interested in the rituals of pre-performance dinners and after-show drinks.

"Maybe we’ll look back in a few years and see that there’s this whole generation that would rather just watch it on a screen than have that other social aspect to it. I think there’s certainly room for both," he said.

Michigan-based startup Colvin Theatrical agrees. Founder Cody Colvin says many productions find it difficult to break even at the best of times, and streaming could be the solution to that.

"Fundamentally, we’re going to hit a point where selling tickets is not going to pay the bills anymore," he said, citing rising rents, insurance and other costs.

"Theater will be like sports and like comedy, where there will be a live audience paying a premium to go to the event and then it will be broadcast. That’s the only way to scale."

The live experience will still be hard to beat.

Neil Darlison, director of theater at Arts Council England, said the council supported the use of digital tools to engage a wider audience, but the appetite for live theater was still strong.

"I don’t think streaming is going to be as disruptive to theater as it is to, say, cinema or indeed it was to music. Theater’s USP (unique selling proposition) is the collective experience, which is much harder to replicate digitally," he said.