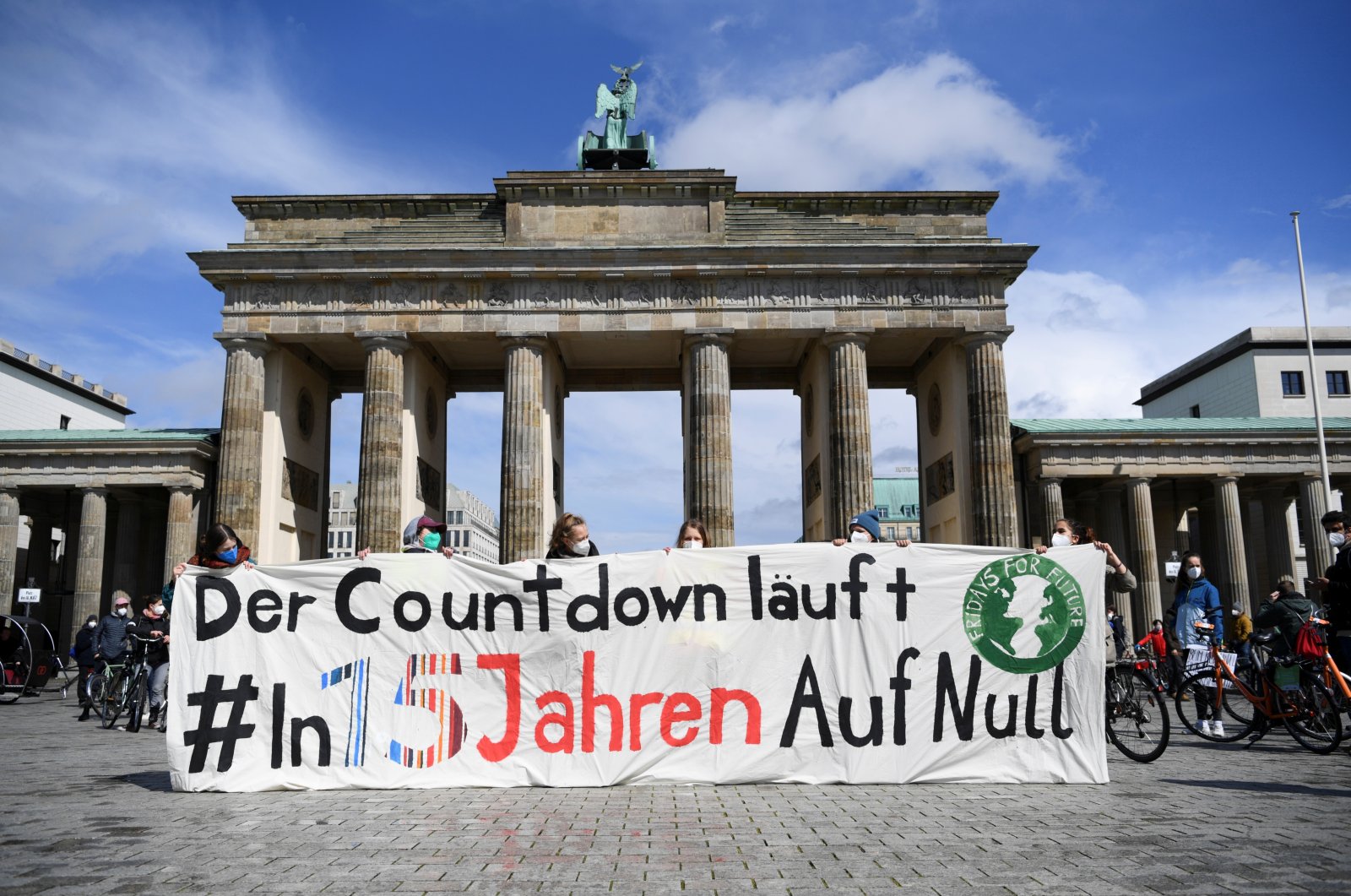 Cyclists attend a Fridays for Future bike protest for climate neutrality till 2035, in front of the Brandenburg Gate in Berlin, Germany May 7, 2021. The banner reads: "The countdown is running! In 15 years to zero." (Reuters File Photo)
by German Press Agency - DPA Jun 03, 2021 7:51 pm
RECOMMENDED

A theater festival that will take place in the German city of Hannover next month is preparing to host an unusual event designed to raise awareness of environmental issues, organizers said on Thursday.

The Theaterformen festival, which runs from July 8 to 18, said in a statement it would feature an "architectural and artistic intervention" and had applied for the necessary permit to close off a multi-lane highway behind the city's train station to host discussions.

However, local politicians are still divided over the event, which is said to be backed by the Green Party, according to a report in the Hannoversche Allgemeine Zeitung.

Hanover's mayor Belit Onay, a Green Party member, said he was eager to see how the festival would use art to provide new perspectives on climate justice.

The first festival under new artistic director Anna Muelter opens with "The Revolt," a world premiere by Argentine artist Lola Arias together with the Schauspiel Hannover theater. The work sees senior citizens and caregivers from the city taking the stage at the Schauspielhaus.

The festival closes with an award-winning work by Austrian Florentina Holzinger about discipline and the cult of beauty. Called "DANCE. A Sylphidic Reverie in Stunts," it will feature "dizzying acrobatics, muscular female bodies and martial arts fight scenes," the organizers said.

The Theaterformen festival is held in Hanover and nearby Braunschweig, alternating each year.