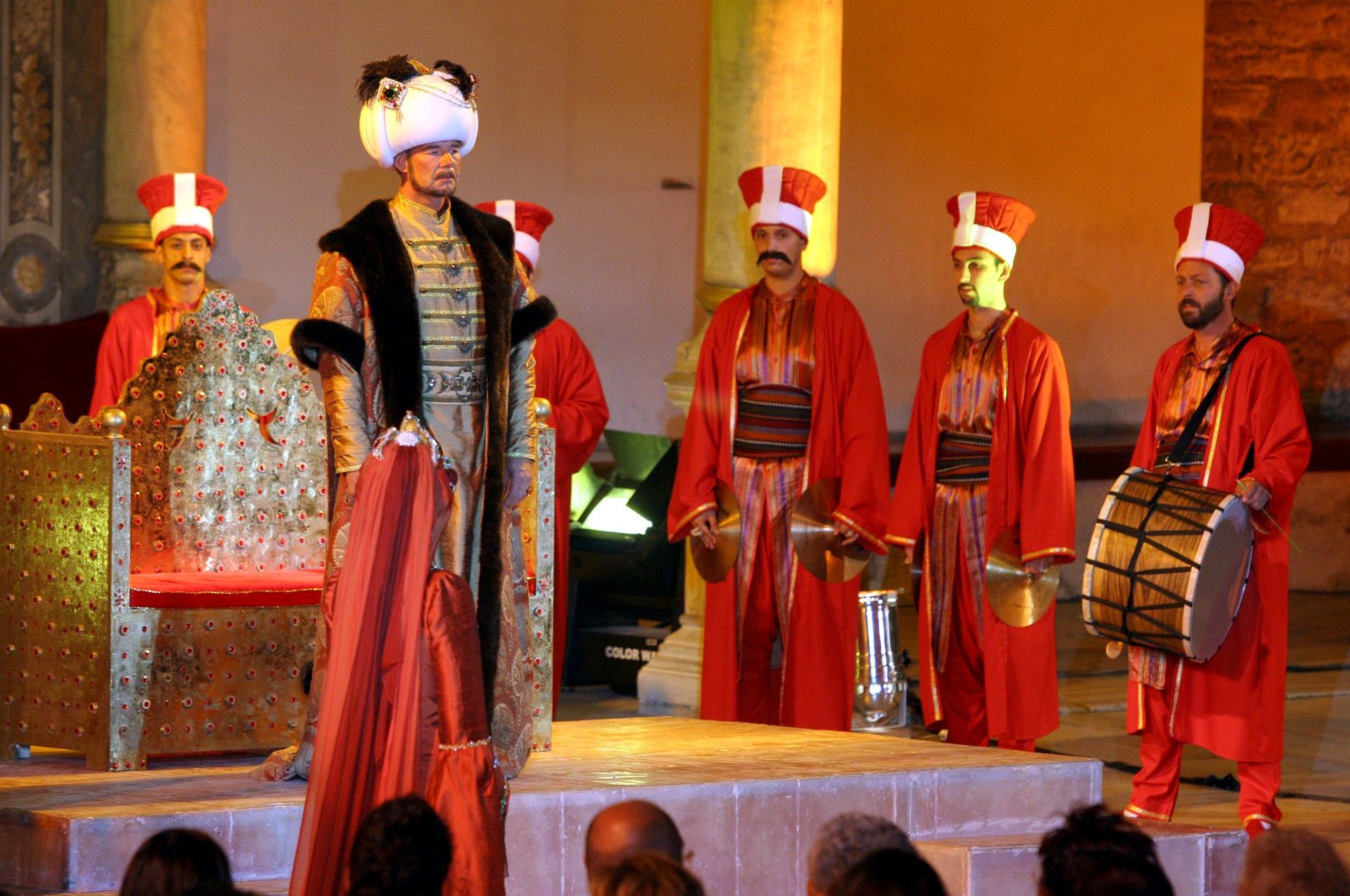 Organized by the General Directorate of State Opera and Ballet, the International Istanbul Opera Festival will take place for the 13th time this year from July 16 to July 30. The performances being presented to Istanbulites as part of the dynamic festival will grace the Haliç Congress Center Open Air Stage and iconic Atatürk Cultural Center (AKM) Theater Stage.

State Opera and Ballet General Manager and General Art Director Murat Karahan shared information about the festival at a press meeting held in the foyer of AKM. Karahan explained that the festival will kick off on July 16 with the "7 Tenor" concert, which will be performed on a huge stage to be set up in the garden of the Haliç Congress Center against the backdrop of the mesmerizing Golden Horn.

Noting that there will be an audience capacity of nearly 3,000 for the performances within the scope of the festival, Karahan added, "Our tickets are already on sale and we have already achieved a very serious sales rate. We, as the State Opera Ballet of the Ministry of Culture and Tourism, organize many festivals. With our festivals in Ephesus, Istanbul, Bodrum and Aspendos, our audience will be satisfied in terms of arts.”

According to Karahan, the 13th International Istanbul Opera Festival program includes four major opera works and concerts that will be staged by the Ankara, Istanbul and Antalya State Opera and Ballet Directorates on July 16, 20, 23 and 27 at the Golden Horn venue and on July 30 at AKM.

Istanbul audiences will be treated to an array of performances featuring international artists, including the "7 Tenor" concert and the operas "Tosca," "Murat IV," "Carmen" and "The Abduction from the Seraglio," Karahan notes, adding: “Turkey actually has a chance that many countries in the world do not have. We have six operas and ballets that are supported by the state, and these operas and ballets have very valuable artists and technical teams in their staff. The General Directorate of State Opera and Ballet is an institution that can do and produce everything on its own.”

Mentioning the launch of the new AKM building, the art director added that its magnificent hall is now one of the top 10 opera houses in the world, if not one of the top eight. Pointing out that there has been a tradition of opera and ballet in Turkey for more than 70 years, Karahan expressed that they trust in the quality of their artists, orchestras and technical teams.

All performances within the scope of the festival will be staged at 9 p.m.

At the opening concert at the Haliç Congress Center Open Air Stage, seven tenors will take the stage together accompanied by the Istanbul State Opera and Ballet (IDOB) Orchestra.

Conducted by Zdravko Lazarov, the concert will feature folk songs and Neapolitans as well as arias and operas by world-famous composers.

The Italian opera "Tosca" will be staged by Ankara State Opera and Ballet (Ankara DOB) on the evening of July 20.

The work was composed by Giacomo Puccini, and its libretto was written by Luigi Illica and Giuseppe Giacosa. Turkey’s first opera artist Semiha Berksoy was also the first Turkish artist to perform the leading role of Tosca in this opera. In memory of the artist, the “Tosca” representation at the 13th International Istanbul Opera Festival will be staged with the production of Berksoy’s daughter, professor Zeliha Berksoy.

Romanian soprano Angela Gheorghiu will take on the role of Tosca while tenor Murat Karahan will appear as Cavaradossi in the opera, to be conducted by Ankara DOB’s famous German maestro Raoul Grüneis. Eralp Kıyıcı, a soloist baritone from Ankara DOB, will also perform in the role of Scarpia.

The set design of the opera has been prepared by Özgür Usta, while Serdar Başbuğ and Aydan Çınar oversaw the costumes and Özge Ay was responsible for choreography. Yakup Çartık headed the lighting while Gülümden Alev Karaman prepared the dramaturgy.

With the "Murat IV" opera on July 23, ADOB will tell the story of the conquest period in Ottoman history, mysterious life at palace and the life story of Murad IV, who became the Ottoman sultan at the age of 11.

Composed by one of the greats of Turkish opera, composer and conductor Okan Demiriş, who passed away in 2010, the work has been performed nearly 200 times after its world premiere in Istanbul on May 3, 1980. The three-act opera, the libretto of which is by Turan Oflazoğlu, is presented by Haldun Özörten.

While Engin Suna will take the stage in the role of Sultan Murat, Arzu Yaman will perform the role of Közem Sultan and Umut Tarik Akça will play Grand Vizier Topal Recep Pasha in the representation. Suna, Yaman and Akça will be accompanied by the artists of Antalya DOB.

French composer Georges Bizet's work "Carmen," one of the most staged operas around the world, will be performed as part of the festival on July 27 with the production of the famous Italian director Vincenzo Grisostomi Travaglini and the magnificent choreography of IDOB chief choreographer Ayşem Sunal Savaşkurt.

Famous Romanian mezzo-soprano Ramona Zaharia will take on the role of Carmen, Don Jose will be played by Efe Kışlalı and Escamillo by Murat Güney.

Zeki Sarayoğlu prepared the decor for the performance, which tells the story of Carmen, a gypsy girl who works in a tobacco factory in the Spanish city of Seville in the 1830s. The costumes for the opera were prepared by Ayşegül Alev and the light design was prepared by Giovanni Pirandello.

‘The Abduction from the Seraglio’

Wolfgang Amadeus Mozart's opera "The Abduction from the Seraglio” will be the closing piece of the 13th International Istanbul Opera Festival on July 30 at AKM.

The play, which will be staged by IDOB under the direction of Caner Akın, will offer audiences a different take on the opera with references to the global pandemic, which has been on the world agenda for a long time.

In the performance, the Istanbul State Opera and Ballet Orchestra will accompany the artists under the baton of conductor Zdravko Lazarov. The choreography belongs to famous ballet dancer Tan Sağtürk while Olcay Engin Kaymaz prepared the decor and costume design. The lighting designer is Taner Aydın.

Ufuk Toker will perform the role of Belmonte in "The Abduction from the Seraglio.” Umut Tingür will be in the role of Osmin while Ceren Aydın will appear as Konstanze, Işılay Meriç Karataş as Blondchen and Serkan Bodur as Pedrillo.