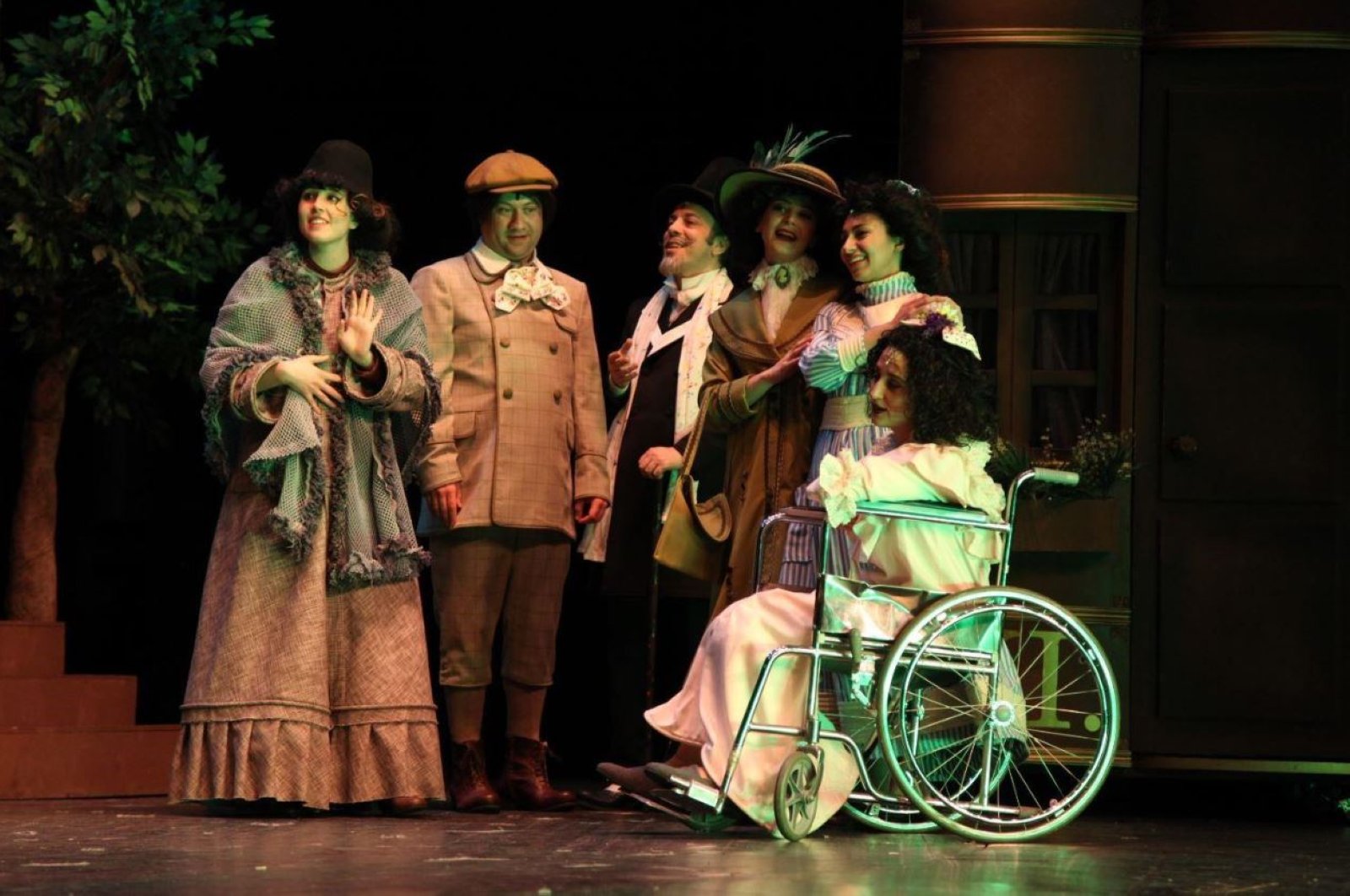 Turkey has taken various measures to combat the coronavirus pandemic, including the temporary closure of theaters, libraries, museums and cultural sites. However, despite the ban on public gatherings, Istanbul City Theaters continues to entertain audiences with cultural performances online. Furthermore, the collective will also present a number of past works in line with World Theater Day, observed on March 27. The children's play “Pollyanna” will be presented for young viewers at 2 p.m. on Saturday, while older audiences can look forward to “Geç Kalanlar” ("Latecomers") at 8 p.m. on Friday via the Kultursanat webpage.

Originally penned by Eleanor H. Porter, “Pollyanna” was adapted for Turkish speaking audiences by Binnur Şerbetçioğlu. The play sees Pollyanna sent off to live with her infamously strict Aunt Polly after the untimely death of her parents. With the arrival of Pollyanna at the mansion, life begins to change for everyone. “Pollyanna” is one of the most famous works of children's literature and comes with the message that happiness is possible even in the worst of situations, showing that if you just look for solutions to issues, there is always hope.

Meanwhile, "Geç Kalanlar" is written by Pervin Ünalp and directed by Nihat Alpteki. The play tells the story of a couple who must confront their regrets.

Initiated by the International Theater Institute (ITI) in 1961, World Theater Day is celebrated on March 27 with a plethora of activities and events presented across the thespian community. For example, the ITI invites a figure every year to share his or her reflections on drama and acting. However, the ITI this year has decided to conduct its activities online in light of the coronavirus outbreak. The group announced on its official page that it encouraged all centers, cooperating members and friends of the ITI to send videos to celebrate 2020 World Theater Day online.

The 2020 ITI celebrations are not the only ones affected by the anxiety and fear of COVID-19 in the art of theater. The Antoinette Perry Award for Excellence in Broadway Theater, commonly known as the Tony Awards, was also postponed indefinitely on Wednesday. Considered the Oscars of theater, the award ceremony is the latest cultural event to fall victim to the pandemic. The award ceremony was scheduled to take place in New York City on June 7.