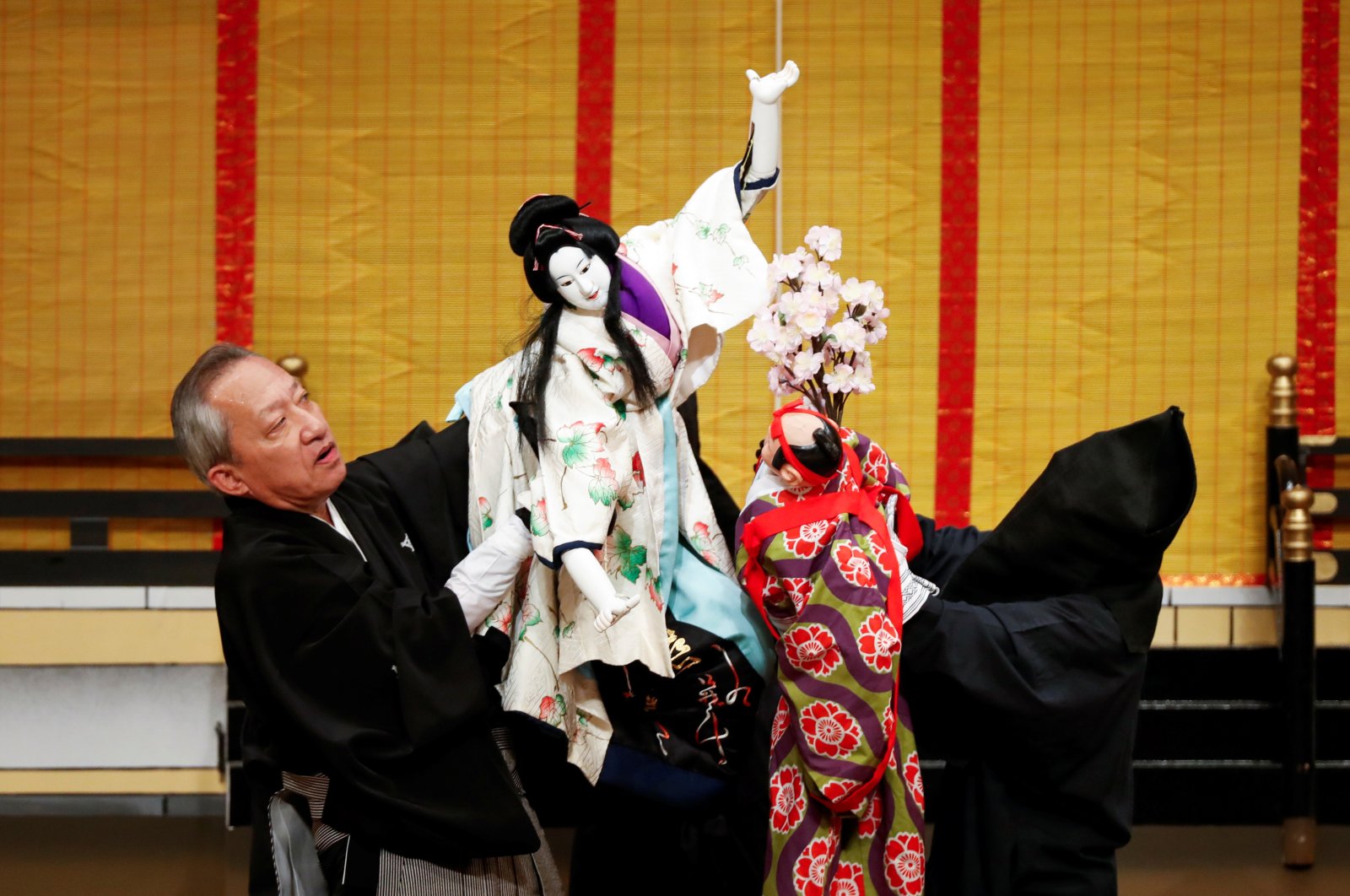 Stuck at home for weeks while Japan was under a state of emergency due to the coronavirus, renowned Japanese Bunraku puppet master Kanjuro Kiritake was stricken with deep anxiety after all his performances were canceled for months.

His art, a traditional, male-only Japanese puppet theater, was born in Osaka in the late 1600s, but in 2020 felt existentially threatened, he said. "Many things crossed my mind. When would the pandemic end? When would performances resume? If my 87-year-old master could ever perform again?" Kanjuro, 67, said from his home, which has a room dedicated to puppetry.

The solution was to spend his time at home making puppets for children. It is a rare pursuit for a Bunraku puppeteer. To him, it tied into decades of efforts he's made to keep the centuries-old art alive. He has been teaching Bunraku at Kozu elementary school in Osaka for 17 years.

Nearly 30 sixth graders took part in recent classes, with children practicing their puppetry in a gymnasium amid scorching heat, as a T-shirt-clad Kanjuro instructed them.

The five puppets Kanjuro made had comical faces framed by yarn hair. They also wore socks in neon-bright colors he had purchased online.

From feet to head

Following his father's path, Kanjuro started his career at 14, becoming a disciple of Minosuke Yoshida, who at age 87 is now the oldest living puppeteer.

Like everyone else, he started with the puppets' feet, then moved on to the left hand. It can take more than 30 years until a puppeteer is allowed to manipulate the head. "It is an invisible and tough role. Audiences do not know who you are and the applause goes to the main puppeteer," he said, referring to operating the limbs.

Understanding how to manipulate the feet is crucial as the performer doing that touches the waist of the lead puppeteer, feeling how he moves. It was a lesson Kanjuro learned from his late father, who even after illness left him thin, used his whole body to animate the puppet as a head puppeteer. "I learned from him that you would have to use your entire body, from your toes to fingertips, to make the puppet come to life," Kanjuro recalls. "And how a small and thin puppeteer could manipulate a big puppet by doing that."

Kanjuro is one of Japan's best-known Bunraku performers, but he still worries about securing young talent.

The National Bunraku Theatre in Osaka provides a free, two-year training course that more than half the 83 current performers have graduated from. The art's popularity, however, was waning even before the pandemic, and only two students are in training as of September.

Perhaps, Kanjuro muses, people hired to open curtains or handout stage properties might fall in love with Bunraku and want to study it. Performances in Tokyo resumed on Sept. 5. "Like Sumo and Rakugo where foreigners are active, one day we may have foreign performers," Kanjuro said. "And it could only be a matter of time before women take part as well."