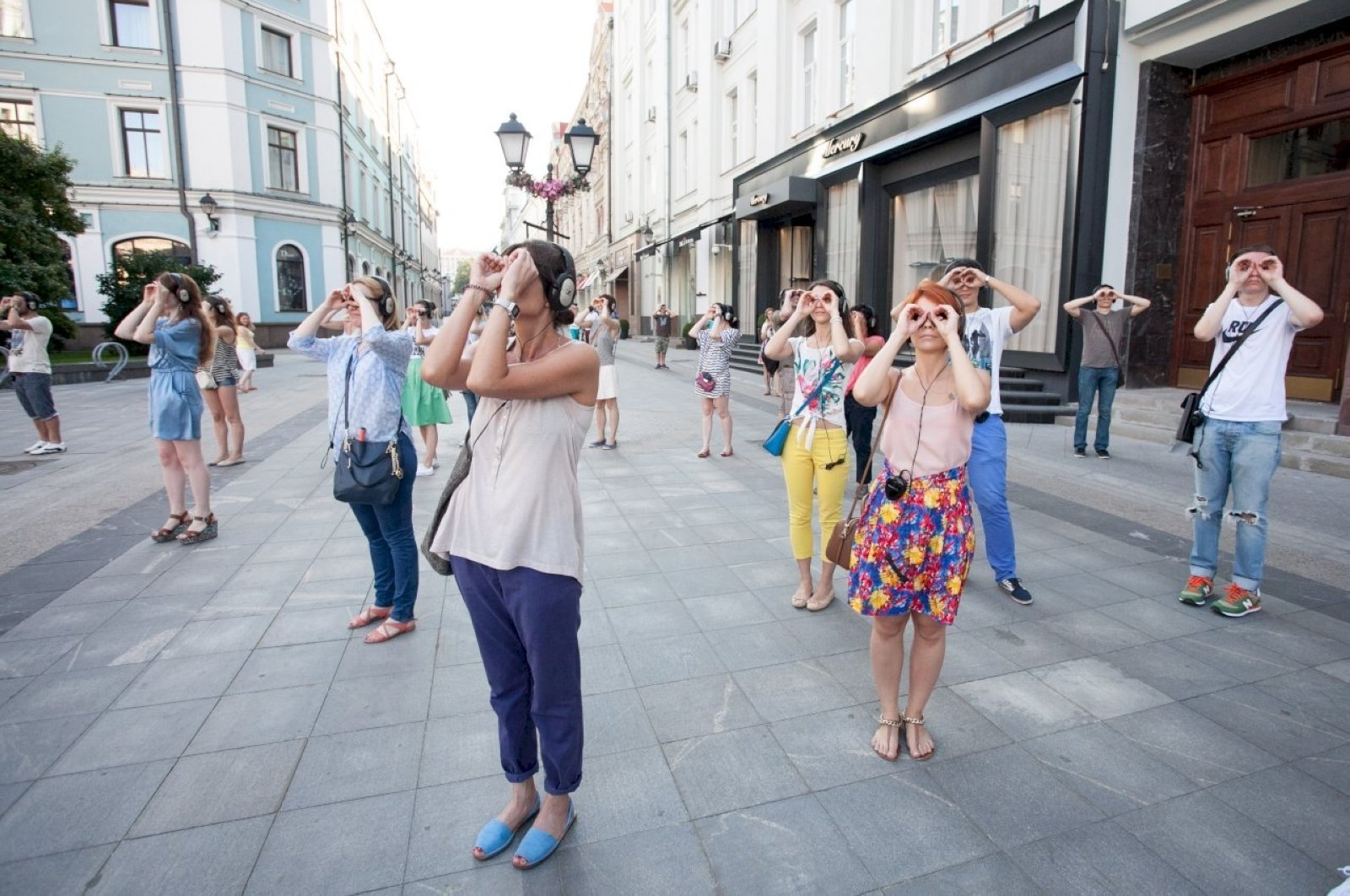 An online talk will be held at the new theater on Jan. 14 at 8 p.m. by Stefan Kaegi, who is the co-founder of Rimini Protokoll and also the designer and director of the Remote X project.

Rimini Protokoll’s Remote Istanbul, an adapted version of the Remote X project, is a theatrical audiovisual journey on the streets of Istanbul. The theater label’s interactive and immersive experience sends a small group of 50 audience members into the heart of Istanbul with headphones. Guided by a synthetic voice, the audience is asked to watch each other and make individual decisions while always remaining a part of a group. Throughout the performance, binaural recordings and film scores provide a soundtrack for the urban landscape. The journey through the city feels more and more like a collective film. The audience is transformed into active participants in the performance, exploring the influence of artificial intelligence, big data and our own predictability.

In short, Remote Istanbul allows audiences to question their relationship with the city through daily practices, observe their own behaviors and that of other participants with the help of artificial intelligence. The relaunch of the Remote Istanbul performance is to be presented again next summer. Since its first premiere in Berlin in 2013, Remote X has traveled to more than 50 cities including Lisbon, Madrid, Moscow, New York, Sao Paulo, St. Petersburg and more.

Kundura Stage aims to introduce and promote documentary theater with the special online talk of Kaegi and invites sector professionals including artists, students, dramaturgists, directors and editors of the performance arts circle and everyone who is interested to discover more about the threshold between fiction and reality in documentary theater. While the artist talk will be held online in English for free, registration is required. The registration form and further information about the talk are available on Beykoz Kundura’s website.

Focusing on the performers and remote audiences, Kaegi will share his ideas and experiences on several different works to redefine the performative language through Rimini Prokoll’s projects and to evaluate them through intertwined narratives and layers based on his own artistic practice in his talk.

Kaegi and Rimini Protokoll received the prestigious Grand Prix Theater/Hans-Reinhart-Ring award in 2015. Helgard Haug, Kaegi and Daniel Wetzel founded the theater label Rimini Protokoll in 2000 and have since worked in different constellations under this name. With each work, they have expanded the means of the theater to create new perspectives on reality. Rimini Protokoll often develops their stage-works, interventions, performative installations and audio plays together with experts with knowledge and skills beyond the theater. Furthermore, they like to transpose rooms or social structures into theatrical formats. Many of their works feature interactivity and playful use of technology.

On career of theater director

Kaegi creates documentary theater plays, audio-interventions, curated formats and works in the urban environment in a diverse variety of collaborative partnerships. Using research, public auditions and conceptual processes, he often gives voice to untrained actors who have something to tell.

Kaegi adapted the immersive audio walk, Remote X, into such different urban landscapes with different contexts. He has presented the unique concept in Santiago de Chile, Shanghai, Moscow, New York and Istanbul. In 2007, Rimini Protokoll was awarded the Faust Theatre Prize. In 2008 it received the European prize New Realities in Theatre, and in 2011 the Silver Lion at the Venice Biennale for performing arts.

Kaegi’s early projects include works like “Mnemopark," a play presenting a film that is shot by four passioned 80-year-old bricoleurs before the eyes of the audience, “Cargo Sofia," which is a site-specific performance with two Bulgarian lorry drivers and a truck converted into a mobile audience room. In 2008, he developed “Radio Muezzin” in Cairo – a project about the call to prayer in this age of technical reproduction, and in 2011, “Bodenprobe Kasachstan," which is about migration and oil in central Asia. He also tours Europe with the interactive installation “Nachlass," which portrays eight people who do not have much time to live. His intercontinental phone play, “Call Cutta in a Box,” got an honorary mention by the jury of Ars Electronica. The multiplayer video installation "Situation Rooms'' about the weapon industry got the excellence award of the 17th Japan Media Festival in 2013.