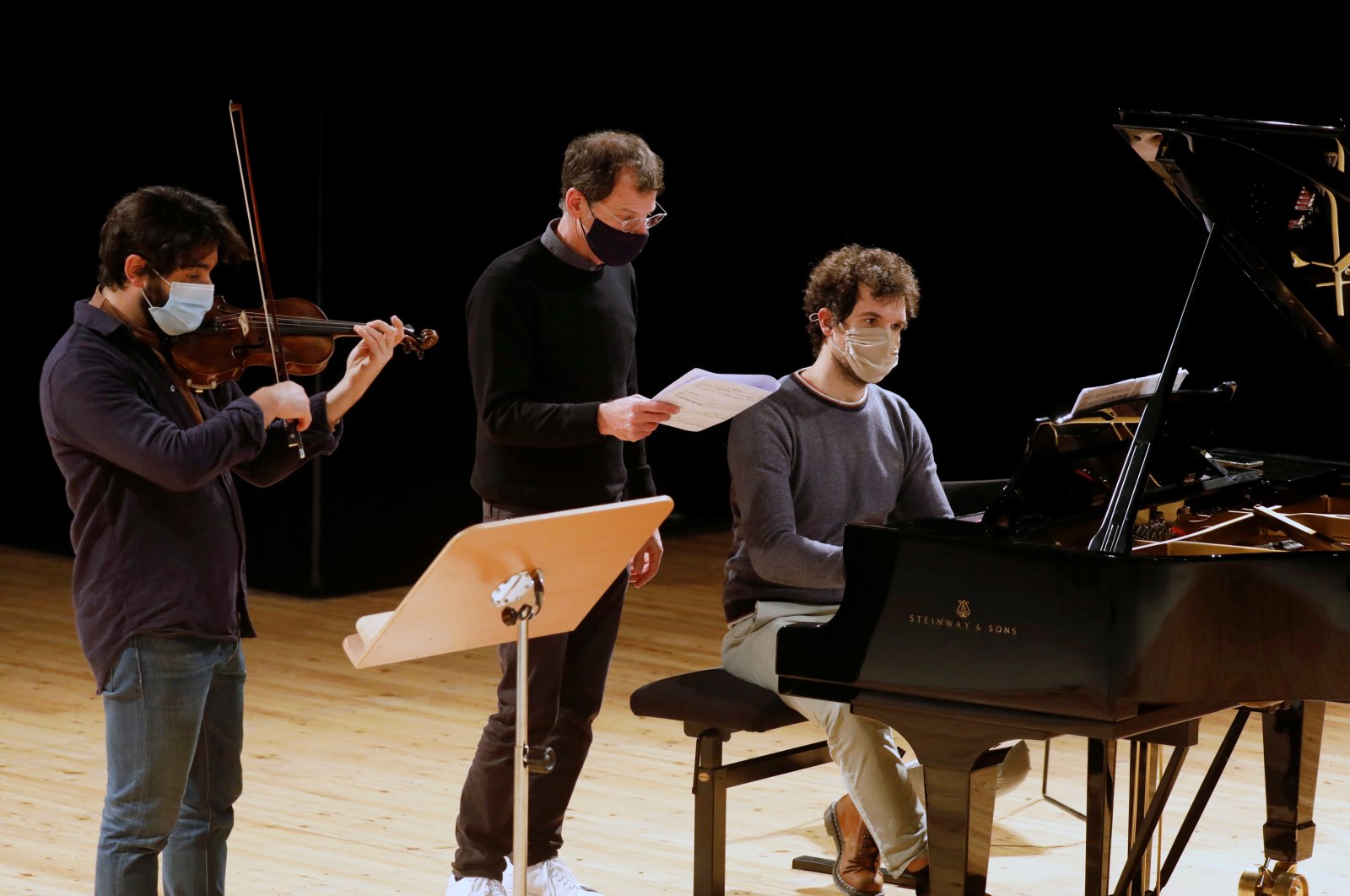 Just five days before they were due to perform before a live audience for the first time in almost two months, the singers of the Paris Opera learned they could not reopen before January as France's coronavirus cases remained stubbornly high.

So they decided to film their performance of works by a young Wolfgang Amadeus Mozart and 18th-century French composers Chevalier de Saint-Georges and Andre Gretry and offer it on a new video-on-demand portal launched last week by the Opera de Paris, which runs the Garnier and the Bastille opera venues.

"Of course it is sad, but we're very lucky to be able to film this concert, especially because some pieces of music that will be played have never been recorded," said French soprano Pauline Texier.

France's government announced in November that a lockdown imposed at the end of October to tackle a second coronavirus wave would be partially lifted by Dec. 15 and would include the reopening of cultural venues.

But last Thursday, Prime Minister Jean Castex said museums, cinemas and theaters would not reopen before at least the beginning of January as the target of keeping daily new infections below 5,000 had not been met.

"For me, it's really a shame that we currently cannot perform. Because we, as artists, are incomplete without the public," Fernando Escalona, a countertenor from Venezuela, told Reuters during the rehearsal.

People from the arts and entertainment world protested in Paris on Tuesday against the government's decision.

Castex said extra financial aid would be granted to artists and there would be a Jan. 7 meeting to see if some reopening was possible.

Not being able to perform in front of an audience has "become the new normal," American bass Aaron Pendleton said.