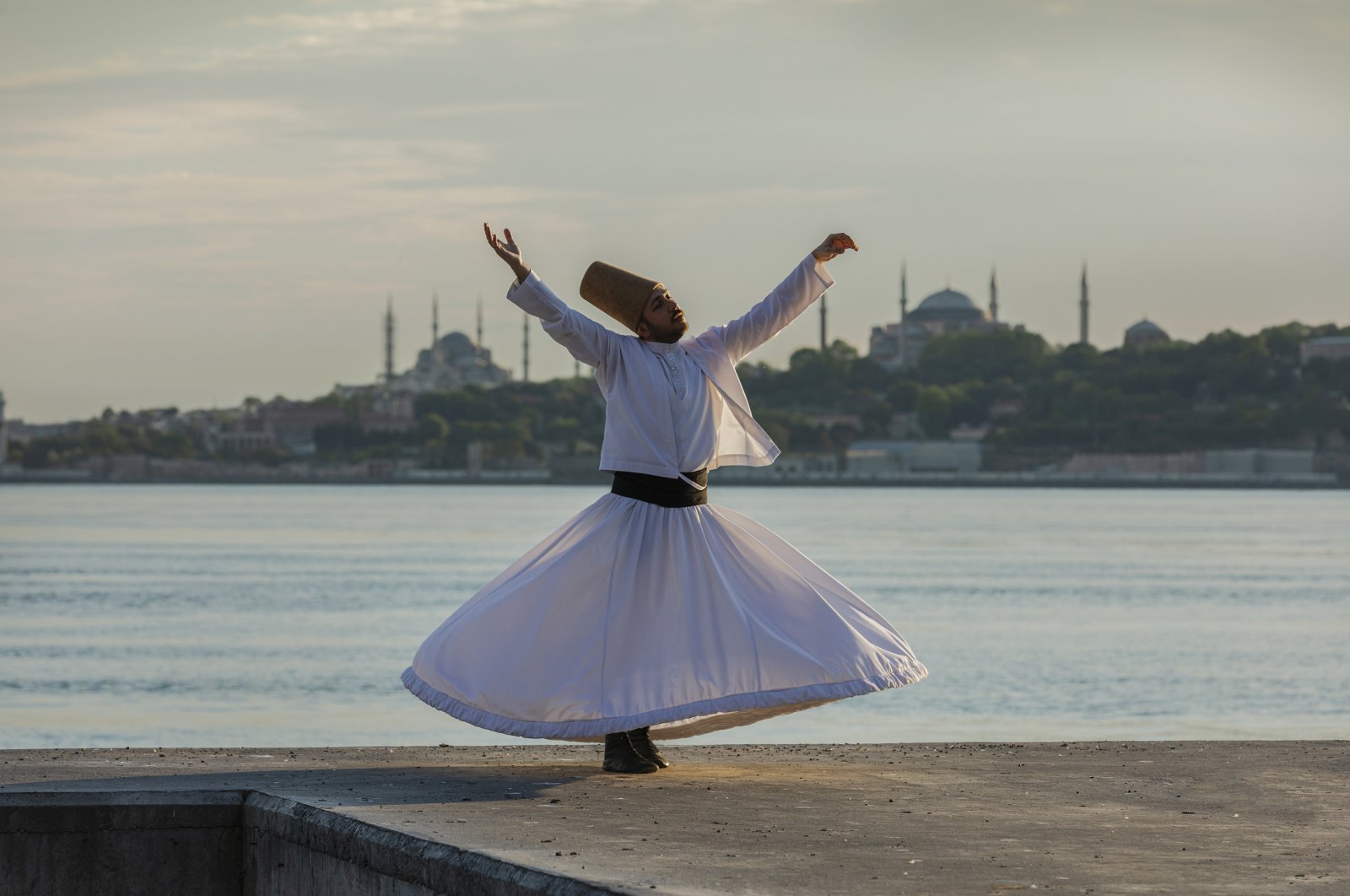 A video clip showing the traditional practice of the whirling dervishes, the Sema – widely displaying Istanbul's illustrious charm having been filmed while the city was under lockdown due to anti-COVID-19 measures – has gone viral.

Whirling dervish Ismail Ecevit organized the special event wearing the attire typical of a member of the Mevlevi sect and performing the ritual dance at some of the city's most famous sites. The dervish performed the dance to the hymn “Neyleyim Dünyayı Bana Allah’ım Gerek” ("What Would I Do with the World, I Need My God"), the lyrics of which were written by famous Sufi poet Aziz Mahmud Hüdayi. The Sema show was captured by photographer Ilker Cihat Çatak.

Ecevit performs at a number of iconic places, including the shores of Üsküdar, the Hagia Sophia and Sultanahmet – aka the Blue Mosque.

Ecevit, a human resources employee at a private firm, told Anadolu Agency (AA) how he got into performing Semas, noting that the whirling dervishes attracted him from a young age. Ecevit said that he had been performing the practice since 2008.

Ecevit said: "In 2006, I went to a showing in the Fatih district and watched the whirling dervishes there. In my heart, I said 'I should also whirl around like them.’ So, I began attending to Sema classes in 2006. I received training for two years. In 2008, I became a ratified whirler."

Ecevit stated that their project, which marked a first for him, was not yet complete and that more shoots would take place in the coming days. "Mosques and madrasahs exist all over Istanbul. For example, when you go to the Çamlıca neighborhood and look around, you see minarets everywhere. Therefore, we have decided to unite Sema performances with Istanbul.”

Çatak, a globe-trotter deeply involved in travel photography, said that this project had been on his mind for a long time. Explaining that his meeting Ecevit occurred at a time when he sought to capture something about Istanbul, Çatak continued: “I told him I had this idea in mind. We have captured a number of places such as Üsküdar, Hagia Sophia, Sultanahmet, Kandilli and Kuleli."

"Istanbul is the cradle of civilizations. As Istanbul has a makeup that embraces all civilizations in terms of its geography, we made this clip as a way to bring the hearts together at these times when we are forced to stay apart," he added.

Explaining that he had traveled to many countries across Europe before returning to Istanbul, Çatak said: "The spiritual atmosphere of Istanbul is remarked upon by all. We are planning to draw attention to these things with the Sema and give people a better glimpse of Istanbul."