‘The Time of Our Singing’ opera tackles racial segregation 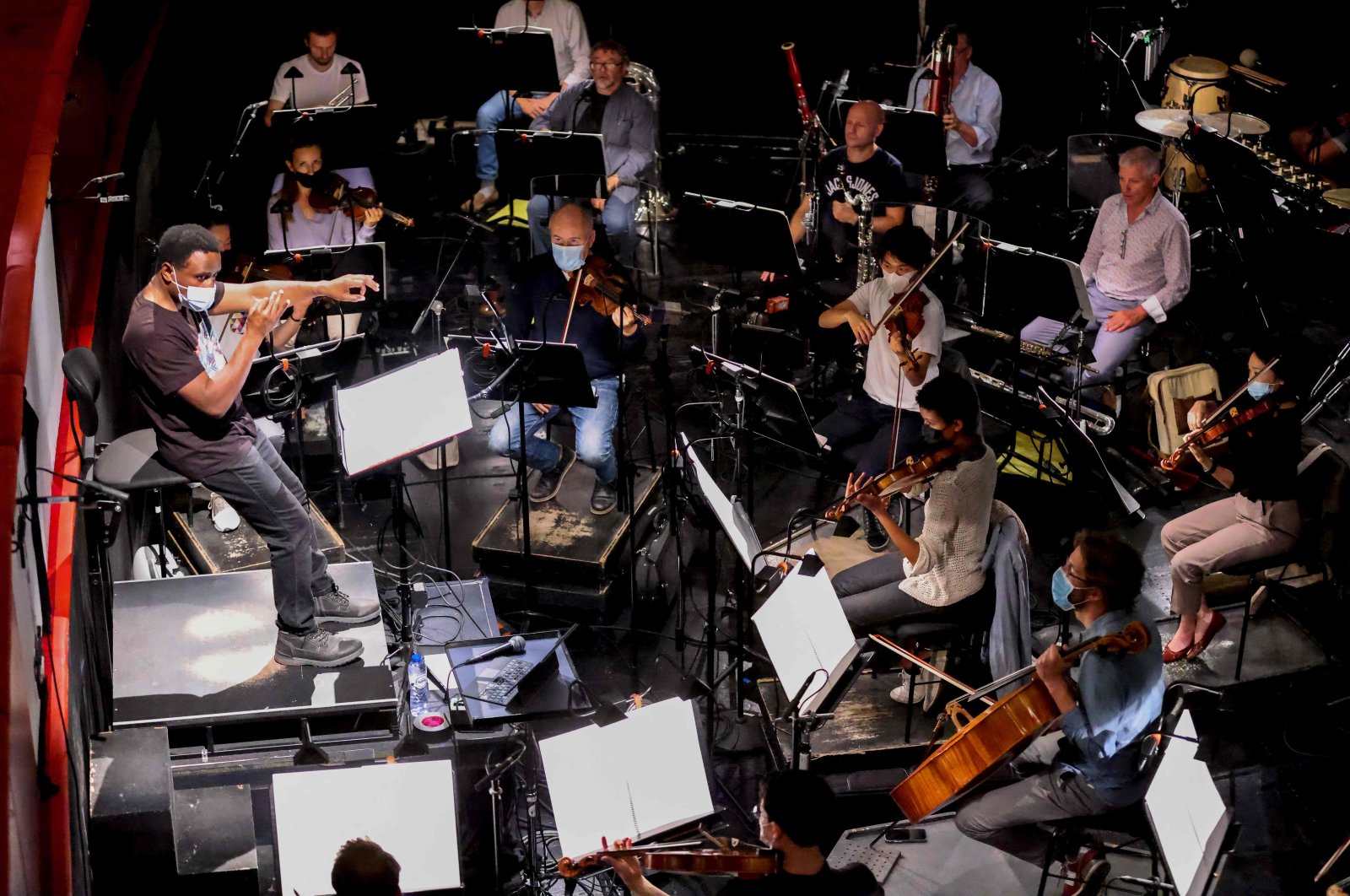 Based on an American novel detailing the country's troubled 20th century, the new Belgian opera "The Time of Our Singing" evokes racial discord in the United States through the story of a mixed-race family.

Belgian composer Kris Defoort's opera, blending baroque, jazz and rap, is adapted from the 2003 book of the same name by Richard Powers, a 50-year historical saga on a family united by music but haunted by segregation.

The novel tells of David Strom and Delia Daley, who meet after a concert by African American contralto Marian Anderson in 1939 on the steps of the historic Lincoln Memorial in Washington.

The story continues with the birth of their sons, Jonah and Joseph Strom, as the mixed-race family grows up through music and through the dangerous era of the U.S. civil rights struggle.

Now, the music-laden narrative has inspired a musical work of its own, premiered on Tuesday at the Theatre de la Monnaie in the Belgian capital.

Each character has a musical style reflecting their own quest for identity: Johann Sebastian Bach or Franz Schubert for Jonah the tenor; blues for Delia; and hip-hop for Ruth, the rebel sister who joins the Black Panthers.

"But the book treats, in a very subtle, complex way, the topics of racism and segregation, the history of the (United) States, because it is about a family that is mixed," he explained.

"So it is also more about searching for identity and finding your personality within this classical music world."

Another reason for the 61-year-old composer's interest is that the journey resonates with his own.

In the novel, Jonah becomes a tenor and goes to Europe where he discovers baroque music. His brother switches to a piano bar.

Defoort, who learned music by ear as a child, studied baroque music in the 1970s. But he remained fascinated by jazz and spent three years playing piano in New York.

"I created a language that is a symbiosis between different worlds, and I hope that people will be touched by it," he said.

"And it isn't a pastiche of styles but it is more like, I would say, my DNA, musical DNA that absorbed a lot of styles."

All that remained was to convince Powers, one of the great names in modern American literature. Ten years ago, Defoort gathered all his courage, downed a bottle of red wine and wrote him an email.

The creators later met and the author gave the composer carte blanche to adapt the book.

It opens with the meeting of the parents. Delia, the African American gospel choir singer would have liked to become a soprano, and David is a German Jew who fled Nazi barbarism.

Footage of Anderson's recital in Washington before a 75,000-strong crowd, after she was denied access to a concert hall because of her skin color, will be shown on a large screen during the opera.

More footage will follow the riots, protests and repressions of the postwar era and the Civil Rights struggle – images that young audiences might see paralleled in today's "Black Lives Matter" movement.

"It is really beautiful to see that now, in the young generation, they really say: 'Stop, it's enough,'" Defoort said, expressing the hope that his opera can draw on older themes but still strike a chord.

"Like I hope that people can be really touched by the characters that are on stage and that they feel the message," he said.

Canadian conductor Kwame Ryan, who grew up in Trinidad and Tobago before completing his training in the United Kingdom, found that the mix of musical styles was both an inspiration and a challenge.

In the pit, a jazz quartet rubs shoulders with a classical ensemble, a challenge for the conductor because "their language is different."

The international cast includes seven singers, most of them black.

"This work offers the opportunity to raise awareness and to sensitize people. Art is a great way to open up this discussion," the conductor said.

"The story that is told and the production itself show that a path is possible."