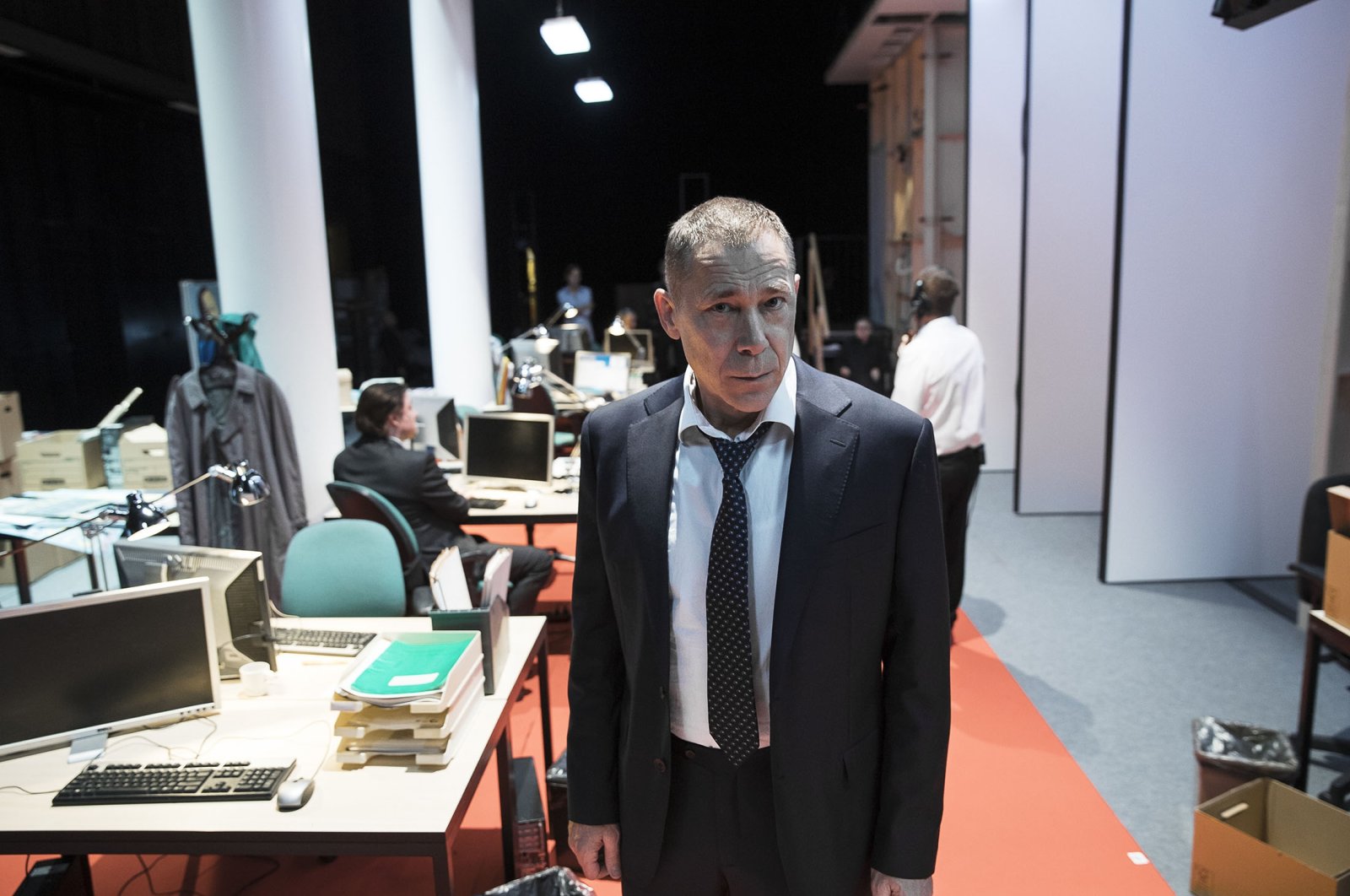 Bringing together plays from all around the world from distinct and talented creators and artists, the Istanbul Theater Festival returns to grace the Istanbul art scene once again with intertwined in-person and online shows for a month

The Istanbul Theater Festival, organized by the Istanbul Foundation for Culture and Arts (IKSV), has lifted its curtains for the 25th time with the slogan "Theater In These Trying Times" as it aims to breathe some much needed fresh air into the performing arts world, welcoming all lovers of the unique discipline.

The festival will also include its traditional Learning and Training Program with free-of-charge side events such as panels, workshops, talks and reading theaters.

From Turkey, the festival's packed program features the likes of "The Cherry Orchard" directed by Mehmet Birkiye of the Kocaeli Municipality Theater, which will have its Istanbul premiere at the festival.

From abroad, the festival brings to Istanbul widely acclaimed productions from the Netherlands, France and Italy.

As part of the festival, Gazhane Museum is hosting the dance show from France, "Waterfloor," free-of-charge, while a special screening of "Oedipus" by the British director Robert Icke will be held on the silver screen of the Atlas 1948 Movie Theater.

The festival continues its close relationship and collaboration with the Netherlands Consulate in Istanbul, as it presents a selection of three works from the Netherlands.

These include "Medea," "Oedipus" and "Alice."

"Medea," stands as an award-winning adaptation by Simon Stone, produced by the International Theater Amsterdam (ITA), the spearhead of the Dutch theater scene with its incredible cast and directorial team.

The Guardian describes the play as "a raw masterpiece created by a flawless ensemble."

Based on the ancient tragedy playwright Euripides’ "Medea," writer-director Stone's adaptation updates the ancient piece in today's language and combines it with a real event.

Meanwhile, another writer-director Robert Icke, the youngest ever winner of the prestigious Olivier Award given by the Society of London Theatre to recognize excellence in professional theater, will bring to stage a high-profile adaptation of a classical piece.

The talented Icke brings to the festival his 21st century "Oedipus," which has been praised by The Times as "a superb interpretation that feels modern and timeless." In this 2021 adaptation of Sophocles’ timeless work, Icke transforms "Oedipus" into a politician who finds out the greatest secret of his life.

"Oedipus," whose lead character of the same name is brilliantly portrayed by Hans Kesting, will be presented on the silver screen of Atlas 1948 Cinema.

There will also be a reading of a Dutch playwright’s play translated into Turkish.

The Golden Mask Russian Performing Arts Festival continues its collaboration with the Istanbul Theater Festival in this year's edition as well, bringing three unique productions to Istanbul stages, namely "The Bear," "Boris" and "Children of the Sun," all of which will be available for streaming.

"The Bear," Anton Chekhov’s best-known 1888 short play, focuses on the romance between Mrs. Popov, a widow mourning the death of her husband, and Mr. Smirnov, a landowner nicknamed “The Bear” who comes to collect her husband’s debt.

Director Dmitry Krymov's "Boris" on the other hand, based on Alexander Pushkin’s tragedy "Boris Godunov," tells of the relationship between man and power, inspired by the iconic William Shakespeare’s historic dramas. The play incorporates a simple, realistic, and yet poetic language as it interprets the classic text in clever, ironic and modern ways.

Last but not least, the acclaimed Russian director Timofei Kulyabin’s brilliant adaptation of Maxim Gorky’s "Children of the Sun" offers a unique take by intertwining the transcripts of speeches by Russian scientists, Steve Jobs and Elon Musk at Stanford University campus.

The latest edition of the Istanbul Theater Festival also features a new section titled "There Is A Woman Behind This" that brings together plays that have been entirely created by women, highlighting women's productions.

This section features four unique plays in "Confrontation," "One Step Too Far," "Fair Tales" and "A Room of One’s Own."

The "Confrontation" brings to the stage – as the name suggests – a confrontation with the patriarchal mentality. Focusing on the characters of Dr. Mert, a respectable member of society, university student Özlem, feminist activist and faculty member Serra and much-loved nurse Sibel who has a successful career, the play is an adaptation of Zehra Ipşiroğlu’s novel.

"One Step Too Far" meanwhile, offers a modern salute to absurd classics as it invites the audience to a vicious cycle in which two people are stuck. The inescapable and inert world is created by the writer Aslı Ceren Bozatlı and director Özge Erdem.

The classic "A Room of One’s Own," also welcomes audiences at the festival. The iconic Virginia Woolf piece over time has become one of the most seminal scripts of the women’s movement as well as the history of literature.

Cinderella, Rapunzel, The Kindhearted Prince, Little Red Riding Hood and The Frog Prince... Yes, the classics of the fairy tales are reinterpreted in "Fair Tales" from an egalitarian point of view and brought to the stage as a children's play to draw attention to gender equality while breaking stereotypes on their new adventures.

“There Is A Woman Behind This” theme will also host two panels titled "Equality of the Stage and the Stage of Equality" moderated by Ebru Nihan Celkan and "How to devise an equal path in children’s narratives?" moderated by Bahar Çuhadar.