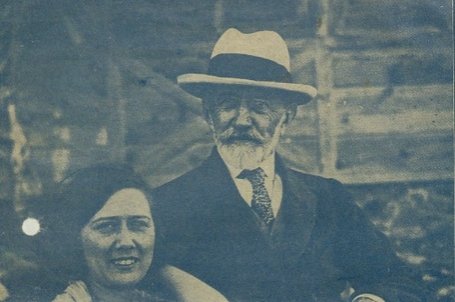 The Tanzimat period, or Reorganizations, was not only an age of institutional Westernization but also the beginning of modern Turkish thought and literature. While changes in the law and order of the Ottoman Empire were prompted by the Imperial Edict of Reorganization in 1839, the pioneers of modern literature – including Ibrahim Şinasi, Namık Kemal and Ziya Pasha – began to divert the path of writings and thought in the early 1860s.

The pioneers, however, were in the middle of a deep-rooted culture experimentation with modernism. Their literary tastes were traditional, but they wished to create a Westernized style and content in literature. They did not have a thorough program nor did they have a strict consensus on what to do about questions of thought and literature. On the other hand, they were determined to make a permanent change. As such, the next generation’s contribution to that inclination toward change was critical, and the Tanzimat authors gave great support to their disciples.

The second generation of the Tanzimat literary movement, the young authors following the path opened by Kemal in particular, not only continued what their predecessors started but widened, diversified and theorized it. Recaizade Mahmut Ekrem was the major theoretician of the time, while Abdülhak Hamid Tarhan played the role of the era's leading poet.

Tarhan was called the “Greatest Poet” by his peers and followers but was harshly criticized by later modernists such as Nazım Hikmet, who attacked his reputation with the “Putları Yıkıyoruz” ("We destruct the idols") campaign of the “Resimli Ay” journal, and Ahmet Hamdi Tanpınar, who thought that his predecessors exaggerated Tarhan’s talent by calling him the “Shakespeare of the Turks.” After these attacks and because of a rapid change in language and poetic style, Tarhan was removed from his place as Turkish literature's center of focus, and thus future generations of the Republic knew less about him compared to his status in Ottoman times. It is very ironic that the pioneers of literary modernism, who did their best to make their followers forget about earlier generations, were themselves forgotten by the future. The famous saying, “The revolution devours its children,” can be applied to the literary revolution as well.

Tarhan was born on Jan. 2, 1852, in Istanbul. He was the son of Hayrullah Efendi, who was in turn the son of Abdülhak Molla, an official physician of the Ottoman court. Tarhan’s mother was Münteha Nasib, a slave girl taken from the Caucasus. They all lived at the kiosk of Abdülhak Molla in the historic Bebek neighborhood along the Bosporus. Tarhan was first enrolled at Bebek Elementary School and also received private lessons from Evliya Efendi and Hoca Tahsin Efendi, from whom he received a vision of poetry.

Tarhan was sent to Paris with his elder brother Nasuhi in order to get an education in French. He studied the language at a private school for 1 1/2 years before he returned to join his father, who was assigned as a diplomat in Tehran.

In the following year there, Tarhan’s father died and his family had to return to Istanbul. He was assigned as a public servant at several public offices, which functioned like schools for young officials. There, talented individuals could introduce themselves in intellectual circles through public departments, and Tarhan met many significant authors including Samipaşazade Sezai, Ekrem and Kemal during his service.

As a son of a diplomat, Tarhan was appointed as one as well after he had worked for a couple of years. He was assigned as the second secretary at the Paris Embassy in 1876, but was fired because of “Nesteren” (“Wild Rose”), a drama in verse he published in 1878. “Nesteren” was inspired by Pierre Corneille’s five-act French tragicomedy “Le Cid” and created suspicion in the Ottoman government against Tarhan since the drama mentioned the fury and revolt of a people against a tyrant.

Tarhan published several volumes of drama and poetry after his dismissal. Two years later, he was reassigned as a diplomat, though he refused the job. The exact cause of his refusal is unknown, but there is an anecdote that he thought he could not live in Germany after he saw a German lady, whose feet were very big.

After some years of poverty and distress, Tarhan was sent to Bombay (today’s Mumbai) as the Ottoman consul general. He received other diplomatic missions as the first secretary at the London Embassy, where he was fired once again over another dramatic poem, and as the chief adviser to the London Ambassador after he apologized to the then-sultan and swore that he would not write again. He was appointed as envoy extraordinary at the Brussels Embassy, though he always wished to be the Ottoman ambassador in London, the city of his dreams.

‘The Grave’ and weddings

Tarhan’s young wife Fatma died in 1885, and her death led him to write one of his masterpieces, “Makber” (“The Grave”), which has become his most remembered poem thanks to the song excerpted from it. “Makber” is a long philosophical poem about human existence and nothingness, life and death, inspired by his spouse’s early passing.

Indeed, the harvest of his grief was not limited to “Makber” as he also wrote several other poems and books on similar subjects that sprang from his depression over Fatma’s death.

Tarhan later married Nelly Clower, a young British girl, and after her death, the poet thought to write another mourning poem like “Makber,” but he couldn’t finish the job. Tarhan’s third wife was Lucienne Sacare, a citizen of Belgium, whom he called “the spring of my later life.”

Tarhan was perhaps one of the most productive Turkish poets of all time. He wrote fast, long and in a diversity of genres. Yet, his style can be recognized in every piece he wrote thanks to his persona and simple prosody. His dramas and poems exclude nothing as nonsignificant or nonpoetical. His pieces can put colloquial irrelevance next to ontological meditations.

Though not a target of mass reading, Tarhan’s poetry was the textbook of young poets until the first folkloric generation of the 1920s. He had a huge influence on the 1890 generation, the New Literature stream, and the 1910 generation, the National Literature stream of the Second Constitutional Era, which in turn had a great effect on the following eras. Tarhan served as a conveyor, since he brought the revolutionary thoughts of his masters such as Kemal to the poetic generations of the 20th century.

Tarhan died on April 13, 1937, at the age of 85 in a hotel room in Maçka Palas. His grave is in Istanbul’s Zincirlikuyu Cemetery.