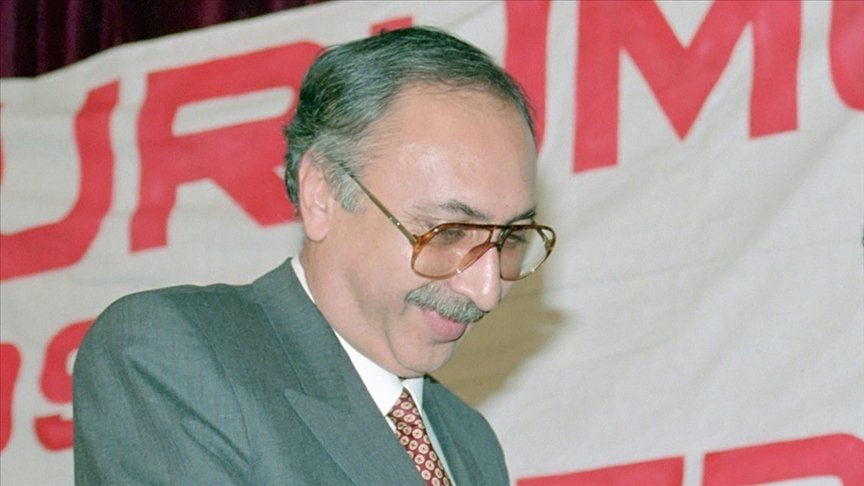 Language, and subsequently literature, is the single most important aspect of a culture and every culture needs to feed itself, be it with collective stories it accumulates across its history, with literary giants it raises throughout generations or with imports from other cultures' languages and literature, by translating them, adapting and reimagining them in its own unique way. Akşit Göktürk played a unique and significant part in modern Turkish culture by doing both, creating original works and translating foreign classics, and his influence on Turkey is still felt 33 years after his passing.

Göktürk was born in eastern Turkey's Van province on Dec. 27, 1934. He traveled around the country with a thirst for education, completing his primary and secondary schools across three cities – Antakya, Adana and Van. He was already in love with literature when he arrived in Turkey's biggest city where he graduated from the English Language and Literature Department of Istanbul University's Literature Faculty in 1960.

Unable to sit still, he moved to Erzurum to work as an instructor at Erzurum Atatürk University for two years before coming back to Istanbul in 1963 to serve as an assistant at the same Istanbul University department he had graduated from three years prior.

Göktürk continued his academic work throughout the years at different universities, including the U.K.'s University of Nottingham and Germany's University of Konstanz, before finally becoming a professor at Istanbul University in 1978.

As the years passed, Göktürk gained renown for his interpretations and he proved to be one of the greatest Turkish translators of the 20th century. His Turkish version of the famous “Robinson Crusoe” novel was awarded the Translation Award by the Turkish Language Association in 1969, an institution within which he would serve as an executive board member in the 1970s and 1980s.

Some of his most prominent translations included “The Sacred Wood” by T.S. Eliot, which was a collection of the famous literary giant's various essays; “Robinson Crusoe,” a novel by Daniel Defoe first published in 1719, and “Treasure Island,” an adventure novel by Scottish author Robert Louis Stevenson.

Göktürk would finally settle at the prestigious Boğaziçi University and give courses on the science of translation. He passed away on Feb. 26, 1988, leaving behind a body of work that influences Turkish art and culture to this day.