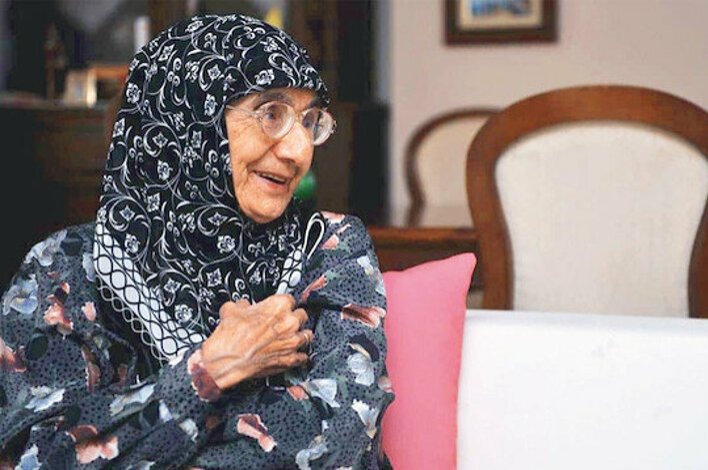 Following her Turkish red Crescent (Kızılay) assignment as a doctor for the hajj, Ayşe Hümeyra Ökten settled in Medina for the rest of her life.
by Hakan Arslanbenzer Sep 04, 2020 12:53 pm
RECOMMENDED

Islam has not been the main social institution for Turkish society for centuries, but it has been one of the major ways of self-expression for individuals. Islam’s resistance against secularism has depended on both aspects. This may be an explanation for why female university students, who had been admitted at secular educational institutions, began to resist the clothing code of such institutions by wearing headscarves in the early 1980s, which remained one of the main conflicts in Turkish politics for decades.

Though headscarf-wearing among educated women rose and was popularized in the 1980s, there were earlier examples of such behavior. Writer and journalist Şule Yüksel Şenler and Dr. Gülsen Ataseven were pioneers of headscarf-wearing among educated women in the 1960s. However, there was an earlier example in the public sphere, namely Dr. Ayşe Hümeyra Ökten, who worked at a public hospital while wearing a headscarf in the 1950s.

Ayşe Hümeyra Ökten was born in October 1925 in Istanbul's Fatih district. Her father was Mahmut Celalettin Ökten, who was originally from the northern province of Trabzon. He graduated from the Darülmuallimin-i Aliyye (Teachers’ College) and was admitted to the Literature Department of Darülfünun (Istanbul University). He was a friend of the Islamists of the Second Constitutional Era, including mudarris (professor) Ahmet Naim and Mehmet Akif Ersoy, best known as the author of the lyrics of Turkey's national anthem. He became a scholar of Islamic knowledge by receiving private lessons and taught Turkish literature, logics and philosophy at high schools in Istanbul. He founded and administered the first Imam Hatip High School, vocational schools that follow a religion-focused curriculum, in Istanbul. He also taught Islamic theology at the Yüksek Islam Enstitüsü (Higher Institute of Islamic Sciences), which later became the Faculty of Theology.

Ayşe Hümeyra Ökten’s sister was a chemist, while her little brother, Sadettin Ökten, is a famous civil engineer and public intellectual writing about city planning, civilization and the history of Turkish architecture.

Ökten was a brilliant student, while her father Celalettin taught her basic Islamic knowledge, including worship, Islamic history and the life of the Prophet Muhammad. She continued worshipping during school, though it was a problem for the school's administration, and the students were not allowed to worship. Yet, since she was one of the best students in any school where she enrolled, there were always some who supported her right to worship. In fact, an Armenian employee at the School of Medicine used to prepare a secret place for Ökten to practice her Islamic worshipping.

Ökten lived her childhood and youth in Istanbul. She graduated from the Cerrahpaşa School of Medicine in 1949 with high honors. Though her professors encouraged her to stay and teach medicine at the faculty, she chose to work in the field mostly because she wanted to wear her headscarf not only in her private life but while working as well. So, she decided to open a private clinic in Istanbul. She ran clinics in various neighborhoods of Istanbul including Beyoğlu, Sarıyer and Çarşıkapı. Halil Nimetullah Bey, a family friend of the Öktens, defined her as the first-ever religious female doctor with talent in Istanbul. Thanks to her talent and religious manner, people not only from Istanbul but also from Anatolia asked for her services.

Ökten was the first female medical doctor assigned by the Turkish Red Crescent for the hajj worship. She first traveled to Mecca and Medina as part of this duty in 1953. This marked a milestone in her life since she decided to settle in Medina for the rest of her life. Her family didn’t like the decision; however, they agreed to let her live half of the year in Medina and the other half in Istanbul.

At the time, Saudi Arabia did not issue settler visas to foreigners. So, Ökten had to wait until 1960 to settle in Medina. Saudi Arabia initiated a special visa for foreign workers, and Ökten applied for and received the visa to work as a medical doctor in Hejaz. She moved to Medina with her father, who would return to Istanbul soon after and die in his homeland.

Ökten’s life in Medina included only two things: treating patients and praying beside al-Rawdha al-Mutahhara (the graveyard of the Prophet Muhammad). She was also a Sufi, an aspect she kept to herself for her whole life because of Sufi ethics.

Ökten lived for six decades next to the Prophet Muhammad’s tomb and masjid. Ökten died on Aug. 30, 2020. Her funeral was held and her body was buried in Medina.