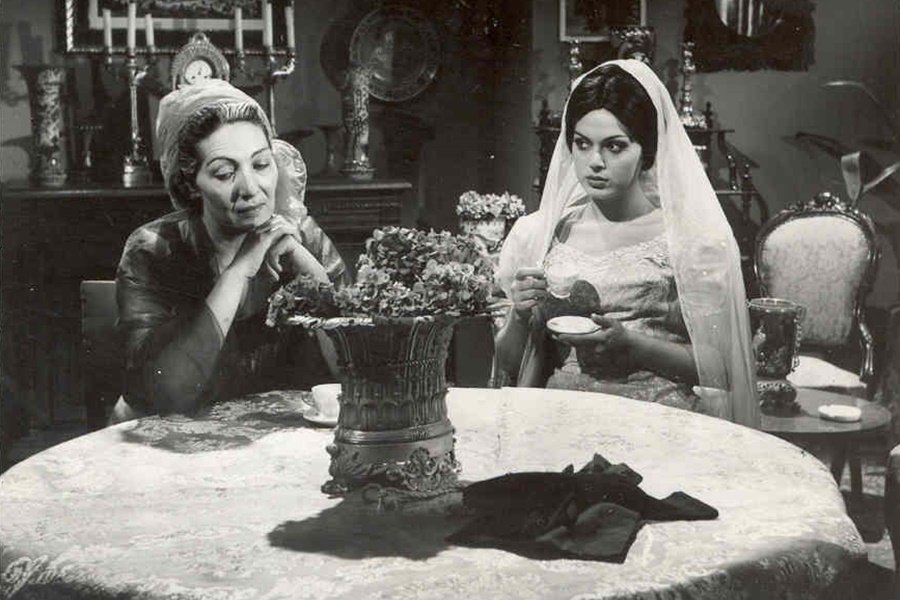 Turkish cinema is full of sad stories of women not only on the screen but behind the scenes as well. Especially in the early decades of the century-long history of Yeşilçam, female filmmakers struggled to take their place in the industry due to social traditions. Cinema offered a rapid modernization by using female stars as role models while even modernist families were not inclined to allow their daughters and sisters to join the film industry. The young, beautiful and extraordinary image of the women on screen created another problem for the female artists of the industry because their male partners, producers and fans generally abandoned them after a certain point in their lives. Besides, there was good money in the film business, which in turn brought on bitter poverty for those who could not make new contracts.

Perhaps the best example of the aforementioned situation was the rise and fall of Belgin Doruk, the archetype of the beautiful, delicate and kind “princess” on Turkish screens. However, Cahide Sonku – beautiful by a more Western standard, passionate more than delicate, depressive to some extent and independent – lived the rise-and-fall tragedy in the severest way years before Doruk. She began her life as the daughter of an aristocratic Turkish family of high-ranking soldiers and ended up in the pubs and bars of Istanbul’s Beyoğlu district.

Sonku was born as Cahide Serap on Dec. 27, 1916, in Yemen capital Sana’a as the granddaughter of Çorapsız Ibrahim Pasha, the chief commander of the Seventh Ottoman Army. Her father, Capt. Necati Bey, was also working as a military officer under his father’s command. After World War I ended, Yemen was lost and the Ottoman State collapsed, so Sonku’s family moved back to Istanbul.

After a short while, Necati Bey left his family, and Sonku’s parents divorced. Sonku’s mother Hayriye Hanım took her children to the cottage of her father-in-law in Fatih, in the historic area of Istanbul. Yet, they fell into poverty because of both the general political situation in the country and also their own familial matters. Besides all of these difficulties, Ibrahim Pasha died and his cottage was ruined in a fire. Sonku’s family was now in complete darkness.

Necati Bey asked her daughters to live with him after learning of the poverty they experienced, but Sonku refused to do so while her elder sister went to live with her father. Sonku stayed with her mother and began to work when she was in junior high school. She had a weekly wage of TL 4 (about $2 at the time) for her work in a hotel in Sirkeci. Besides her daily work, she also acted as a dilettante on the Halkevi (Public House) stage.

Too young to hold the crown of fame

Sonku was admitted to the Darülbedayi (later Istanbul City Theater) after Muhsin Ertuğrul, the legendary director of stage plays and movies, selected her among 50 young girls at an audition. She was only 15 years old and was even wearing her black junior high school uniform while showing her acting skills to the great director. This was a huge step for the child actress; a step to the peak of fame where she stood for a very short time before her fall.

Sonku began her career as a stage actress. She played an extra role first in 1933 before playing a village girl without any lines in “Yedi Köyün Zeynebi” (“Zeynep of Seven Villages”). She also acted for the white screen in the same year under director Ertuğrul.

Sonku’s debut role was in the famous 1934 film, “Bataklı Damın Kızı Aysel” (“Aysel, the Girl of the Marsh Croft”), which was an adaptation of Selma Lagerlof’s novel titled “Tösen fran Stormytorpet och andra sagor” (“Girl from the Marsh Croft”). This was the first example of cinema with a rural theme in Turkey. The script was written by the famous poet Nazım Hikmet. The film was remade in 1969 by Zafer Davutoğlu based on the script rewritten by Fahir Osman Seden, a famous producer and director at the time.

“Aysel, Bataklı Damın Kızı” is a story of social injustice. Aysel, a young and pretty village girl, is raped by a rich man, who is the landowner of Aysel’s family. Aysel goes to the city on foot to open a lawsuit against Satılmışzade, the landowner. However, Satılmışzade is a rich and powerful man, and she is a lonely poor girl. She loses the suit and leaves her village to live with a young man, who helps her travel to the city. Unfortunately, Satılmışzade is killed, and the public authorities blame the young man who helped Aysel, the victim of the initial crime.

From peak to trough

The character of Aysel was such a great success that everybody now knew of Sonku. Though still a teenager, Cahide was at the center of the decadent lives of filmmakers, theater people and music hall fellows. She found herself in a bohemian lifestyle and had frequent love affairs. Though there was gossip that she lived with Ertuğrul, she married Talat Artemel, a famous actor she met on the set of Aysel, in 1937. She also had many love affairs and married other male actors and businessmen during her life.

Sonku was at the peak of her fame when she played the bargirl in “Şehvet Kurbanı” (“Victim of Lust”) in 1940. For 10 years, she was at the top. In 1949, she directed a movie after the original director fell sick. After that, she continued as an actress-director, which was a kind of revolution for her gender in Turkey. She also established a filmmaking company under her own name.

Until 1954, Sonku acted, produced and directed various films with success. However, this trend reversed after another fire, which ruined her entire depot of films and destroyed all her wealth.

After she lost her fortune and her ex-husband and close friend Artemel died, Sonku began an irregular life. She became an alcoholic and easily fell into poverty, living an aimless life. Nobody from her former life could help her because of her rigid character and pride. She worked at daily jobs in order to make a meager living. Some people witnessed her working as a waitress and a cleaner of public restrooms. She always denied her name when spotted by those old fans.

Sonku died on March 18, 1981, in Alkazar Cinema Theater, which is a deep irony. Her life was reflected on the stage more than once. Both State Theaters and various private companies held plays and musicals in her name. She is commonly considered the daring and unfortunate pioneer of Turkish actresses. She is the fallen star of the Turkish stage.