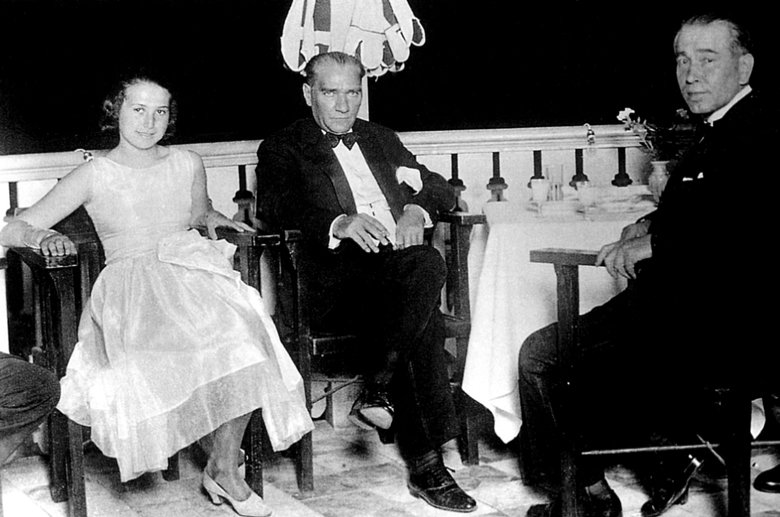 Serving as a military officer and diplomat in different periods of his life, Fethi Okyar performed various tasks at Atatürk's request in Turkey's Republican period

Atatürk, the founder and first president of the Republic of Turkey, established a new regime with the help of his entourage. Many of his classmates from the military school in Monastir, today’s Bitola city in the southwestern part of North Macedonia, played a significant role during the War of Independence and the initial period of the republic. Though Kazım Karabekir, who helped Atatürk to become the leader of the War of Independence, became an opponent after the foundation of the republic, many others including Kazım Özalp, Ali Fuat Cebesoy and Ali Fethi Okyar remained faithful to their friend; thus, they received prominent positions within the new establishment after 1923, too.

Okyar’s situation is especially interesting since he was the founding leader of the Liberal Republican Party, which only survived a few months in 1930. Okyar closed the party he founded upon Atatürk’s request, declaring that: “Our party has been transformed to a position that it fights against the Gazi Atatürk. In fact, our party was founded by the encouragement, insistence and confirmation of the Great Gazi and received such a guarantee that his majesty would give equal bits of help to both parties. Indeed, we have never thought of taking the responsibility of creating another type of political formation. Since it would be unnecessary to continue this incentive, which has become impossible in the light of the latest imposition, it has been decided to abolish our party and to announce the situation to the whole organization and the Ministry of Interior.”

The situation of the Liberal Republican Party, which the great novelist Kemal Tahir named “a swindle” in his “Yol Ayrımı” ("Parting of Ways") novel, was, in fact, an imposition of Atatürk, who told his close friend Okyar to establish a liberal party with Ahmet Ağaoğlu, who was also commissioned by the supreme leader for the cause. The no-nonsense liberalism of the commissioned party became a position of opposition stronger than the ruling Republican People’s Party (CHP). Therefore, the Liberal Republican Party worked as a test for the weakness of the Republican establishment.

Okyar was born on April 29, 1880, in the town of Prilep in Monastir to a family of Circassian descent. His father, Ismail Hakkı, was a public servant at the Ministry of Foreign Affairs. He was first schooled in Monastir before he enrolled in a military high school. After graduating from the military high school, Okyar was admitted to the Mekteb-i Harbiye (Military College) in Istanbul in 1898. He was one of Atatürk’s best friends in the military school in Monastir. They maintained their friendship and also stayed together in Istanbul. Okyar, like his close friends, was an enthusiastic reader of romantic nationalist authors such as Namık Kemal. He also shared the adversary feelings of his peers against the sultan of their time, Abdülhamid II.

During his years at the military college, Okyar became one of the regular readers of Committee of Union and Progress (CUP) publications, which were delivered from Europe to Istanbul via foreign post offices. He also read the works of French Enlightenment thinkers such as Voltaire, Jean-Jacques Rousseau and Maximilien Robespierre. He was also fond of reading Tevfik Fikret’s poems, some of which functioned as opposition propaganda against the Abdülhamid regime.

Okyar became a member of the CUP in 1907 and compelled his friend, Mustafa Kemal, to do the same. Meanwhile, he graduated from the military college and worked as an officer in the Third Army. He fought against the Balkan rebels, where he met and formed close connections with CUP leaders such as Enver Pasha and Kazım Karabekir. He soon became a significant figure in the military wing of the CUP.

Okyar was the writer of the declaration of the 1908 revolution. He was among the staff of the Hareket Ordusu (Army of Action), which suppressed the March 31 incident and dethroned Abdülhamid II. When the CUP leaders began to fight against each other’s positions, it was decided to compel military staff to either stay out of politics or resign from the military. Okyar was therefore assigned as the military attache to Paris in 1910. The following year, he helped the Turkish army’s cause in the Libyan city of Tripoli against the Italian invasion.

Okyar left the army and was elected as a member of Parliament in 1912 for a very short period, rejoining the army after Parliament was closed due to the start of the Balkan War in the same year. He was assigned to transport Abdülhamid II, the sultan they had dethroned, from Greek-occupied Thessalonica to Istanbul.

Okyar was assigned as the Ottoman ambassador to Sofia, where he found his old friend Mustafa Kemal, who was the military attache there. In 1917, he left Sofia for Istanbul, where he was elected as a member of Parliament for a second term, which was also short-lived because the CUP government was abolished by occupying forces at the end of World War I.

War of Independence and beyond

Okyar and 30 other former members of Parliament established a new political party, the Liberal Populist Party, in 1918, to which Mustafa Kemal was also connected via “Minber” ("Pulpit"), the party's periodical. However, this political movement, which can be considered the predecessor of the populist movement or early Kemalism in the Ankara Parliament after 1920, did not last long because Okyar was accused, arrested and exiled as an ex-CUP leader by the Damat Ferit government of the occupation years.

Okyar spent two years in prison in Istanbul and in exile in Malta before returning to Turkey in 1921. Okyar found a ready place in the War of Independence in Anatolia and a position at the Parliament-run Cabinet since he had kept his close connections with the new leader, Mustafa Kemal Atatürk. Okyar served once as the interior minister in 1921 and twice as the prime minister in 1923 and 1925. After that, he was assigned the post of the Turkish ambassador to Paris, which continued until he founded the liberal party, namely the Liberal Republican Party, upon the request and order of Atatürk in 1930.

Liberal Republican Party and ‘a swindle’

Okyar was ordered by Atatürk himself to establish a new political party to balance out the ruling CHP. Atatürk ordered that the new party should be a liberal one to stand against the statism of the CHP. However, people showed great interest in the new party, as a sign of the lower acceptance rate of the CHP and others in power, including Atatürk. In fact, neither Atatürk nor Okyar were liberalists. They only found it convenient to play a game of liberalism in the age of totalitarianism via a new political party. Some commentators, especially the Kemalist ones, believe that Atatürk tested the Turkish people’s attitudes with Okyar’s party, which has no historical proof and shows the intention of those commentators to attribute superpowers to Atatürk, such as foreseeing the future of his people.

Though seemingly a liberal, Okyar was a devout secularist and nationalist, whose loyalty to his supreme leader was absolute. Thus, such an act of abolishing his own political party because it attracted people’s attention, a nonsensical move within the conceptual framework of true democracy, should not be understood as a matter of cowardice; rather it can be explained as a casualty of his loyalty to his fellow secularist rulers, primarily Atatürk.

After his failure against the CHP with the Liberal Republican Party, Okyar was once again commissioned as ambassador to Paris. Eventually, he was appointed as the Turkish ambassador to London, from where he returned after the death of Atatürk. For three years, he worked as a member of Parliament and minister in Refik Saydam’s Cabinet under the presidency of Ismet Inönü, his lifelong rival for the friendship of the supreme leader.

Okyar retired in 1942 and tried to write his memoirs. However, he died on May 7, 1943, in Istanbul before finishing the task. His grave is in Zincirlikuyu Cemetery.