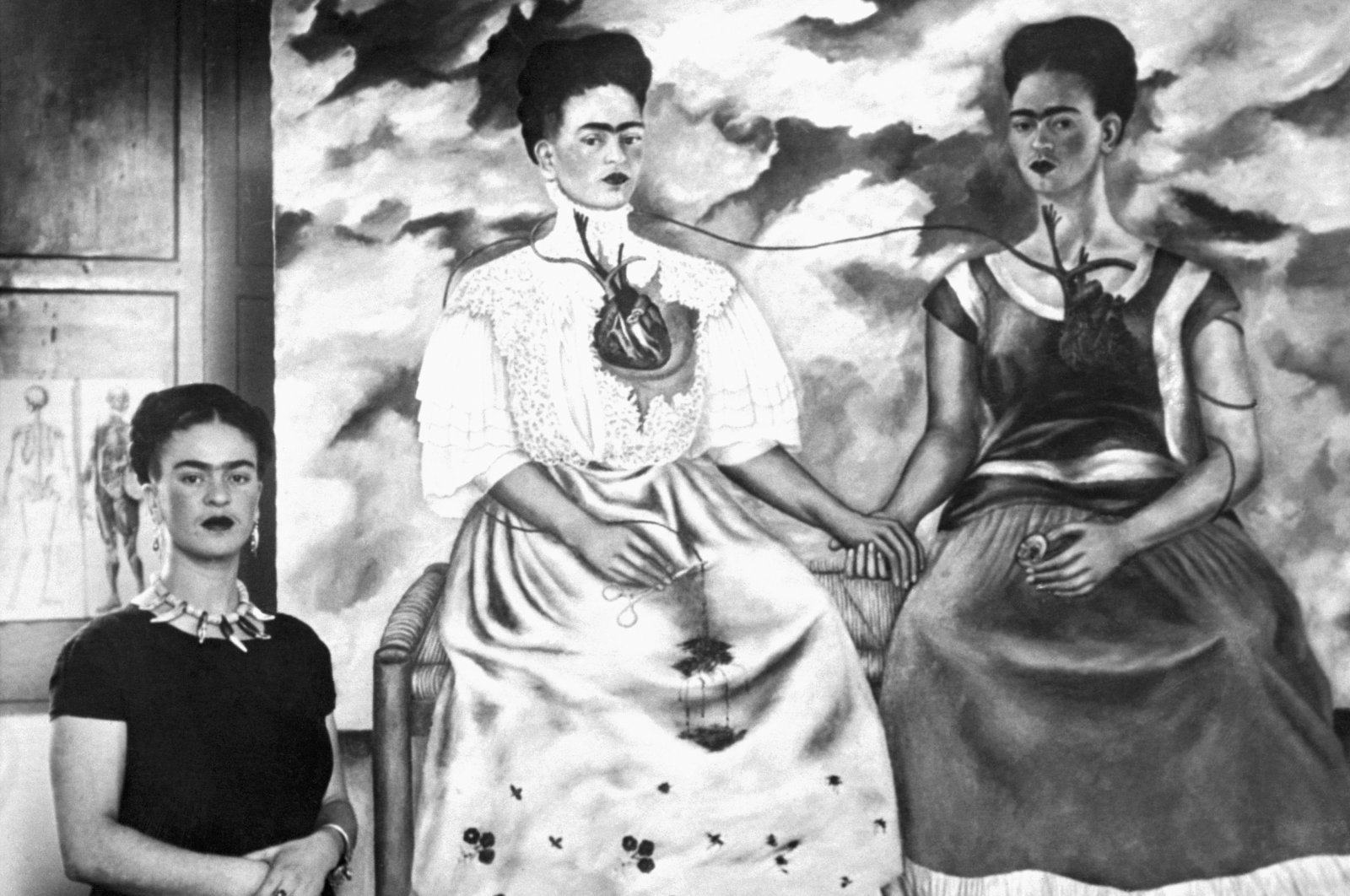 It has been some 67 years since the passing of Frida Kahlo, a Mexican surrealist painter blending autobiographical elements and a mix of realism and fantasy in her works. Let's gain an insight into the life and artistic style of the artist, who painted never-ending pursuits, through the eyes of an admirer of this trailblazing woman to honor her memory.

According to Turkey-based artist Neslihan Başkaya, Kahlo, who died on July 13, 1954, and is thought to be a representative of the avant-garde surrealist style, is "a woman like a slap in the face."

The young artist, who graduated from the Faculty of Fine Arts at the Ankara-based Hacettepe University and has been producing portraits as well as works of Art Nouveau since 2016, said she had the opportunity to get to know Kahlo's work better when her art was exhibited at Pera Museum in Istanbul in February 2011.

"It's impossible not to be impressed by her," Başkaya said. "To me, she's the most concrete manifestation of the fact that a woman has enough power to produce, hold on, and resist despite all the hurdles and pains in life – even if she is bedridden. Even the troubles she had in her married life are among the factors that contributed to the depth of each work she painted," she continued.

"Using Mexico's bright colors, she depicts the darkness within her," Başkaya went on. "Especially the dull look in her auto-portraits and the broken smile on her face are like the silent scream of the pain revealing itself among the multicolored, sparkly hues."

Touching on the extent of Kahlo's influence on the world of art, Başkaya said: "Pioneering artists just do their works but these works are classified by others. Though we consider her a surrealist, she didn't see herself in any specific mold."

"There's a pure freedom in Frida's works," she commented. "While the feet of her art tread on the local culture of her land, her head is in a world of dreams above the clouds."

"Frida is the most colorful flower that blossomed in the grayness of the male world, she is an upright posture, a scream. And yet she is one of the rare artists who achieved it with a style peculiar to her."

"Passion, a desire to live, and resistance" were the fundamental concepts that made their mark on Kahlo and her paintings, Başkaya explained. It is plausible to assume that Kahlo's political stance and the rebellion in her paintings show parallels with the times she lived through.

Such traits of Kahlo's personality and the effort she put into her art may have played as great a role in her fame as the life she led.

Kahlo's personal life, including the relationships, diseases, accidents and surgeries she had, cannot have been the sole factors that brought her fame within the art world, according to Başkaya.

"Through the support that she got from her friends is incontrovertible, it's unlikely that she gained such fame only through her close circle," she commented. "Personal effort is indispensable for the enrichment of the personality.

"Noting Kahlo's interest in art and philosophy, involvement in an anarchist literature group, friendships with prominent Mexican figures in philosophy, as well as close relations with political circles, Başkaya argued that these must also have helped shape her artistic character and style.

"The positive criticism she received from the famous artists of the era after she started making a name with her first exhibitions had a significant impact in this period," she stressed.

According to Başkaya, Kahlo is an exceptional figure in art both characteristically and professionally in that she went through great experiences and responded with excellent decisions.