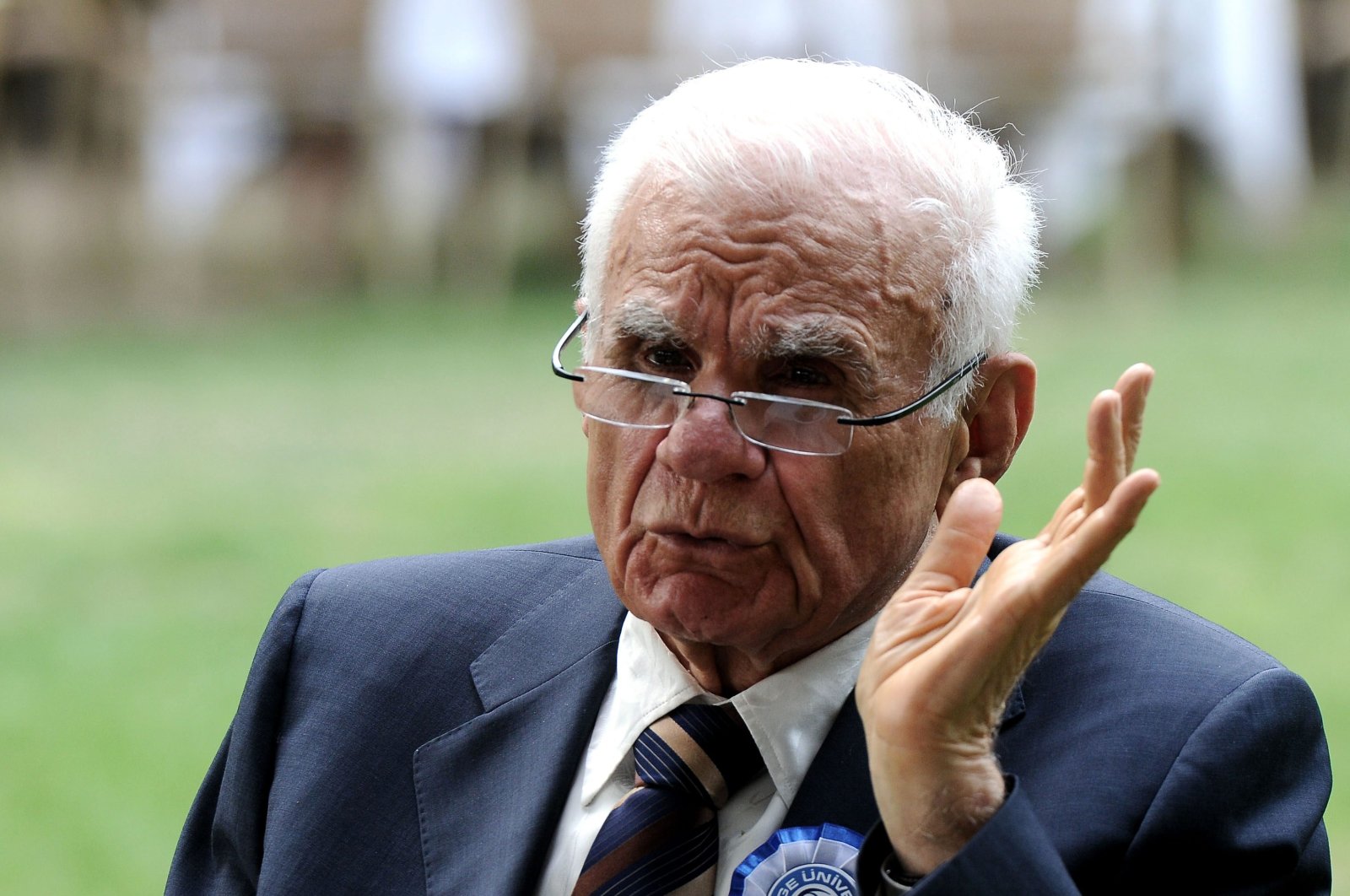 Yaşargil has been hailed as one of the two most significant brain surgeons of the 20th century with Harvey Cushing. (AA Photo)
by Hakan Arslanbenzer Apr 03, 2020 11:03 am

Accepted as the father of modern neurosurgery, Gazi Yaşargil was a doctor that changed medical history with his ingenuity in developing microsurgical techniques and instruments

Modern medicine in Turkey began with the opening of the first military school of medicine, namely “Tıbhane-i Amire” (Official Medical School) on March 14, 1827, during the reign of Mahmud II as a part of the modernization of the Ottoman army. The students of the medical madrasah at Süleymaniye were transferred to the new school and joined others selected from young military students. They learned French and Italian in order to have a better understanding of the latest medical knowledge produced in European countries.

The first surgeons were also taught at the new Tıbhane-i Amire. They received education in a separate class, which was called “Cerrahhane” (School of Surgery). In a few years, the Cerrahhane moved to separate premises at the Gülhane hospital. Meanwhile, the first alumni of the school of medicine, 63 students, were selected to serve in the army sections.

However, doctors and surgeons mostly served the Turkish military until the university reformation in 1933, when the medical schools began to teach more students and became the personnel resource of the newly established civil hospitals. The Turkish Republic also sent many students abroad, especially to Germany, to receive medical education. Among them, Gazi Yaşargil is perhaps the best example of a surgeon who made huge contributions to neurosurgery and has a worldwide reputation.

Yaşargil is one of the most innovative physicians in the history of modern medicine. Unsatisfied with the existing microsurgical techniques and encouraged by great professors such as Raymond M. P. Donaghy M.D at the University of Vermont and his mentor, professor Hugo Krayenbühl, Yaşargil took advantage of and improved emerging technologies such as angiography to develop microsurgery. His contributions to microsurgical techniques include his creation of innovative instrumentation, such as the floating microscope, the self-retaining adjustable retractor, microsurgical instruments and ergonomic aneurysm clips and appliers. His genius in developing microsurgical techniques for use in cerebrovascular neurosurgery has transformed the outcomes of patients with conditions that were previously inoperable.

Yaşargil was born “Mahmut Gazi” on July 6, 1925, in Lice town of Diyarbakır province in the southeastern region of Turkey, where his father was the governor. His family was kidnapped by the Kurdish rebels fighting against the government, when his mother was pregnant with him. After a few weeks on the mountains of Lice, the Turkish military rescued them. His father gave his son the name “Gazi” because of that incident, gazi being the title given to the survivors of war. Gazi was only 3 months old when his family moved to the capital Ankara. His ancestors belonged to the Turkish tribe, the Kayhans, initially resided in Beypazarı, Ankara, then moved to Istanbul upon the request of Mehmed II, aka Mahmed the Conqueror.

Yaşargil graduated from Atatürk High School and attended the School of Medicine at Ankara University. In 1944, he moved to Germany to continue his medical studies at the Friedrich Schiller University at Jena. However, his studies at Jena were interrupted by World War II in 1945. He transferred to a school in Basel, Switzerland, where he graduated at the end of 1949.

After his residency in neurology-psychiatry at Münsingen and internal medicine and general surgery in Interlaken, both in the Bern-Mitteland canton of Switzerland, Yaşargil began to study with Krayenbühl in neurological surgery, which gave him an opportunity to innovate in the profession, in 1953. The two worked on angiography for a decade. Angiography allowed the surgeon to examine and identify vessels and precisely locate anomalies and tumors. After working for 12 years in Zurich, he became an assistant professor in 1965.

Yaşargil worked together with Donaghy at the neurosurgery department of Vermont University in the U.S. between 1965 and 1967. They worked at the microvascular laboratory in Burlington, Vermont, and developed microsurgery by experimenting with many new techniques and devices.

Yaşargil returned to Zurich where he carried out his first brain by-pass operation using microscopic techniques in 1967. He published prominent manuscripts with Krayenbühl and became one of the most distinguished brain surgeons of his time. Yaşargil-Krayenbühl's publications put Zurich at the center of the neurosurgery circles of the world. Yaşargil founded the neurosurgery laboratory at the University of Zurich, which taught thousands of brain surgeons between 1968 and 1993.

Yaşargil has been hailed as one of the two most significant brain surgeons of the 20th century with Harvey Cushing, who discovered “Cushing syndrome” and is renowned as the founding father of modern neurosurgery. The American Association of Brain Surgeons named Yaşargil as the Top Brain Surgeon of Century.

Yaşargil has been granted countless awards and honors. Several neurosurgery laboratories in Little Rock, Arkansas, U.S., Oxford, U.K., and Beijing, China, have been named after him. The university hospital in Diyarbakır, his birthplace, carries his name, too.