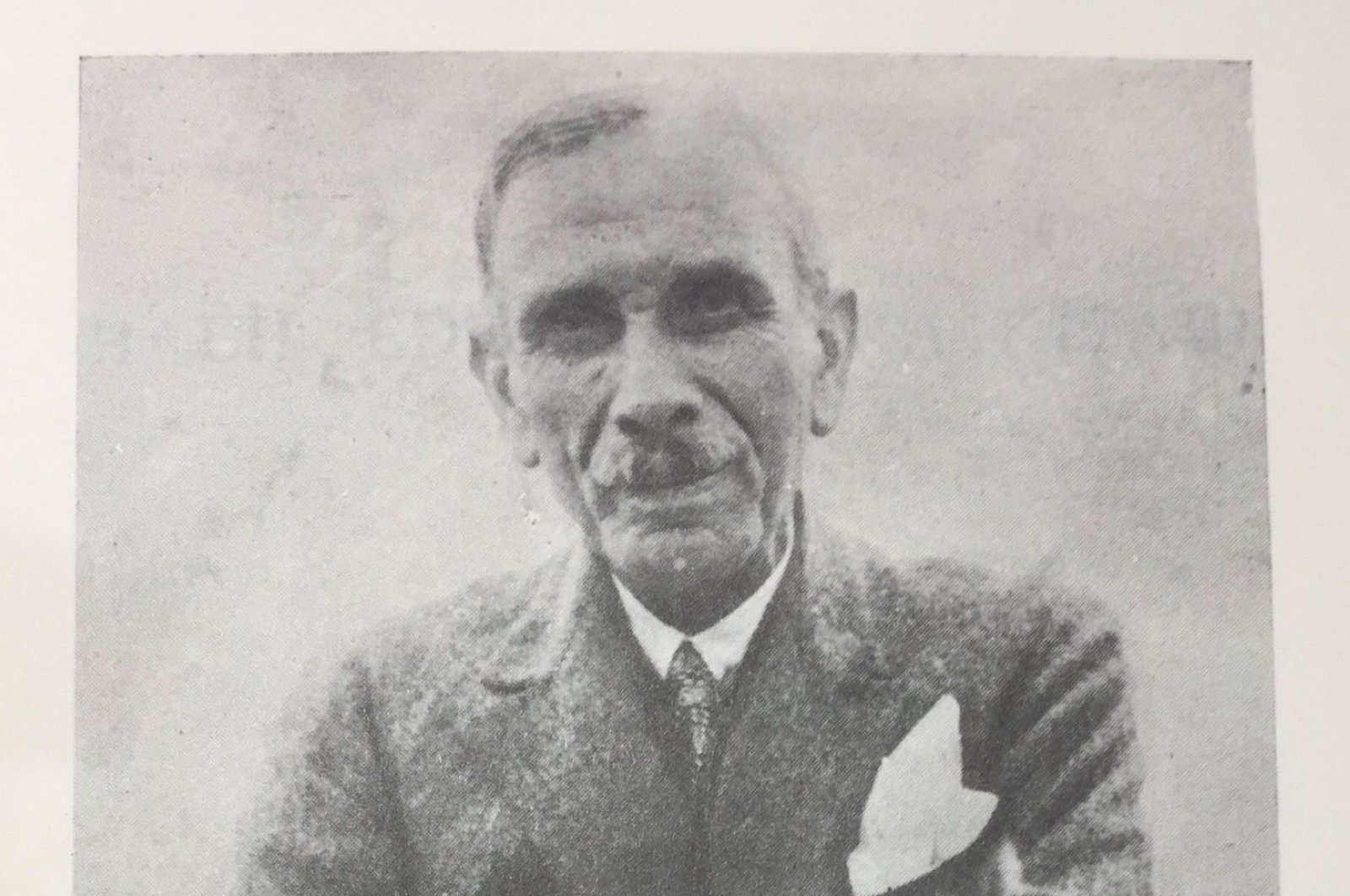 Even though he studied various sciences, Halil Ethem Eldem was highly interested in arts and art history.
by Hakan Arslanbenzer Jun 21, 2020 10:36 am

Famous Turkish painter Osman Hamdi Bey’s brother, Halil Ethem Eldem, made his mark as one of the most successful pioneers of Islamic archaeology, museology and art history in Turkey

Many Turkish cultural institutions, now considered symbols of Republican modernization, were originally founded during the Ottoman era. The Cumhurbaşkanlığı Senfoni Orkestrası (CSO, Presidential Symphony Orchestra) is the continuation of the Mızıka-yı Hümayun (Imperial Orchestra). Mahmud II had an imperial band established in place of the banned Mehteran Bölüğü (the Mehter Division of the Janissary army) in 1826. Two years later, he invited famous Italian musician Giuseppe Donizetti to Istanbul to manage the orchestra. Donizetti, who was granted the brigadier general rank after more than 20 years in service, was both the instructor and manager of the imperial band. Other Italian "pashas," or high-ranking Turkish imperial officers, followed him and taught and managed the Mızıka.

Likewise, the initial managers of the Müze-yi Hümayun (Imperial Museum) were the foreigners invited by the sultan of the time, Abdülaziz. Originally, the Ottomans were fond of collecting ancient weapons, which were kept in the Hagia Irene, an Orthodox church that was used as an arsenal after the conquest of Constantinople (Istanbul). In the 19th century, they began to collect ancient works, too. However, these did not constitute a proper museum in the modern sense. Instead, the weapons collection was called as "Mecma-i Esliha-i Atika" (Collection of Ancient Weaponry), and the antique collection was called Mecma-i Asar-ı Atika (Collection of Ancient Works).

The Mecma became a museum in 1869. When Edward Goold, an English teacher in the Ottoman military, was assigned as its manager, the name of the collection was changed to Müze-yi Hümayun and the collection was opened to the public. Goold was followed by Terenzio and Dethier, Italian and German nationals. Dethier contributed to the actual foundation of the Müze-yi Hümayun by authoring the first Asar-ı Atika Nizamnamesi (Ancient Works Charter), which is considered the constitution of museology in Turkey.

The most significant development in the early history of the Müze-yi Hümayun was the assignment of Osman Hamdi Bey, the most famous Turkish painter, as the manager of the museum in 1881. The Ottomans often invited foreigners to build a new institution depending on the latest knowledge of the field and hired them to manage the institutions until Ottoman nationals could be trained to succeed the foreign manager.

Halil Ethem Eldem, the third of the sons of İbrahim Ethem Pasha – one of the grand viziers of the Ottoman State – succeeded his elder brother in managing the Müze-yi Hümayun, which he transformed to the modern Arkeoloji Müzesi (Museum of Archeology) during the Republican era.

In fact, besides art managers, the Ethem family also raised several diplomats, academics and public servants. Mübarek Galip, İsmail Galip’s son, was a numismatist like his father. İsmail Galip’s grandson, Sedad Hakkı Eldem, was a prominent architect, while Halil Ethem’s grandson Edhem Eldem is a historian, who had several publications shedding light on the family history.

Halil Ethem Eldem was born on June 24, 1861. He was first schooled in Istanbul but moved to Berlin, where his father was the Ottoman ambassador to the German Empire in 1875. After graduating from high school in Berlin, he moved to Zurich, then to Vienna to study geology and chemistry at the Polytechnique (1881-1884). Though he studied natural sciences, he moved to Switzerland for a philosophy dissertation at Bern University. After his doctoral study, Halil Ethem returned to Istanbul.

He worked as an assistant director of the Military Factories in Istanbul for four years before working as a translator at the Military General Staff Headquarters. He also taught geology and chemistry at schools in Istanbul. He authored geology and chemistry books for students. He made geological observations in Gebze, where he discovered two fossils named after him, rhynchonella ethemi and acrocordi ceras halili.

Man of all eras

Halil Ethem was respected by not only prominent administrators of the Abdülhamid II era. The Committee of Union and Progress (CUP) also trusted him and assigned him many critical tasks. He was the head of the commission that collected antiques from Yıldız Palace after Abdülhamid was overthrown in 1909.

The same year, the CUP government assigned him as mayor of Istanbul which showed their reliance on him. However, he resigned just after two months since he had no passion for politics or urban development. He became the manager of the Müze-yi Hümayun after Osman Hamdi’s death in 1910.

He was also a member of the Tarih-i Osmani Encümeni (The Ottoman History Council) and chaired the Türk Tarih Kurumu (Turkish History Institution). In 1931, he was elected to Parliament and kept this position for two terms before his death on Nov. 17, 1938.

During his career, he wore many hats, having published works in various fields, including geology, chemistry, history, art history and numismatology. He was the editor-in-chief of the Tarih-i Osmani Encümeni Mecmuası (Journal of the Ottoman History Council) and Türk Tarih Encümeni Mecmuası (Journal of the Turkish History Council) from 1911 until 1928. He also published some popular booklets on museums, including the Topkapı Palace Museum, which he helped found.