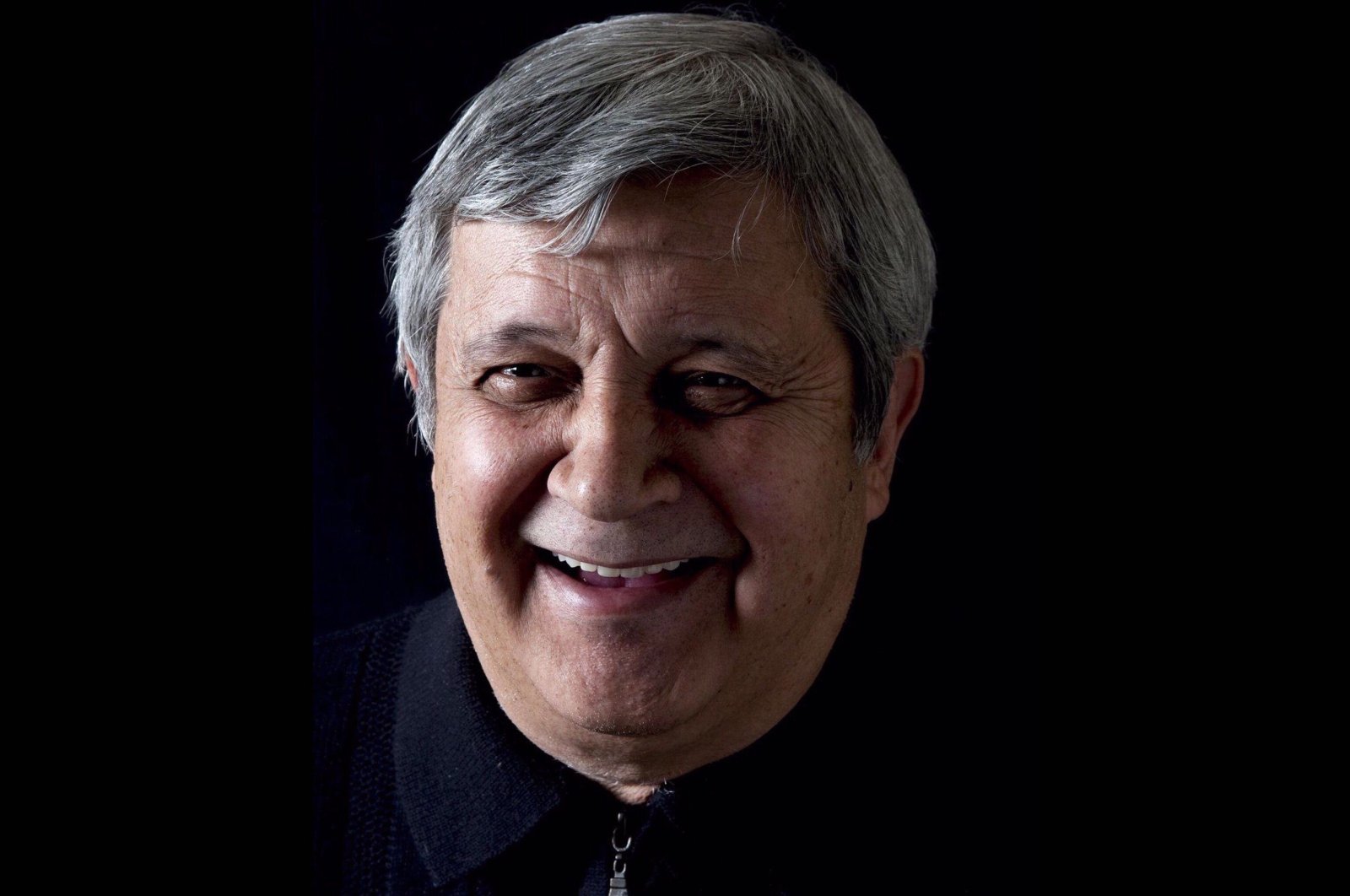 Halit Akçatepe, the famous actor of Turkish cinema's Yeşilçam era, was remembered on the third anniversary of his death on March 31. Best known for playing Güdük Necmi's character in “Hababam Sınıfı” (The Class of Chaos), the actor was one of the most-loved figures in Turkish cinema.

On Jan. 1, 1938, Akçatepe was born in Istanbul to actor parents. His father, Sıtkı Akçatepe, is known for his character Sıtkı Paşa in "Hababam Sınıfı," while his mother Leman Akçatepe, played mother figures in Yeşilçam movies.

The actor, who has two elder brothers, took a part in a play titled “Nasreddin Hoca Düğünde” (Nasreddin Hodja in Wedding Ceremony) in 1942 when he was just 5. This was his first step in the world of acting. Akçatepe, who later started to perform at Istanbul City Theater’s Children Department, appeared before the audience with nearly 40 children’s plays until the age of 15.

The parents of Akçatepe actually did not want him to be an actor. That is why he received education for a year at Sultanahmet Academy of Economics and Commerce after Saint Benoit French High School.

Without finishing his education in the academy, Akçatepe completed his military service as a reserve officer and then received training in law school for two years. Instead of taking classes during those years, the artist went to the youth theater of the University's Student Union. He acted as an amateur actor in many plays there.

Akçatepe, who then took part in the cast of Muammer Karaca Theater, started the social anthropology department of the Faculty of Literature during this period. He professionally stepped into the stage acting world for the first time with a play called "Sel" (Flood) in 1960 and worked with many master figures such as Zeki Alasya, Metin Akpınar and Kemal Sunal during his time in the Devekuşu Cabaret.

Akçatepe, who entered Yeşilçam with the movie "Bir Varmış Bir Yokmuş" (Once Upon a Time), said talk about his theater life in an interview.

"At those times, I couldn't think of anything other than theater. It was like there is only me and theater in the world," he said. "I professionally performed on stage with 'Sel' in 1960. Until today, I took part in 43 plays in 16 separate theaters."

The artist, who starred with Kadir İnanır and Hülya Koçyiğit in the movie "Üç Arkadaş” (Three Friends), met filmmaker Ertem Eğilmez in the early 1970s. Then, he performed side roles in “Beyoğlu Güzeli” (Beauty of Beyoğlu), “Sev Kardeşim” (Love My Brother/Sister), “Tatlı Dillim” (Sweet Talker), “Köyden İndim Şehire” (From the Village to the City) and “Mavi Boncuk” (The Blue Bead) respectively. His characters were much-loved by spectators, and the actor became the most-anticipated figure of Ertem Eğilmez’s movies.

Akçatepe spoke about motion picture acting in a statement to Ses Magazine on Apr. 8, 1972: “I have embraced the theater like a stupid lover for years. Now, I know that there is the cinema. From now on, I will try to prove that Halit Akçatepe is in the cinema. I have to work, I have to work hard. But I know I will be victorious in this endeavor."

Akçatepe, who played the character of Güdük Necmi in Eğilmez’s "Hababam Sınıfı,” adapted by Umur Bugay from the novel of Rıfat Ilgaz, became one of the unforgettable figures after this series.

Akçatepe was also deemed worthy of the Golden Orange Lifetime Honor Award with Mehmet Dinler, Tuncel Kurtiz, Perran Kutman and Engin Çağlar in 2011. He often played character roles in emotional comedies and starred in more than 70 feature films as well as commercials in his 50-year art life.

Halit Akçatepe, who had a special place in the heart of Turkish audiences with unforgettable characters, died from heart failure on March 31, 2017, at a hospital in Istanbul. The artist's body was buried in the Karacaahmet Cemetery after the funeral prayer performed at the Üsküdar Şakirin Mosque.