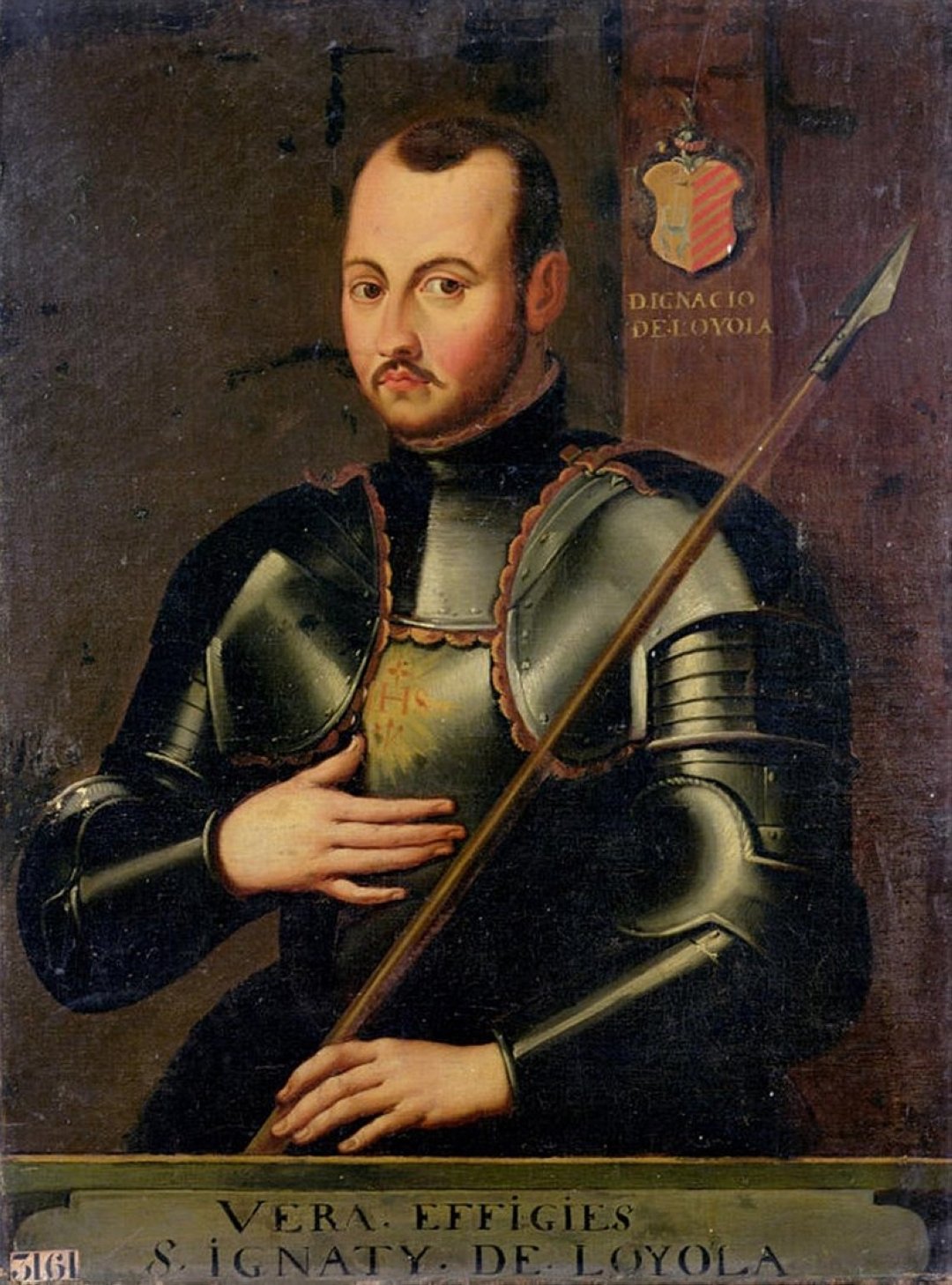 In English poet John Donne's "Ignatius His Conclave," Lucifer in hell has two undersecretaries: Machiavelli and Loyola, who puts Machiavelli's writings into practice. Even Lucifer is wary of Loyola, fearing he will overthrow him. Well, who was Ignatius Loyola, the man that even Lucifer feared?

Don Inigo Lopez de Loyola was born in 1491 (or in 1495 according to a rumor) in a small village called Loyola, near the French border in Spain. He was the youngest of 13 siblings, comprising eight boys and five girls. Ignatius lost his mother when he was 7 years old. He joined the army in 1517 and began working under the auspices of the Duke of Najera. He participated in various wars with him.

In 1521, a war broke out between France and Spain. While defending the town of Pamplona against the French, Inigo was wounded in the right leg by a cannonball. His leg was nearly broken. He recovered within a month but was left lame for life.

Inigo returned to his village to rest. During his convalescence, he read the books given to him by the nurses describing the lives of the saints and Jesus. After reading them, he became interested in religious issues. He became friends with people affiliated with the Alumbrados (Illuminated) sect.

The members of the Alumbrados sect seemed to be Christians but were mostly Jews who secretly practiced their faith and met in small groups at homes. Like the Hermetics in the East, they did not believe in any divine religion or external worship. They believed that God could be reached and even spoken to through spiritual evolution. Inigo joined them without hesitation.

After about a year, Inigo was well enough to get out of bed but he had neither the desire nor the enthusiasm to do military service anymore. He went took refuge in the town of Manresa, outside of Barcelona, where he locked himself in a cave. To earn a living, he occasionally worked as a caregiver in the town hospital. He also changed his name to "Ignatius" in homage to St. Ignatius of Antioch.

In the cave where he stayed for months, Ignatius became an ascetic, fasting, praying and flogging himself. His body got weaker after a while, and he sometimes lay for days as if he were dead. He began seeing demons and jinn. Ignatius sunk into a severe depression and nearly committed suicide. Then he had visions and claimed to have contacted God and experienced enlightenment. He began keeping a diary of his experiences. Thus, the book “The Spiritual Exercises” (“Exercitia Spiritualia”), which he would later publish and which would become the handbook of the Jesuits, started to take shape.

Ignatius' father, Beltran de Loyola, had participated in the Granada campaign against the Muslims. One of his brothers also died while fighting the Turks in Hungary. Due to these reasons, Ignatius hated Turks – that is, Muslims – from his childhood. He went on a pilgrimage to Jerusalem in 1523. His purpose was to live there and convert Muslims to Christianity. But the Christian clergy of the city under Ottoman rule did not like Ignatius and wanted him to leave. Ignatius then returned to Barcelona.

In Spain, Ignatius began preaching to the people. Despite his advanced age, he realized that in order to complete his projects and make people take him seriously, he had to have a diploma. He enrolled in a school to complete his education, which he had left unfinished due to his military service. He later continued his education by going to the universities of Alcala and Salamanca.

While studying at the University of Alcala in 1527, Ignatius came to the attention of the Inquisition due to his ideas and the book he was writing, “The Spiritual Exercises.” Ignatius’ thoughts were very similar to the belief system of the Alumbrados sect, which the Inquisition was chasing. Ignatius was jailed and interrogated for allegedly being Marrano (an individual secretly practicing Judaism). He told them that he wrote this book with direct inspiration from God. He was imprisoned for more than a month but was later released.

Ignatius, in order to get away from the Inquisition, went to Paris in 1528 and continued his lectures at the University of Paris. While studying here, he was accused of corrupting the youth. He had many followers among his students, especially his friends such as Pierre Favre and Francisco Xavier. It was here that he laid the foundations of the society he would establish in the future. He graduated at the age of 44.

Ignatius, who went to Italy with his followers, wanted to go to Jerusalem from Venice. But at that time Venetian-Ottoman relations were bad. Thereupon, Doge of Venice Marcantonio Trivisan found Ignatius, who was staying in Venice, and sent him to Rome.

Ignatius and his friends met in Rome in the spring of 1539. They started to work to establish a new sect to spread their faith. They prepared a small regulation, which they called “Formula,” describing their duties. They presented it to Pope Paul III as a cult offering.

The person who helped Ignatius the most in Rome was Cardinal Gasparo Contarini. The Contarinis were one of the families that founded Venice. Gasparo, who made reforms in the Catholic Church with Pope Paul III, was the leader of the Spirituali sect, which was a counterpart of the Alumbrados sect in Italy. So, despite the objections of some other cardinals, the pope accepted the offer and the Jesuit order began its activities on Sept. 27, 1540, as the Society of Jesus.

The Society of Jesus was organized as a military sect. For this reason, “the templar of the 13th century was a Jesuit and the Jesuit of the 17th century was a templar,” according to the Freemasons. Serving as the first superior general of this new order, Ignatius died in 1556. He was buried in the Church of the Gesu, the first church and center of the Jesuits in Rome designed by his friend Michelangelo.