İlhan Berk: ‘You are free to the extent of the meaningless’ 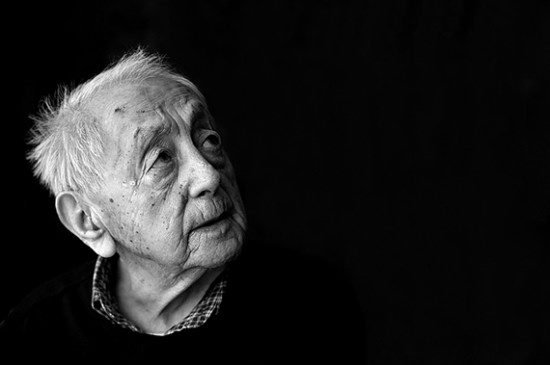 Periodization of modern Turkish poetry has been an ongoing debate for decades. The academic syllabus accepts that modern poetry began in the Tanzimat reform period, in the mid-19th century, by innovative poets like Şinasi and Namık Kemal. On the other hand, general approval of the poetry circles depicts a picture of modern Turkish poetry beginning with the Garip (the Strange) movement of the late 1930s, which was initiated by Orhan Veli and friends. Some people even think that Garip was the “Birinci Yeni” (the First New) movement, provided “yeni” is one of the Turkish words to translate “modern.”

Both ways of periodization depend on ideological interpretations of Turkish poetry to some extent, while neither of them has anything to do with poetry aesthetics. I think one should take into consideration the differentiation between the terms “modern” and “modernism” when periodizing the last centuries of Turkish poetry. Şinasi and Kemal did something very new by adding innovative forms to the old body of poetry. However, neither the two founding fathers nor their peers and disciples could be assessed as being modernists in their aesthetic visions.

So, when did modernism start in Turkish poetry? Was Nazım Hikmet a modernist poet? Or can we put Necip Fazıl at the ground zero of the modernist movement? I suppose no one can claim that Hikmet, Fazıl or any of their peers were responsible for initiating the modernist momentum since all of them owed some part of their poetry to the tradition. The first generation – which tried to write poetry depending heavily on the actual moment rather than making innovations, renewals or shifts within the framework the tradition – was that of Veli and friends – the Garip movement, in short. Yet, the Garip was only against tradition, which didn’t exist according to Cemal Süreya, and couldn’t create convincing aesthetics of their modernism in a poetical way. The members of the Second New movement of the 1950s, on the other hand, managed to invent really modernist aesthetics that included too many experiments, some of which were done for the sake of merely experimenting and caused too many lines with ambiguity or made no sense at all. İlhan Berk and Ece Ayhan were the “uç beyi” (margraves) of the Second New. Berk was generally the most experimental of all.

Berk was born “İlhan Birsen” on Nov. 18, 1918, in Manisa province to a lower-middle-class family. His father Veli was a businessman though he was illiterate. İlhan was raised by his mother Hesna, who divorced Veli when İlhan was very young, and his older brothers, who worked at the local marketplace as grocers.

Berk graduated from the Balıkesir School for Teachers and became an elementary school teacher. However, his true ambition was poetry and he published his first volume of poetry, “Güneşi Yakanların Selamı” (Salute of Those who Burnt the Sun), carrying heavy influences of Hikmet, in 1935, when he was a still a student. He had been publishing some poems at local periodicals in Manisa including the “Yeni Doğuş” (New Birth) published by the Manisa People’s House. He worked as an elementary school teacher in the Espiye village of Giresun province before he joined the army for compulsory service. After completing his military service, he was assigned as a teacher in Edirne province.

Berk enrolled at the French department of the Gazi Teachers’ College and graduated from that school in 1944. He taught French at secondary schools in various provinces until 1955 when he began to work as a translator for Ziraat Bank, where he retired in 1969.

Berk’s early poetry shows the influences of such epic poets as Hikmet, Guillaume Apollinaire and Walt Whitman. He used to write long lines, with every poem spanning pages, which he mocked in later years saying, “I used to write blanket poems in those years.” His early poetry shows his enthusiasm toward life, people and urban sights, which the volume named “Istanbul” characterizes best. He could mention anything in these poems from the lead domes of ancestral mosques to the heavy weights daily workers carried from place to place in the commercial districts of Istanbul. His poems looked like notes taken while walking through the streets of a crowded city.

Berk left the blanket form under newer influences he received from the younger poets of the Second New. He changed the form of his style in the early 1950s and became a dedicated member of the modernist movement.

“Galile Denizi” (The Sea of Galilee) was Berk’s first but triumphant book written in the Second New style. The volume included exotic, individualistic and momentary insights of any interesting aspects of Istanbul life. Ece Ayhan claims in an interview they made together with Cemal Süreya and Tomris Uyar that Berk converted to Christianity in the 1950s, but Berk denies this by saying only, “I didn’t.”

Whether or not he converted to any religious or ideological belief, Berk was so interested in the charismatic figures of religion that he wrote some of his most outstanding poems on religious figures such as Abu Hanifa, the leader of the Hanafi school of thought in the Sunni branch of Islam.

Berk also made many experiments in the text of his poetry. He even imitated Lettrism with nonsensical images of alphabetical letters. He also wrote concrete poetry by using the scatter of words on the paper as pictures.

On the other hand, Berk remained the poet of blanket poems written on cities and human figures. He liked to write cultural and intellectual poems, which prevented him from making a firm connection with the general audience. Though he was granted numerous prestigious poetry awards, he didn’t become a popular icon in the media. His name was iconized after his death.