In memory of the Poet of Jerusalem: Nuri Pakdil through the eyes of friends 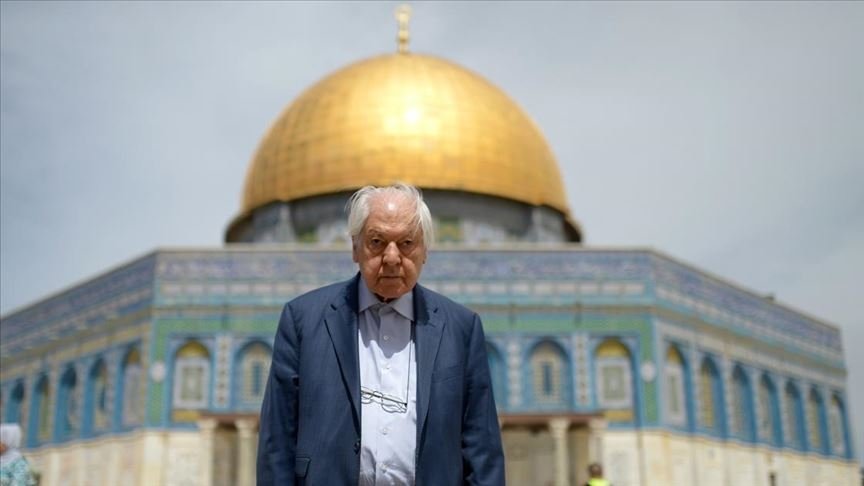 The people closest to renowned Turkish author Nuri Pakdil remember him dearly and share insights into his life before his 2019 death.

Born in the eastern Turkish province of Kahramanmaraş in 1934, Pakdil, often referred to as the "Poet of Jerusalem," significantly contributed to Turkish literature, writing over 40 books and receiving dozens of awards from the literary community over the course of his career.

In 2019, he was posthumously honored with the Culture and Arts Grand Award, which was then bestowed by Turkey's Culture and Tourism Ministry and now by the Turkish Presidency. Pakdil always defined himself as a Muslim and revolutionist whose motto was "I stand by the religion that stands by labor and freedom."

Necip Evlice, a Turkish author and poet who knew Pakdil for 50 years, said that Pakdil would call him Idris Hamza which later became his pen name in literary circles. "Pakdil always promoted new things and learning. He was fond of improvement and novelty," Evlice said. "He thought that everyone needed to know a foreign language at least enough to read and research."

Pakdil himself spoke three languages – Turkish, French and English – also learning some Kurdish to gain a better understanding of the debates being had by the Kurdish population of Turkey.

Besides being an author, poet and thinker, he also translated many books from French into Turkish, including the works of playwright Eugene Ionesco, poet and screenwriter Jacques Prevert and the poems of Eugene Guillevic.

Evlice hopes to commemorate Pakdil's life, saying: "My priority, for now, is to open a foundation in Pakdil’s name. As he placed great importance on reading, research and learning, we want a place where people can gather to study, learn all manner of arts and remember him." Evlice thinks the foundation would be best suited to Ankara as that is where Pakdil spent most of his life.

Evlice noted that at least two new books were set to be published soon. One of them, which he is working on, will be comprised of his previously unpublished works while the other will be a collection of letters Pakdil sent and received throughout the last 70 years of his life.

Maia Dvalishvili, another close acquaintance of Pakdil, recounted the poet's final years. Originally from Georgia, Dvalishvili said that Pakdil appointed her the Turkish name Ayşe, which she later would come to be known as. She, too, emphasized the importance that Pakdil placed on education and learning, saying: “He was both a teacher and a father figure for the youth. He always advised the youth to learn foreign languages, to study abroad.” However, Pakdil always encouraged the youth to return home following their studies abroad and apply their knowledge to Turkey.

Melike Aydın, Pakdil's assistant and one of his closest acquaintances, added that Pakdil was like family and a father to everyone around him. "He was one of the most true-hearted people that one can know. I've never known anyone like him; he was unique in the world."