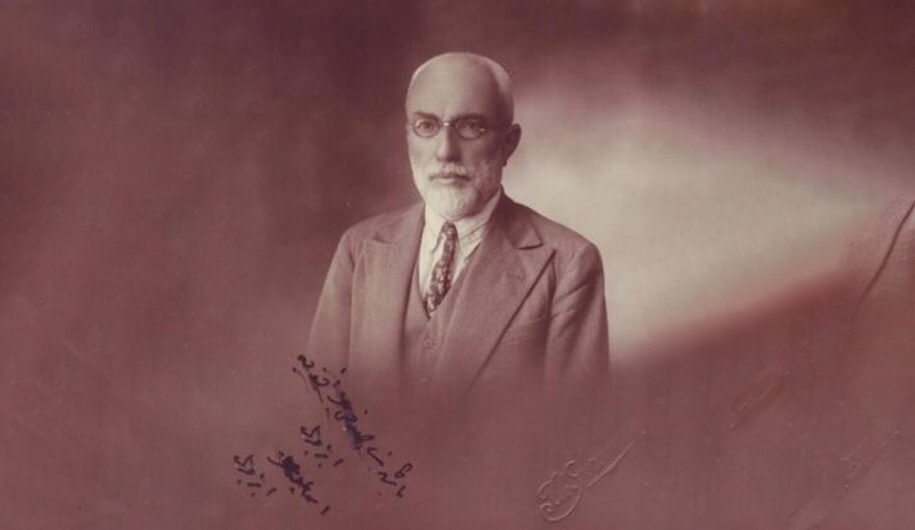 Ismail Hakkı Izmirli was a historian of religion known for his vast knowledge about the Islamic ontology in the last periods of the Ottoman Empire.
by Hakan Arslanbenzer Jan 15, 2021 2:08 pm
RECOMMENDED

The final generation of Ottoman scholars established two areas of knowledge. The first was traditional and taught in madrassa educational programs through the interpretation of classic texts. The second field of thought was more experimental, combining new knowledge attained around the world and comparing Islamic and Western epistemologies through dialectics tactics. Ottoman intellectuals were consumed by debating abstract questions such as whether rational knowledge can be achieved without prophetic transpositions or whether Islam is in fact an obstacle to progress.

Unlike in Western culture where religious and secular knowledge clash, Ottoman scholars and intellectuals did not consider the two ways of thinking incompatible. Madrassa and Darülfünun (university) students lived together, while scholars lectured at both institutions. The lack of official differentiation between the clerical and secular allowed scholars to debate among themselves any field of knowledge.

Interestingly, it was often the madrassa scholars, experts in Islamic knowledge, who initiated debates on Western philosophy. In particular, the Islamist scholars of the Second Constitutional Era would defend the principles of the Islamic faith in philosophical terms. Among many scholars contributing to such debates, Ismail Hakkı Izmirli was particularly significant thanks to his vast knowledge about the ilm al-qalam, the Islamic ontology.

Ismail Hakkı Izmirli was born in 1869 in western Izmir to Hasan Efendi, a military officer, and Hafize Hanım, his mother who raised him from an early age after his father's death. After primary school, he memorized the Holy Quran with the help of Ama Hafız, his mother's paternal uncle. He enrolled at the madrassa and rüştiye (secular junior high school) at the same time, which would be reflected in his later amalgamation of Western philosophy and Islamic Qalam.

After graduating from junior high school, Izmirli was assigned as a schoolteacher to Namazgah Primary School in 1891. He also taught at the Izmir Darülmuallimin (School for Teachers) and Izmir Idadi (High School). He continued his studies at the Darülmuallimin-i Ali (College for Teachers) in Istanbul, from which he graduated in 1892.

Izmirli continued his studies at the Fatih madrassa and received an ijazah, a license to transmit certain knowledge given by one who already has the authority to students once they reached a certain level, from Hafız Ahmed Şakir Efendi. He received private lessons on scholar Ibn al-Arabi’s “Fusus al-Hikam,” a translation of one of the most important works written on Islamic Mysticism, from Ahmed Asım Efendi. Izmirli also obtained a Sufi ijazah (permission to propagate the teachings of the order) of the Shadhiliyya order from Husain al-Azhari.

Izmirli was a teacher of many topics including history, Arabic, Islamic ontology and usul al-fiqh (Islamic principles of jurisprudence) at different levels of various educational institutions including the Mülkiye Mektebi (Faculty of Political Sciences). He also worked as a school principal and director of the Darülmuallimin-i Ali. In 1909, Izmirli moved to Istanbul’s Kadıköy district, where he spent most of his life.

In 1909, Izmirli was assigned as a professor at Darülfünun, where he taught until he retired in 1935. His reputation as a scholar and director led to his appointment as a special inspector of the reformation of madrassas between 1914 and 1918. He taught the Islamic history of philosophy at the Süleymaniye Madrassa from 1915 to 1923 and taught philosophy and Qalam in several other madrassas in Istanbul.

Izmirli worked for the Tedkikat ve Telifat-ı Islamiye Heyeti (Committee for Islamic Studies and Works) for two years in Ankara until the new regime closed the madrassas. After that, he returned to Istanbul and began to teach at the Faculty of Theology, where he became the dean in 1931. He also worked at the Institute for Islamic Studies before his retirement.

Izmirli worked for various committees and institutions created for the rehabilitation and consolidation of Islamic studies. He also was a reserve member of the Turkish History Institute and a Turkish group member at the International Scientific Academy in Paris.

While he was not active in politics, unlike many scholars of his day, Izmirli was a member of the Committee of Union and Progress for whom he made public speeches in Kayseri and Konya to help support the constitution after the 1908 revolution.

Izmirli is best known for his philosophical and historical works. He tried to reconcile traditional Islamic ontology with secular philosophy, making his works both interesting and readable.

Unlike some madrassa scholars, who spend much of their energy apologetically defending the Islamic faith to Westerners, Izmirli joined the “Yeni Kelam” (New Islamic ontology) movement of the late 19th century. The movement was an attempt to reform the old understanding of the Qalam in order to answer the needs of modern Muslims in an era when Islamic society was in decline and Western civilization was ascending.

He wrote numerous books and pamphlets on philosophy, comparing Muslim and Western thinkers, the Qalam and the history of hadith literature. Some of his works have been republished since his death. He also translated the Holy Quran into Turkish, which is also reprinted continuously.

“Yeni Ilm-i Kelam” (“The New Qalam”) is Izmirli’s masterpiece because of its originality, historical value and continuing validity. In this reformist book, Izmirli gives a full description of the new Qalam in the late 19th century in an attempt to renew and reform the traditional understanding of the Qalam in line with the questions modern Muslims may have in an ever more Westernized world.